Japan and the art of survival

A review of 'Bending Adversity' by David Pilling 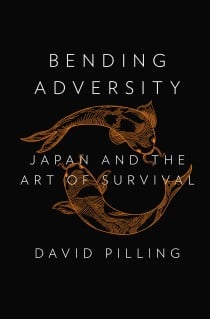 BENDING ADVERSITY: JAPAN AND THE ART OF SURVIVAL

Pilling’s tour of modern Japan has enough going for it to deserve your eyeballs. The author spent eight years (from 2001-08) as a foreign correspondent in Japan for the Financial Times and returned to cover the tsunami and nuclear meltdown in 2013, which means he gets to pepper his arguments and historical treatments with hard-earned personal anecdotes and observations. For those uninitiated in things Japanese—and that is most of us, ever since Japan’s meteoric economic ascendance hit a wall about 20 years ago and China took its place in the popular imagination as the prime Asian economic miracle/competitor—Japan, past and present, offers a fascinating alternative universe.

Pilling offers a relatively uninspired theme rather than anything much resembling a thesis: Japan has had to find a way to deal with adversity, from its total defeat in the Second World War, to its protracted economic crisis of the 1990s and recent nuclear catastrophe. The strength of the book is its reassessment of the main tropes of Japanese history, culture and economics. For example, it is true that the ’90s were bad for the Japanese economy. A person who stuffed money under their mattress for 10 years saw a far better return than the average investor. However, though it is commonly thought that Japan has never really recovered, it turns out its per capita income has risen faster since 2002 than that of the United States or the United Kingdom or Norway. Its declining population makes GDP growth a tall order, and a misleading guidepost.

Perhaps the most interesting part of the book concerns life in a period of low or no growth. Japan remains wealthy, and some see advantages in the sputtering economic indicators. As one of them put it: “People talk of Japan losing its economic power. But that’s OK. We don’t care. We don’t want to be a superpower. Our values are evolving.” Of course, young Japanese have to face the anxieties of entering a job market in which they can’t expect to find employment for life with a single company, as their parents did. The novelist Haruki Murakami remains sanguine about Japan’s struggles after the boom years: “We are lost and we don’t know which way we should go. But this is a very natural thing, a very healthy thing. It is time for us to think.”