Jonathan Safran Foer: The next big thing in books is back

More than a decade ago, Jonathan Safran Foer was tagged as the next great American novelist. Then came the drought. 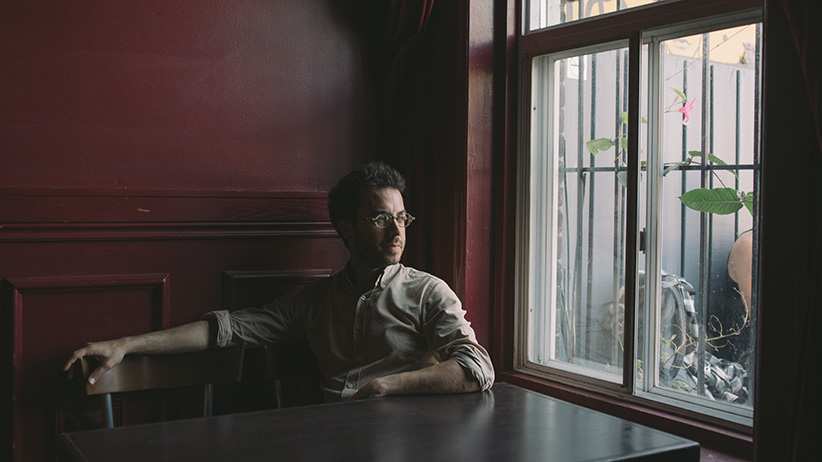 Few novelists have had as promising a youth as Jonathan Safran Foer. His first two books, Everything is Illuminated and Extremely Loud & Incredibly Close, both came out when he was in his twenties; both were successful; both were made into movies. He was often discussed as one of the prime candidates to become the next great American novelist. Then more than 10 years went by without another fiction book; he had ideas, but most of them didn’t come to anything. “I started and stopped an awful lot of projects,” he says. “This book didn’t take any longer than my other books, it just took me a hell of a long time to start.”

He’s talking about his third novel, Here I Am, the tale of a marriage that breaks up in part because of the husband’s sexting (which, thanks to Anthony Weiner, is always topical). And everyone wants to know why it took him so long. Did the pressure get to him? “I didn’t feel enough pressure,” he says, over a table in a darkened upper room at Tequila Bookworm in downtown Toronto. “I didn’t feel compelled to finish a book. I was in no great rush. Frankly, if I’d had more pressure, I might have written more quickly, but I was content to take my time.”

Does that mean he lost his chance to become the next great American novelist? “I don’t even know if anyone cares about that expression anymore,” says Foer, who has an affable manner, pointing out the flaws in a question without sounding mean about it. “I don’t know that anybody believes in the notion of a great American novel, but everyone feels a weird obligation to refer to it. My guess is it wasn’t coined by an American.”

Still, when Foer first came on the scene, there was an obvious craving for the next big thing in the world of fiction. There are lots of novels, some of which even sell or win prizes, but there are few celebrity novelists, in the way that writers as different as Jonathan Franzen or J.K. Rowling are celebrities. In America, especially, older novelists have retired or died without being replaced by comparably famous younger writers.

Foer seemed to have the right combination to become that kind of star. His first two books were recognizably serious without being inaccessible. (“If somebody called my novels popular novels, I wouldn’t lose any sleep over it.”) Both books mixed big issues with humour; they used unexpected techniques, like incorporating pictures into Extremely Loud & Incredibly Close, without seeming off-putting to casual readers.

Foer has also been described as more media-savvy than the average novelist, even though—or maybe because—he avoids social media. Soon after his Maclean’s interview, Foer would do a question-and-answer session for a capacity crowd at the Toronto Reference Library, getting laughs with stories about his kids and his travels. He even has a distinctive look—the glasses, the ever-present stubble—that makes him easy to identify. He became famous enough that his separation from his wife, fellow Brooklyn-based novelist Nicole Krauss, was fodder for gossip columns.

All he needed was that next novel. So why didn’t it happen? In part, he was working on other things, like Eating Animals, a non-fiction book written in collaboration with a non-profit group about the ethics of eating meat. He didn’t need to get something out there, either by personal desire or financial need. The central plot device of Here I Am was originally crafted for an HBO show Foer created: after Ben Stiller and Alan Alda were already cast, Foer decided that running a television show was not for him, and the network pulled the plug rather than turn it over to someone else.

Foer may have put too much pressure on himself even as others put on too little. “I always think of the next thing as the last thing I’m going to write. What’s good about that is I keep myself honest with respect to my own ambitions and ideals as a writer. What’s bad about it is, it’s very stifling, because realistically, not a lot is going to clear the bar of being the last thing you’ll ever write.”

Now that he’s no longer expected to be the voice of a generation, what is he? For one thing, he’s clearly a personal novelist. A character in Everything is Illuminated was named “Jonathan Safran Foer,” but the main character of Here I Am may come off as even closer to the real man: he’s a writer, he lives in Foer’s former hometown of Washington, and his troubled marriage is inevitably being compared to Foer’s own. Jacob Bloch isn’t actually Foer and Julia Bloch isn’t Nicole Krauss, but positive and negative reviews alike note the similarity, and that this is more clearly about one man than the first two novels. 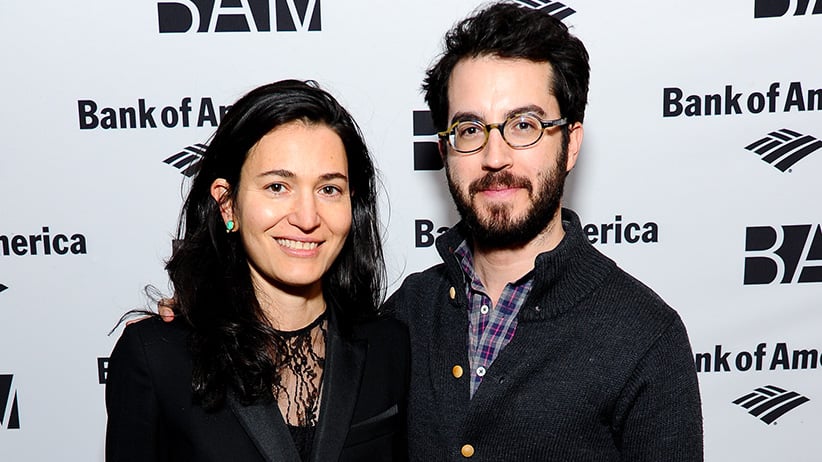 Some of this may be the natural difference between novels written by a single twenty-something—his first book grew out of a university thesis—and one written by a father in his late thirties. “The things that draw me in aesthetically have changed,” he says. “I used to be enamoured of a certain kind of style, the big exuberant experimentation. Now I’m interested in a precision, smallness, domesticity.”

He’s now even more clearly a novelist of identity—specifically, Jewish identity. Extremely Loud & Incredibly Close was somewhat less explicitly Jewish than his first novel, to the point that the film version simply dropped that part of the main character’s background. If there’s ever a Here I Am movie, that will be much harder to do; the book is explicitly about being Jewish and what it means today. In what some critics have seen as a Foer formula, it places the personal story in the context of a world-historical event, an earthquake in Israel; it also touches on the contrast between U.S. Jews and Israeli Jews.

Foer says the earthquake “doesn’t happen until page 250, and doesn’t actually occupy that much page space in the book,” and yet it “plays a huge role in the readers’ consciousness, apparently.” He says that some readers see the book as a domestic drama, while others tell him, “So, you’ve written a novel about the destruction of Israel?”

Though Foer doesn’t like some labels that are slapped on his work, he’s happy to talk about the importance of Jewishness to his fiction. “I’m not religious, I’m not a believer, I’m not observant, I’m not ritualistic, I’m not even particularly well-versed in things Jewish. But when I write, it comes out again and again in a kind of irrepressible way, in a way that not only interests but moves me. Nothing in my writing surprises me as how often that comes up. I find it very hard to explain, except in the most obvious way, that it obviously means a lot to me.”

Still, this comparison may come up because that type of novel—examining the inescapability of Jewish identity even for people who feel assimilated—isn’t as common as it used to be. There may be a hunger for that kind of story. At the Toronto Reference Library, Foer found himself fielding questions about the Old Testament (which is heavily referenced in Here I Am) and Fiddler On the Roof (which isn’t).

That kind of writing may accidentally become as appropriate to our time as Foer’s early style was to the 2000s, an era when books seemed to matter more. “On my ﬁrst tour, there was no social media. It didn’t exist,” he recalls. “There were a lot of newspapers, a lot of radio stations, and a lot of coverage of books. The number of local newspapers has diminished, it feels like, by half. The ones that still exist have cut their book coverage in half. So it feels like a quite different world.”

Reviews of Here I Am have been mixed, often in the same piece: the New York Times called it “often brilliant, always original but sometimes problematic,” and Foer’s own favourite review so far is that Guardian article, where “I don’t even know if the person liked it. But it was so thoughtful and sensitive.”

Just as Foer doesn’t appear to worry much about the press, any more than he worried about living up to his hype, he’s not out to change the cultural conversation, as he was with Eating Animals. With Here I Am, “I had no argument to make. I didn’t feel as though I had anything to prove. I just wanted to write something I would be proud of,” he says, adding immediately: “It sounds like such a naive, overly simplistic way of thinking about fiction. But I found it almost impossible to write something I’m proud of. And that’s what I wanted to try.”