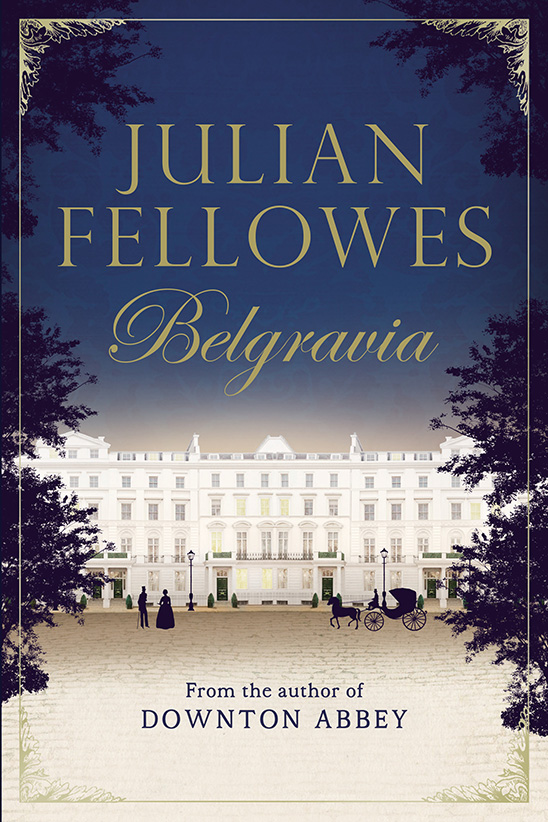 Europe on the brink of war, British society dancing at a ball and the birth of a long-simmering scandal: it could be a scene in Julian Fellowes’s Downton Abbey. Instead it’s the beginning of his newest creation, a novel plunging into the murky underpinnings of the English class divide, in which reputations can be destroyed with a glance or ill-considered letter.

While Downton starts just before the First World War, Belgravia begins in Brussels, on the eve of another momentous conflagration. It’s 1815, Napoleon is marching toward the city, yet the crème of British society is attending a lavish ball given by the duchess of Richmond. On display is a dalliance between the duchess’s nephew, Edmund, Viscount Bellasis and Sophia Trenchard, daughter of a middle-class supplier to the duke of Wellington’s army. The next day Wellington defeats Napoleon at Waterloo. Edmund dies in battle, leaving Sophia to tell her parents that she’s discovered her secret marriage to Edmund was likely a sham, and she’s pregnant. She dies in childbirth and the illegitimate baby is placed in a suitable home.

Flash forward a quarter-century. Sophia’s father is wealthy from building grand houses throughout London, especially in ultra-exclusive Belgravia. It’s here that his wife runs into Edmund’s mother, who reveals the existence of their grandchild, now a cotton mill owner named Charles Pope. In the hothouse atmosphere of London society, confidences are hard to keep; gossip is rife and poorly paid servants are easily bribed to reveal employers’ secrets. The revelation of Pope’s true identity could ruin the Trenchards.

Published this spring as an 11-part serial e-book, Belgravia is out now as a hardcover. It’s a fun, fast read, though not quite up to the standards set by Downton Abbey. Fellowes has spread himself a bit too thin with a grueling writing schedule that included Downton as well as two other series and a movie. Belgravia’s ending is obvious to anyone who has read historical fiction.

Yet the third novel from Lord Fellowes of West Stafford still has its charms. He’s packed Belgravia with his famous insider knowledge of the idiosyncrasies of British society—such as who addresses a duchess as “Duchess” instead of the usual “Your grace,” or how the butler and cook can skim from the household accounts. There may not be a sarcastic dowager countess à la Downton, but there are enough conniving aristocrats and snooty servants to keep one’s mind suitably occupied on a hot summer’s day.