The Jungle South of the Mountain explores animal intelligence 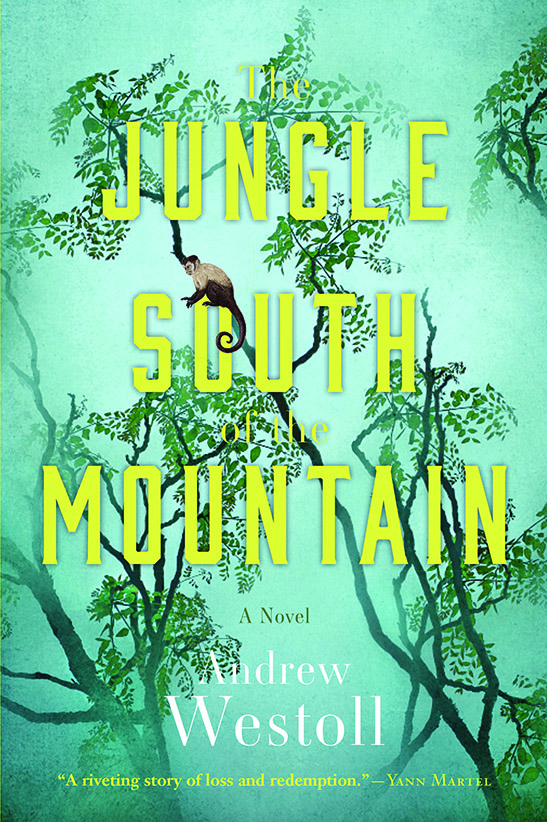 THE JUNGLE SOUTH OF THE MOUNTAIN
Andrew Westoll

This debut novel follows Stanley, a primatologist working in a South American rainforest, as he becomes increasingly obsessed with the capuchin monkeys he is studying after his mentor disappears, his son dies and his wife leaves him. The story focuses on Stanley’s inner turmoil, jumping back and forth between the present and his memories of his earlier life with Maria, his spouse and colleague. There was potential for a fascinating story here, but unfortunately the execution is plodding and derivative. All the characters except Stanley and Maria are two-dimensional, their motivations unclear and behaviour inconsistent.

This is particularly grating when it comes to Canadian author Westoll’s descriptions of the Maroons, the Indigenous people in the story’s fictional country, who work on the nature reserve with Stanley. Although they have different names, they might as well be one person, their lives consisting of playing soccer, smoking hash and trying to sleep with female tourists. On their days off they visit the many children they’ve fathered with a variety of unnamed women. Petrus, the one Maroon with a prominent role, is the stereotypical magical minority person, dispensing spiritual guidance and grandfatherly advice.

Westoll’s book is one of several recent titles exploring animal intelligence, including Frans de Waal’s Are We Smart Enough to Know How Smart Animals Are? and Jennifer Ackerman’s The Genius of Birds. It’s not just books; laws are changing too. In 2015, New Zealand declared animals sentient and banned the testing of cosmetics on them. In Canada, Liberal backbencher Nathaniel Erskine-Smith tabled a private member’s bill banning shark finning and the sale of cat and dog fur, and increasing penalties for animal cruelty. That bill faces heavy opposition and may not become law, but change is already coming to the provinces. Ontario significantly increased its standards for the care of marine mammals in May 2015.

Westoll, a former primatologist-in-training, has written two non-fiction books, The Riverbones (2008), a memoir about his time in the jungles of Suriname studying capuchins, and The Chimps of Fauna Sanctuary (2011), which won the Charles Taylor Prize. The strongest parts of The Jungle South of the Mountain are the ones that read most like his earlier works. Westoll’s ability to describe the intelligence and grace of animals—from monkeys to tapirs to eagles—stands out dramatically from the rest of this novel.