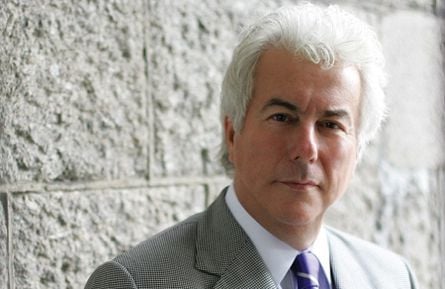 Ken Follett doesn’t need to write another word. He’s sold more than 100 million copies of best sellers such as The Pillars of the Earth, Eye of the Needle, and World Without End. But like so many popular historical novelists, he just can’t stop. Now he’s back with a sprawling epic, Fall of Giants. The 985-page book is the first volume in his Century Trilogy, centred on five interrelated families at the beginning of the 20th century. As if that wasn’t enough, executive producers Ridley and Tony Scott have transformed his Gothic cathedral-building novel Pillars into a US$40-million miniseries that is garnering boffo ratings around the world.

Q: The Century Trilogy is a massive project. Did you know that going into it?
A: Yes. I thought about it a lot. I’m 61 years old, if I’m going to do something really, really ambitious, this is probably the moment to do it?

Q: Why centre your book in this era?
A: The 20th century is the most dramatic and violent period in the history of the human race. We killed more people in the 20th century than in any previous century, in the trenches of World War I, in the Soviet Union under Stalin, in Germany under the Nazis, Spain under Franco. There was World War II and the bombing of Dresden by the British and Hiroshima and Nagasaki. It was a horrible century and yet it is also the century of liberty.

Very few countries were democratic before the First World War. In Britain in 1900, fewer than a quarter of the adult population had the vote. None of the women had the vote in any of these countries, so that’s 50 per cent of the people who weren’t allowed to take part in democracy. And the franchise was gradually extended to working class men, so democracy really only had a toehold in the world in 1900. Now we take it for granted, certainly in all the countries we think are “civilized.” And that’s a big contrast with what we did in terms of killing each other.

Q: Had you done anything this big about this century?
A: No, certainly not. This is going to be a million words before it’s done.

Q: I noticed it was not quite 1,000 pages. Did you just not want that fourth number on the pages.
A: [laughing] No, I was just thinking about telling the story.

Q: Why these particular characters?
A: I was looking for people who could be involved with great events of the period. So there had to be several people fighting in the trenches of WWI, someone fighting in the Russian Revolution in an active way, there had to be at least one suffragette campaigning for votes for women, there had to be somebody taking part in American politics of the time. The characters grew out of the history. Then I had to make more than just participants in history, it isn’t a history book, it’s a novel. The foreground is their personal dramas, love and hate and making money and losing money and get married and all the things that we always write novels about.

Q: Who’s your favourite character?
A: I was thinking the other day, the character who’s most like me is Maude. Because she’s not directly involved in politics, but she’s very close to the heart of things. She talks to everybody and she knows what’s going on. And I’ve been like that for the last 13 years. My wife has been a member of Parliament, my friends have all been ministers in the governments of Tony Blair and Gordon Brown. But I’ve not been in politics, I’ve been the person they poured out their troubles to. 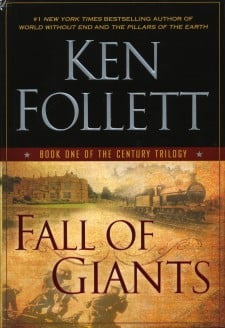 Q: This is book one of an opus. Did you map everything out in advance?
A: I had a rough idea of the whole thing. I spent about six months working on the whole concept, but I decided not to map all three books in detail in advance because it would have taken me years. I’m now writing the first draft of book two. I’ve done the plan and have done about 100 pages.

Q: What is your writing technique?
A: I write pretty much every day, when I’m not doing this. I like to start early in the morning, ideally at 7 o’clock in the morning and work until five. I do that Monday to Saturday at the moment because these are long books and if I don’t work six days a week it will take me even longer to write.

Q: Do you have a deadline for the second book?
A: It is essentially a self-imposed deadline. I want to publish book two in 2012 and book three in 2014.

Q: Do you take any time off?
A: A little, but I’m not attached to time off. I really enjoy my work. Occasionally I’ll take a couple of weeks off. If my grandchildren come to visit me, I don’t work all day. One has one’s priorities, after all.

Q: Because you have a rough outline, have you ever gotten stuck in your books?
A: I haven’t got stuck for a long time. There are moments when I come to something rather glib in my outline that says “they quarrel” or “they fall in love” and I’ve really got to wrack my brains to make something of that very brief statement.

Q: The focus is more the Western world?
A: It is really about Western civilization, though of course other countries are involved. Clearly when we get to book two, the involvement with Japan becomes extremely dramatic to put it at its mildest.

Q: The Pillars of the Earth miniseries just aired on the Movie Network. It came out 21 years after the book. Why did you wait so long?
A: I insisted when selling the rights that it be at least six hours of television. Or even eight. That was a deal breaker. We had a couple of sets of quite serious negotiations with producers, but they wanted to do it as a four-hour miniseries or even a two hour movie of the week. Although I’ve never imposed restrictions on other books, with Pillars of the Earth, I said I’m not willing to sell the rights unless they guarantee at least six hours.

Then Ridley Scott came along and said “you’re quite right, it has to be eight hours of television.”

Q: Did you have any input into the miniseries?
A: They sent me the script and it was very good. I was very pleased and relieved. I didn’t suggest any changes. So my main involvement was playing a small part in the series, playing an Anglo-Norman merchant.

Q: If you talk about Pillars being a big miniseries, then the Century Trilogy would be the miniseries to end all miniseries. Do you think you’ll see it on the screen?
A: I’ve been talking to the producer of The Pillars of the Earth about it, and they’ve now optioned World Without End and I had dinner with her in Paris on Tuesday—excuse me for being swanky—and we were kicking ideas around about how she could do the trilogy.