'Feminism is like a great party,' the author said in reply to a reader. 'So please come, and bring snacks.' 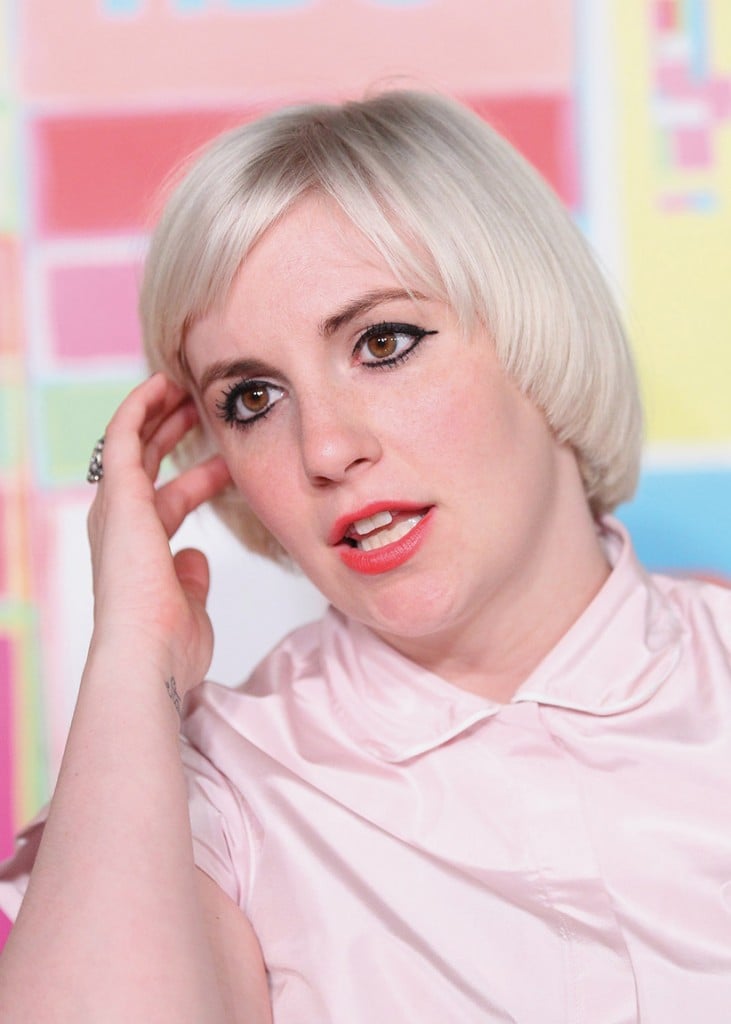 NEW YORK — There was a baby in the audience and Lena Dunham wondered why.

“This is not an appropriate place for babies,” she said Tuesday night as she launched the tour for one of the season’s most anticipated books, “Not That Kind of Girl,” a collection of adults-only, personal essays.

“I love babies, but this is sexual.”

Dunham, 28, appeared before hundreds of cheering and laughing fans — and at least one infant — at the Barnes & Noble in Manhattan’s Union Square. She was introduced by comedian Amy Schumer, one of many special guests she’ll have on the road. She read three sections from her book and answered a handful of questions.

Barnes & Noble stores hold a special place in her past, the creator and star of “Girls” informed the crowd: She nearly broke up with a boyfriend at a Barnes & Noble.

Wearing a dark blue dress, Dunham was greeted by a gathering of almost all women, some of whom showed up hours early. Katie Kim, a film major at New York University who turns 21 next month, said that she thought of Dunham as a role model who taught her about self-acceptance.

“I didn’t have that when I was younger,” she said. “But she’s been an inspiration as I enter young womanhood and she has changed my life for the better.”

Kim was seated next to her friend Megan Cunnane, also 20 and an English major at Barnard College. Cunnane said she admired Dunham for her honesty and that she had played an important part in her discovery of feminism.

“She’s not afraid to speak out,” Cunnane said.

Dunham stood before columns of pink and black balloons that matched the colours on the cover of her book, No. 2 on Amazon.com’s bestseller list as of late Tuesday. While reading, she struggled with a handful of words, including “anonymity,” and suggested a reason: “Someone once told me that mispronouncing words means you read early.”

Or maybe, she conceded, she just wasn’t a good listener.

Among the questions she was asked:

What would you tell a self-conscious 18-year-old, one not sure of herself?

Dunham: Keep a cheerful facade, it really does work. “Finding something you love and doggedly” pursue it also helps.

What does she think of as she goes to bed at night?

Dunham: A flower made of polar fleece, and what people who hate her are thinking about her.

In three sentences or less, explain to a non-feminist why he or she should be a feminist.

Dunham: Feminism is like a great party. So please come, and bring snacks.