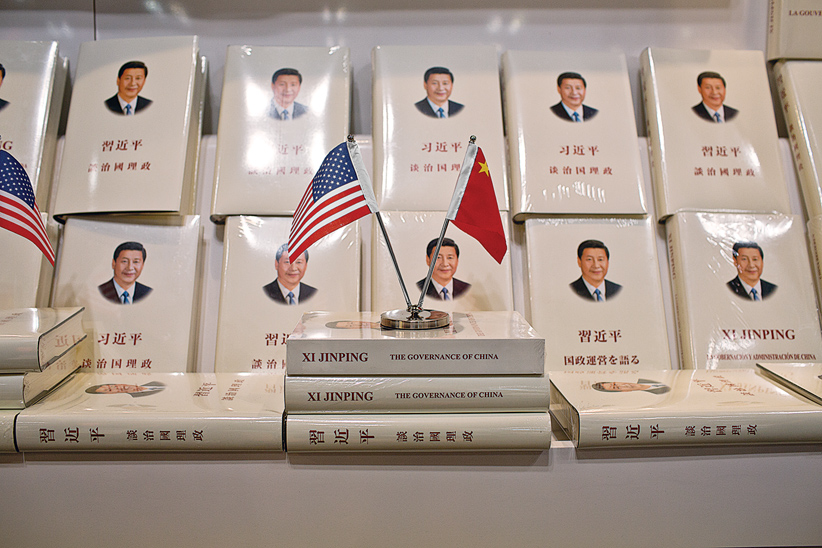 The annual convention of book lovers in New York, Book Expo America (BEA), opened May 27 with its customary mix of wild-eyed optimism and hype. There were the usual throngs of booksellers with bulging bags of free books, and long lineups for celebrity author signings. But there was something utterly unusual about this BEA. Even before one reached the usual suspects— Simon & Schuster, Penguin Random House—there was a vast section of Chinese publishers’ booths with displays of more than 10,000 Chinese books and posters, and crowds of rather formally dressed Chinese men and women.

At the opening ceremony Henry Kissinger’s words congratulating BEA for inviting the People’s Republic as a guest of honour were read in both Chinese and English: “Since my first visit to China in 1971, I have had the privilege of participating in the interaction between two great societies on whose relationship peace and progress in the world depend.” Not far from there, a huge poster promoting historian Liu Mingfu’s book, China Dream, presents a vision of a “post-American” world led by China. The cover features another Kissinger quote: “Conflict is inherent in the U.S.-China relationship.”

It’s fair to say President Xi Jinping’s The Governance of China received the most attention. It was launched in nine languages to the resounding applause of both Chinese and American officials. It is a 500-page compilation of Xi’s speeches about prosperity, equality, patriotism, corruption and new ideas of democracy—the regime’s model for socialism the Chinese way. Presumably, it is socialism without freedom of speech. Even as China’s representatives spoke of shared values, 44 Chinese authors continued to languish in jail back home. Most publishers seemed guarded, and the celebrity delegate was not an author but the greying minister in charge of all things published. Wherever he went, he was accompanied by bodyguards, industrious Chinese journalists and clicking cameras. 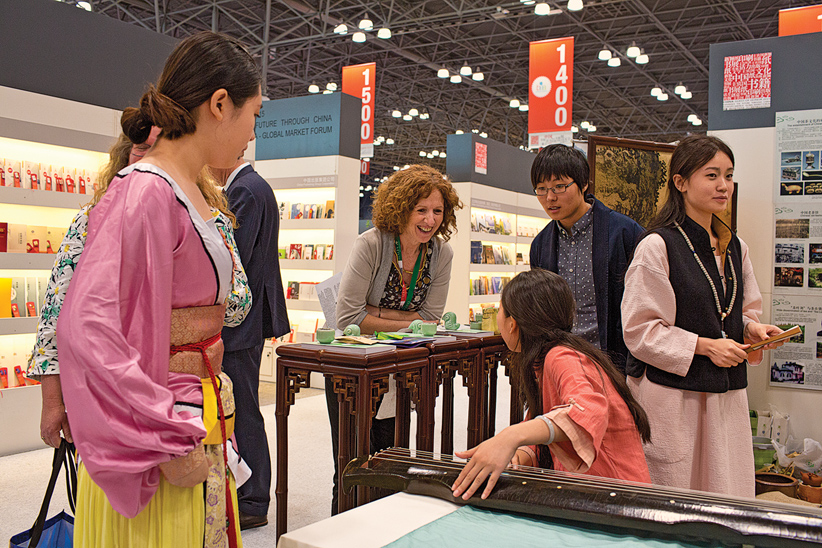 Still, there seemed to be a surprisingly robust trade in free-thinking Western authors. Chinese translations of literary works include Kafka, Sartre, Tolstoy, Hemingway, Solzhenitsyn, Llosa and Miriam Toews. Xiao Qiming, head of the Commercial Press, waxed poetic about his firm’s 118-year history, and the 1,200 books it published last year alone, which include translations of Hegel, Aristotle, de Tocqueville and Wittgenstein. Commercial Press is also the publisher of a 30-volume encyclopedia of China—a one-volume English version will get a September release—and the World of Chinese magazine with a circulation of 100,000 copies per issue; 90 per cent of visitors to its website, he said, are from the U.S.

China will have to get used to that small scale abroad; back home their numbers are enviable. Commercial Press’s literature subsidiary had 400 new titles last year alone. Every book by their No. 1 author, Jia Pingwa, garners sales in excess of 400,000 copies, while Cao Wenxuan’s series of kids’ books have sold eight million copies. Cao’s Bronze and Sunflower, published this year will be his first in English. (A bestseller in Canada can be somewhere north of 5,000 copies.)

Still, Chinese presses are persisting. Pre-eminent children’s books publisher Children’s Press & Publications Group launched Karl Marx for Young Readers at BEA with the aim of introducing young American readers to Marx. The group has attended international book fairs for several years, and its books are published in French and German, and recently in English. Patsy Aldana, founder of Canada’s Groundwood Books, the most knowledgeable person around kids’ books, is their adviser. She accompanied president Li Xuequian Li to a meeting with the New York City Libraries group to discuss buying Chinese books for American kids.

Back at BEA, there was a modest display of Bo Yang’s The Ugly Chinaman. Billed as a “renowned author” of more than 40 books, Bo Yang has served time in prison, likely for his writing, yet he is featured in People’s Literature Publishing House’s bright red catalogue as a prominent novelist and cultural critic. It’s a start, anyway.