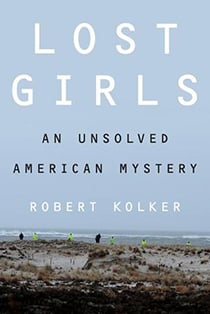 Early in the morning of May 1, 2010, Shannan Gilbert ran through the Long Island beachfront community of Oak Beach screaming in terror, a cellphone connected to 911 in her hand. She ran on into the darkness and disappeared. No one in authority, especially not in New York state’s Suffolk County Police Department, America’s 12th-largest, paid a whole lot of attention. Gilbert was, after all, a Craigslist prostitute, the sort of person whose absence from her usual whereabouts rarely excites police interest, as serial killers from Jack the Ripper to Robert Pickton have always known.

Except for one county cop, who wanted to train his new German shepherd partner, destined for the canine unit’s cadaver division. John Mallia and Blue combed the area for months, and on Dec. 11, along the Ocean Parkway road, Blue’s tail started wagging. He had found a burlap-wrapped skeleton. Two days later, three others were discovered, spaced at regular intervals along the parkway. None of them were Shannan. She wasn’t found for another year, lying, unwrapped, in a nearby marshy area. Despite the fact she closely resembled the four victims in burlap—all five petite, in their 20s, all outsiders present in Long Island to work as escorts, all advertisers on Craigslist and Backpage—some police officers continue to believe Gilbert’s death was drug-induced and accidental, the ironic cause of a search that uncovered murders no one knew had occurred.

Irony is not Kolker’s aim in this beautifully written and profoundly sad account of the dark side of technological and social change. The incomplete nature of his story, the absence of an arrested killer, might seem to weaken the book’s impact, but it allows Kolker to focus on the victims, whose stories are usually overshadowed by the criminal’s. From exhaustive interviews with family and friends, he crafts portraits of family dysfunction, dying working-class towns and the seemingly easy way out offered by prostitution. Easier than ever in the Internet age, when setting up business takes only an online listing. But the dangers, and society’s indifference, remain unchanged.