How religious practice "brainsoothes" more than any other human activity

Anthropologist Lionel Tiger on faith and sexual behaviour, why religion comforts us, and how churches act as ‘serotonin factories’ 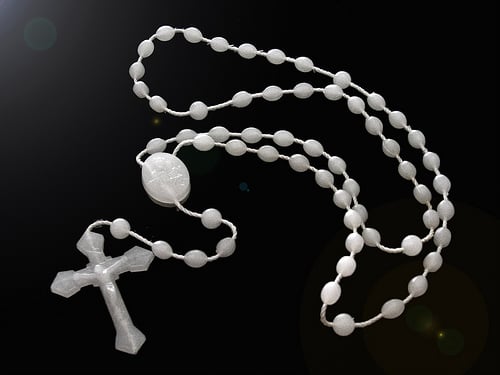 Montreal-born anthropologist Lionel Tiger, best known for coining the phrase “male bonding,” has long been interested in bridging the gap between the natural and social sciences. In 2010, Tiger entered into the field known as the cognitive science of religion and co-authored, with psychiatrist Michael McGuire, In God’s Brain. Tiger and McGuire argue that religious practice “brainsoothes”—alleviates the sharp edges of the human experience—far more than any other human activity.

Q: What do you mean by God’s brain?
A: One has to assume that religion was the creation of something and it’s not the elbow, it’s not the knee, it’s the brain. Or that the brain is the vehicle. What we’ve asserted is that people who believe in God essentially believe in a process that’s in God’s ownership, that is to say the brain itself. Our principal concern was trying to understand why this very strange behavioural syndrome recurs so consistently in so many communities with such regularity, complexity, often ferocity, but usually elegance and warmth.

Q: That’s how you became interested?
A: I thought it was an immense scientific question, and I was not content with simply saying it’s tradition, it’s culture, or fall into the trap of saying—as Richard Dawkins and others have said—if you believe in religion you’re a moron. It’s a very simple question, actually, but it’s a huge issue, particularly since it had now become such a public discussion with Richard’s book and other atheist polemics, and I thought the public was being badly served by bad analysis. As it happens we now have a host of data about what the brain does, and Mike McGuire, my co-author, was the guy who figured out what serotonin did in the brain. After his work on serotonin, the neurotransmitter that reduces anxiety, it seemed clear that brain function was deeply connected to social structure.

Q: The ubiquity of belief in all human societies, you argue, means religion is rooted in our brains. You see it originating about 150,000 years ago when we were coming out of Africa, and were smart enough to contemplate death?
A: Yes, we had developed enough cortical tissue to anticipate a whole series of things about the future. The utterly astonishing one, the defining feature of religions, is the notion of an afterlife. It’s really hard to deny that this is an act of marketing genius, if you were to look at this in a cynical sense. Nobody likes to die. The idea of an afterlife, for you and for loved ones, is very attractive. It seems to me wholly improbable—what’s the evidence?—and yet it works, it just works. If you’ve got a very bad idea in your head—death—which is causing stress, and you can put another idea which is a very good one in its place, then the level of serotonin—which fights depression and anxiety and makes people feel good about themselves and others—begins to build. And you begin an organization to sustain that. Since five billion humans seem to accept that there is a heaven or reincarnation or something after death, then I have to say this is something that comforts the species.

Q: The three ways you argue that religion soothes people—socialization, ritual and belief—how do they interact with each other?
A: You can’t have belief without some sort of ritual providing regularity and reinforcement. And if you think about rituals, again they’re utterly remarkable. People gather on a Sunday and they’re told that they’re really awful, they are virtually doomed to hell, they’re sinners. However, if they perform this ritual again next week and if they accept its importance in their lives they will be saved, as it were, until next week. The Catholics have done it in a brilliant manner with the confessional, and it’s dazzling how that works. But the point is that it’s a place to go for the individual and for the group, and it unites the individual to the group in an agreeable, warm-hearted way, unlike, say, paying taxes.

Q: It’s clear how socialization works, and how ritual supports belief, but are you also saying that the nature of religious belief means it long outlasts secular imitations?
A: Yes, those fail—all of them so far. All of the great religions came into being during the transition from hunting-gathering to agriculture and pastoralism—hence “the Lord is my shepherd.” Later alternatives to a religious effort to deal with, to regularize, new crises, new ways of life—Marxism was one which basically failed because it had a very poor theory of human nature—couldn’t equal religious systems. There’s no good music, the buildings are office buildings like Queen’s Park, no answers to ultimate questions. There’s no glory to it. And so religion in the churchy sense has endured. Now the major national distinctions are not about economics but about religion. The Chinese may change that, although I know that they are very interested in finding a moral replacement for Communism. I was invited to a meeting in Beijing sponsored by the government which wanted to see if there was something else they could teach people in China other than to get rich or that Mao was a great leader. I think they’re still struggling with that.

Q: Despite the fact we are hierarchical animals, humans also have egalitarian impulses. You believe the religious variety—king and peasant bowing before the same God—has enormous appeal to us.
A: It has a profound effect on believers. When you go into a Catholic church, you’re a Catholic and nobody much questions—though they will subsequently if you want to marry their daughter—your equal importance in the eyes of God. And that’s a far more important feature of religion than we’ve ever estimated, partly because humans are so intensely hierarchical that we can’t even think of situations in which there isn’t a hierarchy. The idea of being equal before God doesn’t translate into human society. The Marxists said the state would wither away and there would be a community of equals, believers in Marxism if you will, but they couldn’t manage it because the party became an interest group and condemned the rest to poverty. The idea among humans of there not being a hierarchy is a very, very powerful one.

Q: You point to chimpanzee studies that show it’s not just humans that crave a decent social order.
A: We were very interested because it’s quite clear that the chimps, when things are quiet after breakfast, sit around and the dominant male, who normally tries to whip people into shape, is very quiet and just sits there and maybe people come up—“people,” forgive me, animals come up and groom him, and the kids play and the females interact with each other. It’s a time of social consolidation—everyone is part of the group. I was just at an Anglican service in the Caribbean. What was wonderful was the music because of course it had been Caribbeanized; the hymns had a beat and there were drums. And you could not help but feel enriched by it. Now, if you took it as a cognitive experience—and the sermon had all to do with veils and whatever—it was kind of incomprehensible, but what you did get was a sense of people hanging around, playing music for each other, being together, holding each others’ hands after the service was over. And unquestionably, if you were to do a brain assay—as Mike was able to do with chimps—as they left the church you’d see that they were thriving with serotonin, that there was no cortisol bothering them, things were good neurophysiologically, oxytocin was flowing, all the things that we now know are associated with pro-social, pro-survival activity.

Q: That’s why you call churches “serotonin factories.” You hint about possibly developing the brain equivalent of bodily exercise. Serotonin pills as a religion replacement?
A: I’m not sure we’ll ever learn to manage brain secretions in any manner, and it may be that we don’t want to, but at least we now know that the feeling of oceanic identification with others in an assembly—a church assembly or whenever—is not magical, it’s neurophysiological. We can identify the juices. I think that’s fantastic, actually. And Mike’s work on serotonin did generate Prozac and a whole array of medications.

Q: Despite increasing secularization, especially in the West, most people have not become flat-out rationalists. Do you think that for many environmentalism is a religion?
A: That’s absolutely right, and that’s interesting because it is finally the fruit of pantheism, a very, very old religious idea. For many people, not using more than four sheets of toilet paper is an act of moral purification.

Q: Perhaps the biggest conflicts between secularists and believers (and within faiths) arise from reproductive issues—abortion, stem cells, sexual behaviour. What lies behind religion’s profound interest in sex?
A: The deep sense of legitimate interference into sexuality that religions have reflects their rootedness in the basic biology of the species. That is to say—as we can see with some of these utterly daft politicians, or Tiger Woods, who think that sex is a sort of lyrical entertainment without social structures surrounding it—everyone is somehow afraid of sex because it’s so powerful and so wonderful and all the nerve endings are in just the right place and ready to be fired off practically until death. Religions understand that they have to mix in. And many believers welcome the guidance among the turmoil.

Q: That’s because religion eases stress, and what causes more stress than sexuality?
A: Well, precisely, and mate selection. I hope that in the book we were respectful of the fact that it’s not just mad Puritans that are interested in this; it’s a more general kind of issue about human affairs. We can’t just assume that any effort by religious people to intervene in private sexuality is one of those bad things that we’re now rid of, without acknowledging the complexity of the reproductive urge and its relationship to the future and to social probity, and to taking care of kids. I just read an article by an orthodox Jewish woman about how restrictive their sexual rules are—for example sex only 10 or 12 days of the month—but that people in this system are in fact very happy. And not only are they happy but they will have seven, eight, nine, 10 children. So in that regard, it’s working biologically in terms of reproduction.

Q: From the outside, then, it’s not religion’s strangeness you see, but its naturalness?
A: I’ve been on panels a couple of times with Richard Dawkins and invariably we come to the point where Richard will go on about how terrible religion is, and I’ll say, “Richard, are you a naturalist?” And he says, “Well, of course I am.” And then I say, “Would you agree, as you’ve in fact argued in your books, that over 90 per cent of people have some religion?” and he finally says, “Yes.” “How can you be a naturalist and assume that the great majority of the species is not natural? That doesn’t make any sense.” As a social scientist I wanted a deeper explanation for this otherwise remarkable activity. When you think of the cost of religion—the buildings, the tax exemptions, the weekly offering—it’s not trivial, it’s simply not trivial. If only out of respect, one has to pay attention to this.