She may not have taken the Man Booker, but Madeleine Thien's 'Do Not Say We Have Nothing' is a worthy winner of the Governor General's Award 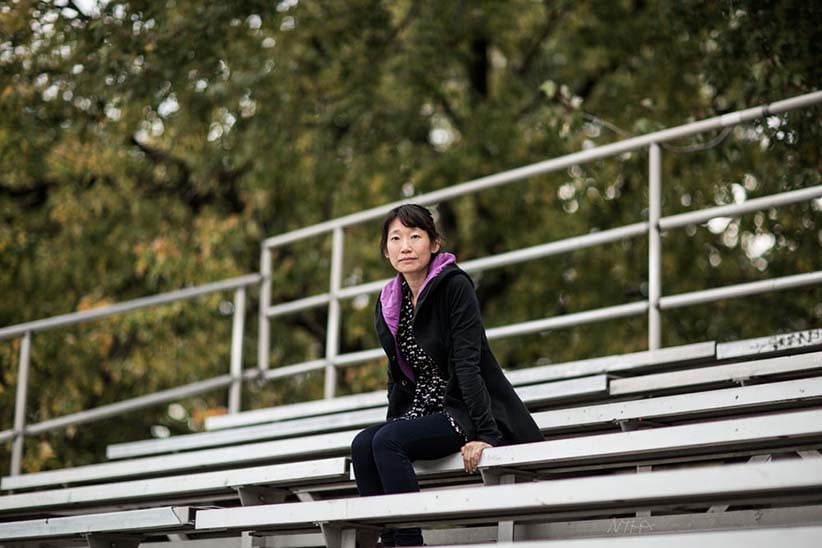 It’s not at all a bad day when the $25,000 Governor General’s Literary Award for fiction is only one of the prizes on offer on a given date. Madeleine Thien’s Do Not Say We Have Nothing, one of the most acclaimed novels of the year, may not have won the Man Booker Prize on Oct. 25—American author Paul Beatty took it for The Sellout—but the 42-year-old Thien did scoop up Canada’s most tradition-rich book prize earlier in the day.

For Thien, whose novels have all moved between present and past, the GG’s layers of history made it particularly appealing. She told reporters today that just being named to the shortlist made her “burst into tears.” The GGs were influential in what she read when young, she said, shaping what she “imagined about Canadian literature.” Thien’s intense focus on history is on display in the book that prompted the accolades. Do Not Say We Have Nothing plays—in the best sense—with history and memory in extraordinarily delicate fashion. Time moves forwards, backwards and even sideways throughout, all with the aim, Thien says, that anyone reading “who lived through those experiences sees a true echo of their times.”

MORE: Thien’s essay on the life of a writer

The story starts in Vancouver, its opening pages telling of dislocation both psychic and physical. The narrator, who goes by both her Chinese name, Li-ling, and her Western name, Marie, is now a math professor at Simon Fraser University. But Li-ling begins her tale in 1989, when she was 10 and living with her mother; it’s the year her father “left us twice; the first time to end his marriage, and the second, when he took his own life.” The opening is graceful, seductive and emblematic of the entire novel: people have more than one identity, and nothing ever happens just once.

Within a page Thien has moved to the in-between past. Li-Ling is 31, and it’s been some time since she’s learned what she didn’t know at 10—her father had been a renowned concert pianist in China. She’s on a rainy sidewalk in Vancouver’s Chinatown, pitched into dizziness and vivid recollection by a Bach sonata blaring from a DVD store. Very soon the story settles, for a while at least, back into 1989 and the arrival of a Chinese teenager fleeing the post-Tiananmen Square crackdown. Ai-ming is a relative of sorts, the daughter of a composer known as Sparrow, who had taught Li-ling’s father in the 1960s at the Shanghai Conservatory of Music.

With the help of Ai-ming and a set of notebooks brought from China, Li-ling slowly pieces together the story of her father, Sparrow, and another teenage girl, Sparrow’s violinist cousin Zhuli. Their lives are centred in the conservatory, until the Cultural Revolution turns their talents and their music into grounds for persecution and betrayal. Thien’s characters learn to “live,” some more successfully than others, as dual people, their real selves buried under layers of forgetting and political necessity, even while the music still flows through them. Things get better, and then things fall apart again, with Tiananmen Square. There is no optimism in Do Not Say We Have Nothing, but it is a story of such beauty that it provokes a paradoxical hope.

MORE: Read an excerpt from Do Not Say We Have Nothing

Thien has her own understanding of the sensibility that led William Faulkner to one of his most celebrated quotes: “The past is never dead. It’s not even past.” She doesn’t “see history as separate from the present moment,” and all her novels have moved between present and past as though there was no such thing as the latter. That’s simply reality, according to Thien. “Everything I write about is 30, 40, 50 years ago—it’s all a cycle and it should resonate now.”

And so it does, she says, from rising xenophobia in Europe to “the return of public shaming in China.” Do Not Say We Have Nothing, which takes its beguiling story of intertwined families seamlessly from contemporary Canada through two episodes of vicious repression in China and into the depths of sorrow, has also deservedly taken Thien to new heights of recognition. And she may not be done yet: the Montreal writer is also up for the $100,000 Scotiabank Giller prize, which will be awarded on Nov. 7.

Read our series profiling the Giller shortlisted authors and their creative processes here. Read a profile of Thien here.