Margaret Atwood returns from the future, to this moment

In the wake of her futuristic MaddAddam trilogy, Atwood's new short-story collection are back in the present. With a burning vengeance. 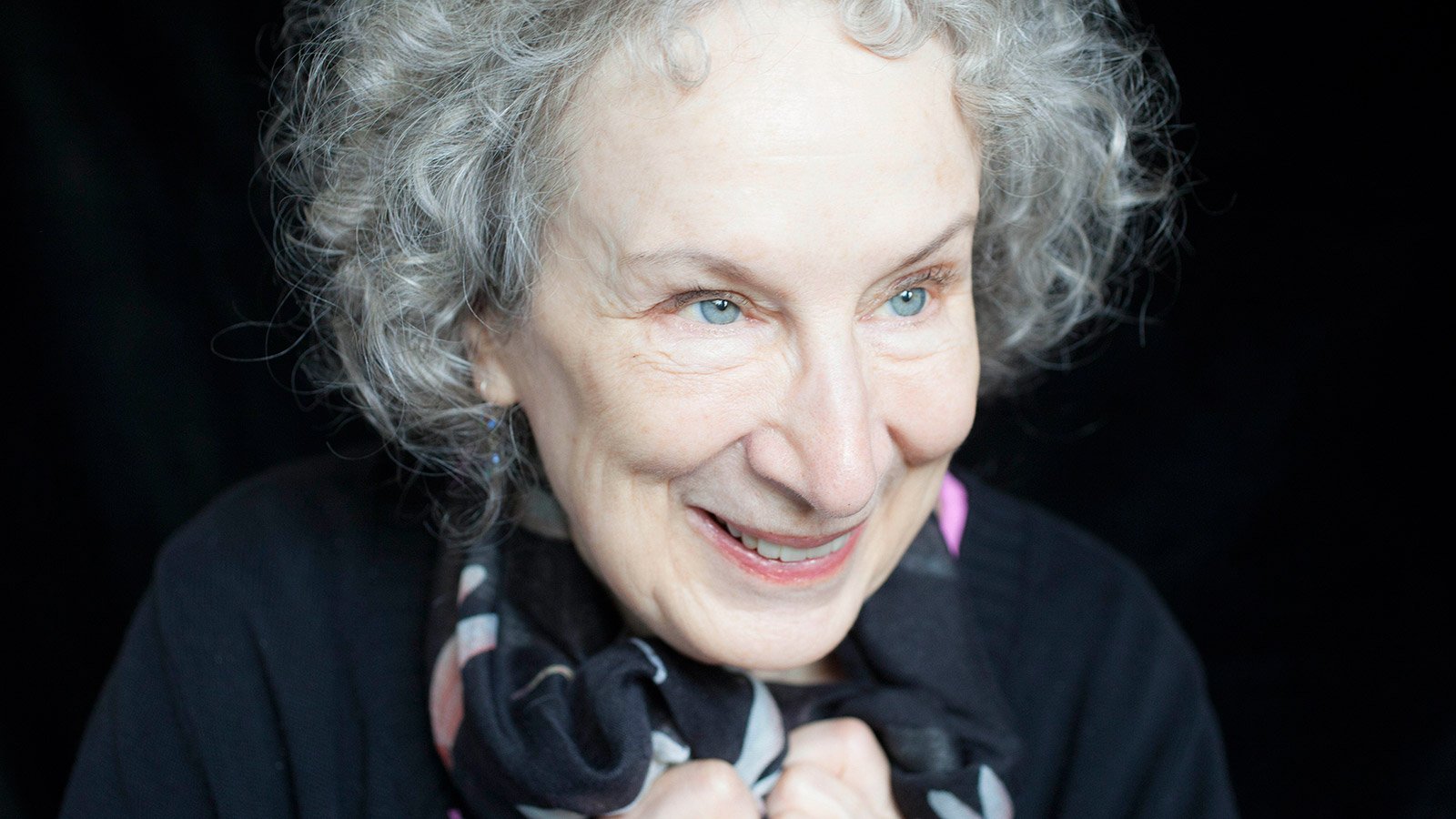 After a decade primarily devoted to the near-future timeline of her MaddAddam trilogy, Margaret Atwood is back in the present. With a vengeance. The nine short stories of Stone Mattress have varied origins—three, including the tale of ingenious murder that is the title piece, have seen print before—but the new ones add up to a strong reminder that Atwood will turn 75 this fall. And that she is evidently an adherent of the Bette Davis “old age is not for sissies” school of thought: even the murder weapon in “Stone Mattress” is 1.9 billion years old.

Not that Atwood thinks mere chronology is anything to make a fuss about. “Consider the alternative,” she says dryly in an interview. “No, old age is not for whingeing, but it’s probably better than being 21, which is also not for sissies, and where a lot of moping goes on. I don’t think old people do a lot of moping.” Certainly not the characters in the three linked stories that open this collection.

Some parts have an up-to-the-minute setting: the Toronto area’s Christmas ice storm makes an appearance, with one 70-ish woman pouring kitty litter on her slippery front steps. “Oh yes,” laughs Atwood, “I did that too, just like everybody else in the city, with the stores sold out of salt. Then we learned it takes forever to get it off; that stuff turns to clay.” But the characters are tied by their youthful experiences in the Riverboat Coffeehouse, Toronto’s mid-Sixties hotspot, where Gordon Lightfoot and Neil Young played. When one dies, the funeral for the “badly behaved poet”—as his fond creator calls Gavin (a less enamoured character prefers “big dick metaphor”)—becomes a witty portrayal of the way time changes everything, and nothing. “What is dying anyway?” Atwood says. “It’s just another form of living until you’re actually dead. Everyone is dying, or conversely we are all living—my characters, maybe especially Gavin, who’s one of my favourites, are getting the most out of it while they can.”

Lest anyone read any more autobiography than ice-storm coping mechanisms into the tales, the author notes that her characters are not her contemporaries. “A little younger, actually. I’m pre-Riverboat, sorry. Before that was the Bohemian Embassy” — that would be the early Sixties Toronto hotspot — “which is the one I remember. It later morphed into the Harbourfront Writers’ Festival, the first free-standing writers’ festival in the world.”

It’s harder to determine the age of Wilma, who lives in Ambrosia Manor old folks home and suffers from Charles Bonnet syndrome. (Her significant visual loss has led Wilma to experience recurring hallucinations of tiny dancing people, as good a metaphor for not seeing what is actually right in front of your face as can be imagined.) She’s the main protagonist of the most quintessentially Atwoodian tale in the book, the wickedly funny and discomfiting “Torching the Dusties,” in which the “dusties” are the elderly and “torching” means exactly what it says. Mobs of younger people, their faces hidden by baby masks, and chanting, “Our turn,” and “Move over,” are blockading homes for the aged and setting them on fire. With the aged inside. Now they’ve arrived at Ambrosia Manor.

“Oh? And why do you think that?” is Atwood’s arch response to admiration for the story. Asked what put it into her mind, she crisply replies, “Arithmetic.” Neither society or government is prepared for the coming surge of the elderly, she says. “Government will back off its commitments there, just as it will back off its resistance to assisted suicide.” Baby Boomers, says the writer, won’t stand for even the possibility of being trapped in horrific pain; that individual choice might not be the only factor in changing the law is the satirical implication of “Torching the Dusties.”

Then again, Atwood soothingly insists the tales in Stone Mattress are just that — tales — and not short stories. The latter term implies a high degree of realism, but the former indicates “something you might tell rather than write, something closer,” she adds in reference to “I Dream of Zenia with the Bright Red Teeth,” to “a dead person being reincarnated as a dog.” Or to a bonfire of the elderly.