Marina Endicott's remarkable prose in the round

Book review: 'Close to Hugh' approximates the theatre in the pages of an incisive fiction 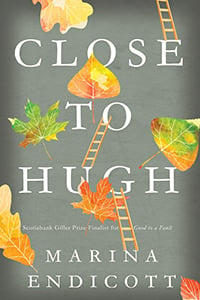 With her enthralling new novel, Endicott perfects a unique style that combines the pleasures of fiction with the immediacy of theatre. She cultivates a kind of audience participation that culminates in a thrilling intimacy between readers and characters. Her hero is 50-ish gallery owner Hugh Argylle, whose mother lies dying in a nearby hospice. Although steeped in grief, Hugh worries about others. He is concerned for his foster family: Ruth, who took him in whenever his mother was mentally ill; Della, his foster sister, whose husband has disappeared; and Newell, a famous actor currently living with the loathsome head of the master drama class. He is so preoccupied, he slips off a ladder, bumping his head. Miraculously, he stumbles into love. Unfortunately, this blessing does nothing to soothe his aching head.

This is a tragic novel—we first meet Hugh as he prepares to attend the funeral for a woman and her young son, victims of a murder-suicide—though mostly, it does not feel that way. Characters’ efforts to comfort themselves and one another are too heartwarming, comically fierce or ordinarily absurd.

Endicott also delights through rhyme and wordplay. The name Hugh is frequently mistaken for the word “you,” which Endicott employs theatrically to address the reader directly. Varying streams of consciousness deposit us deep into each individual psyche.

The setting, Peterborough, Ont., is jokingly called Yourtown, a reference to Thornton Wilder’s play about small-town America. Endicott updates the conversation in a way that feels vaguely dangerous. For one thing, she talks money: Virtually every adult character here struggles ﬁnancially. Ivy, for instance, takes on the master class to earn a month’s living wage.

Somewhat distressingly, Endicott examines—that is to say, exposes—the sexual dynamic between the old and the young. Hugh cringes when fortysomething Newell becomes involved in a romantic triangle with 18-year-old Orion, the master class’s student star. At the same time, the school principal openly ogles the girls. The young people we encounter are artistically gifted, broad-minded and mythically beautiful. Endicott’s depiction of their mothers, Hugh’s friends, is disturbing. They are anachronistically, incorrectly fragile women, crumbling at the loss of a man, neglecting their children, reviving only for the pleasure of love or art. Hugh’s mother was once like that. Now, sitting by her deathbed, stroking her hand, he forgives her a thousand times. Poignant, original, delightful and brave, this novel is a tremendous achievement.