The former New York Times writer, reviled by Jonathan Franzen and referenced by J.K. Rowling and Sex and the City, says postmodernism gave birth to Trump 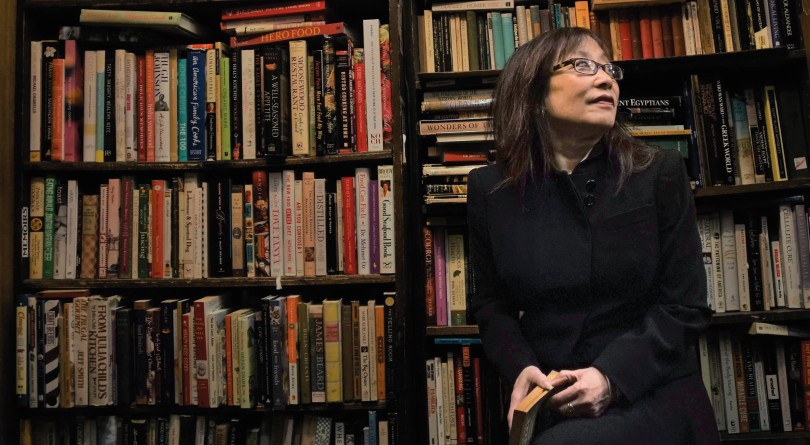 It’s not every critic, even in the heyday of print media, who’s left a visible trace in popular culture. But Michiko Kakutani, 63, was the New York Times’s premier literary critic for more than three decades. Winner of the Pulitzer Prize for criticism in 1998 and once described as “the most powerful book critic in the English-speaking world,” Kakutani wielded prose that rivalled that of the authors she reviewed, meaning her words stung as often as they warmed, and writers often lashed back. She loved Jonathan Franzen’s novels but as a connoisseur of memoirs coolly lambasted his in 2006; two years later, an enraged Franzen was still calling her “the stupidest person in New York City.” Kakutani was also name-dropped in a J.K. Rowling (non-Harry Potter) novel and—escaping purely literary bounds—in episodes of the TV series Sex and the City and The Affair, in which a publisher promotes a book by declaring, “Michi Kakutani will flip for this, and she hates everything.”

Small wonder, then, that Kakutani herself made front-page headlines when she announced her retirement a year ago. Or that her new book, The Death of Truth: Notes on Falsehood in the Age of Trump, has generated literary-world buzz. It’s a work that roots much of the contemporary disdain for expertise and readiness to create alt-facts in decades-old cultural trends that progressive authors, critics and academics—very much including Kakutani—championed at the time.

It is, in fact, Kakutani’s wide range, in time and topic, that makes The Death of Truth stand out on bookshelves crowded with takes on the distemper of our times. She looks back long before the moment three years ago when candidate Donald Trump came down the golden escalator to denounce rapist migrants. And further aﬁeld, too, past the internet echo chambers that ensure America’s warring political tribes hear only the messages that reinforce their core beliefs, to the wider cultural streams feeding into U.S. politics. Postmodern relativism, Kakutani sets out, is “the water in which we swim”—and much of what Trump, Republicans and the alt-right have used to gain and wield power originated on the Left, in tactics, style and attitude.

READ MORE: What Trump’s impeachment might look like—and how dangerous it could be

In a memorable phrase, she describes Trump as a “mashup of Ubu Roi, Triumph the Insult Comic Dog and a character discarded by Molière.” The president’s eerie similarity to King Ubu, the personiﬁcation of narcissistic greed in power who ﬁrst appeared on a Parisian stage 122 years ago in Alfred Jarry’s play of the same name, is one indication of how deep the roots of the Trump phenomenon run, Kakutani writes in an email exchange with Maclean’s. “Narcissists, bullies, grifters and would-be autocrats are hardly new types in ﬁction—or, sadly, in history. Trump’s embodiment of such noxious traits is so extreme that he can seem like a cartoonish ﬁgure.” Another, she continues, is Trump’s embodiment of “what historian Richard Hofstadter called ‘the paranoid style’—a recurrent attitude in U.S. history animated by ‘suspiciousness and conspiratorial fantasy’ and focused on perceived threats to ‘a nation, a culture, a way of life.’ ”

But that’s ancient political history, and Kakutani pays more attention to the cultural changes of her own lifetime. As early as 1961, novelist Philip Roth was already writing about the reality of American life and culture overwhelming artistic imagination. Then came the tide of postmodernism, an artistic movement “I’ve been reading and writing about for four decades,” she notes. By focusing on individual experiences and opening storytelling to formerly marginalized perspectives, Kakutani writes in her email, “postmodernism resulted in a lot of innovative, even transformative art, and some of its larger arguments—rejecting meta-narratives and simplistic, linear explanations—helped underscore the incompleteness and biases of traditional historical narratives. Multiculturalism offered the possibility of more inclusive, more choral perspectives on the world, opening the once-narrow doors of history to the voices of women, African-Americans, Native Americans and immigrants.”

But, in retrospect, Kakutani also laments its unintended consequences, especially in social sciences and history. “Radical postmodernists went so far as to deride the very aspiration of writing and teaching history fairly,” leading to the dangerous belief that history is a series of myths crafted to establish group identity. “Under this rubric of thought, even science could be dismissed as a bunch of socially constructed theories, reflecting a culture’s tendentious values.”

Literary postmodernism, including deconstruction—the concept that there is no ultimate meaning to a text and all views have validity—had similar effects. “Such ideas spread from academia in the 1960s and ’70s to the culture at large, and by the time Trump began running for president, they had been hijacked and dumbed down by the populist Right, including creationists and climate change deniers, who insisted that their views be taught alongside ‘science-based’ theories. This helped set the stage for Trump and company’s invocation of so-called ‘alternative facts.’ ”

RELATED: Are Donald Trump and his acolytes sinister or just crazy?

The Left was ﬁrst to lose faith in national institutions—fear of the military-industrial complex preceded suspicion of the “deep state”—but when it came around, right-wing America proved itself more adept at rallying its followers. “In the 1990s,” says Kakutani, “Rush Limbaugh (a harbinger in many respects of Trump the politician) demonstrated that insults and partisan invective, delivered with showbiz theatricality, could win him a lucrative audience. And in the two decades since Roger Ailes and Rupert Murdoch launched Fox News, right-wing media has grown into a sprawling, solipsistic network—orbiting around Fox, the Sinclair Broadcast Group and Breitbart News—that relentlessly repeats its own tropes and ampliﬁes Trump’s lies.”

Right-wing media ﬁgures have also been better pupils of one of Kakutani’s bêtes noires, Vladislav Surkov, Russian President Vladimir Putin’s chief ideologue and master propagandist. Surkov, a former postmodernist theatre director and public relations professional, has been open in his belief that effective propaganda should have no interest in objective reality, but instead blend disinformation with infotainment. Pumping it out in constant repetition will exhaust critical thinking and, as Kakutani puts it, “annihilate truth.” Like any good postmodernist—or arts critic, for that matter—Surkov privileges irony over sincerity. And it’s the very wink-and-a-nod nature of what he does that makes it so effective, another lesson not lost on the Right. Kakutani quotes one ideologue bragging about utilizing “dumbed-down versions of [French deconstructionist Jacques] Derrida” to gin up a xenophobic audience: everything is narrative, so just create your own alternative. And keep it jokey. As one writer for an anti-Semitic website explained, nothing brings in and acclimatizes newcomers like a light, does-he-really-mean-it tone: “I do want to gas kikes,” the writer added in exactly the same vein, “but that’s neither here nor there.”

By its focus on the truths inherent in previously ignored points of view, postmodernism made for some powerful writing, Kakutani argues, citing David Foster Wallace’s novel Inﬁnite Jest and classic memoirs from Mary Karr (The Liars’ Club) and Dave Eggers (A Heartbreaking Work of Staggering Genius). But their day was also the time of James Frey, author of the 2003 “memoir” A Million Little Pieces. The controversy that exploded after it was revealed how much of his story Frey had fabricated seems to belong to another time, back when non-ﬁction still equated to “objective reality” for most people. Fifteen years later, the question of memory, not just its elusive nature but our conscious construction of it—memory as a lie rather than an error—is a part of the collapsing wall between ﬁction and non-ﬁction. It’s the dominant trope in Amitava Kumar’s Immigrant, Montana and Michael Ondaatje’s Warlight, to mention only two recent publications.

For Kakutani, a development once useful for intellectual and artistic ground-clearing turned out useless for building something new. The tenor of the times—all viewpoints are valid, all facts are as real as believers wish—supports the outrage-dampening power of false equivalencies, according to The Death of Truth. In such a situation, the advantage is bound to fall to the most cynical; for Kakutani, that’s the Trump/alt-right side. Its appeal—more emotional, even primal in its fear and hatred of “others”—can make up agreeable facts with impunity, while a desperate media tries ever harder to be “fair,” even when there is no real equivalency.

In the end, Kakutani is much more incisive in her dissection of what faces her country, and other nations, than she is or can be practical in solution. She paints a convincing portrait of a world—not just society at large, but the world of books and writing—where it is now extremely difﬁcult to say the word “truth” or even “irony” without ironic inflection. That, too, is the water we swim in.