The award-winning author is pleased Canadians are talking, but she is nudging the conversation along. 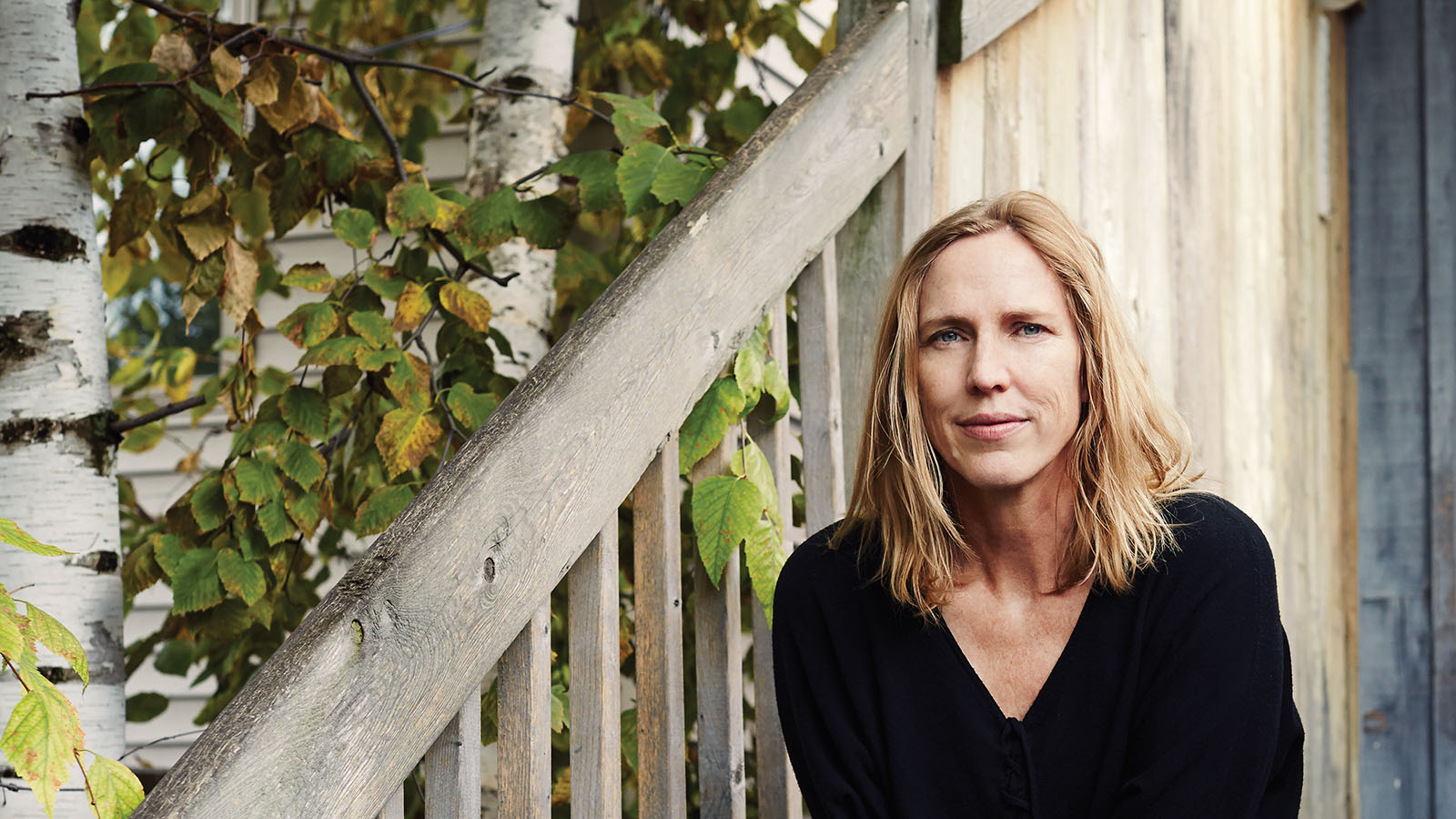 Canada’s most distinguished literary prize awards $100,000 annually to the best Canadian novel or short-story collection published in English. In this series, Maclean’s highlights the work and artistic process of the six Scotiabank Giller Prize nominees. Here, Miriam Toews, author of All My Puny Sorrows, discusses her relentless drive for narrative.

It’s all grist for Miriam Toews’s writer’s mill: a chance remark from her daughter or the deepest family tragedy. Writing is how she figures things out, how she brings “some sort of order out of the chaos,” she says. “We don’t choose the books we write, they choose us.” And when Toews’s older sister, and only sibling, Marjorie, killed herself in 2010—a dozen years after their father committed suicide—All My Puny Sorrows chose Miriam. (The title comes from a few piercing lines of Coleridge: “I, too, a sister had, an only sister . . . / To her I pour’d forth all my puny sorrows.”) It became clear over time, after Marjorie died, that Toews would have to write about it, the author says, in an attempt to create something “beautiful and true” from it.

The novel has been one of the most popular and acclaimed of the year, the only book to feature on all three of the major national literary prize short lists. That in itself is no surprise. For a decade now, since A Complicated Kindness won the Governor General’s literary award in 2004, Toews, 50, has combined critical praise and reader love like very few other CanLit authors. In part, her appeal lies in the humour woven through her books, even one as painful as Sorrows’ tale of a Toronto author and her sister, a Winnipeg-based concert pianist who wants to end her life. “I don’t see any division between the comic and the tragic,” says Toews. “I feel like I’m writing about serious things and humour is one of my tools. It’s not contrived, just part of my world, part of the way things are to me.” Her fans are clearly not disturbed by the mix of pain and laughter, though the Giller jury seems worried. “Do not be misled,” reads their citation, “this is art masquerading as light fiction.”

It’s also real life, scarcely painted over. “I gave my mother a copy before I submitted it to press, because I wanted her to be okay with it,” Toews says. “She’s always been a huge supporter, and when I asked her if she thought I was being too harsh on the mental health system, she said, no, I could have been a lot harsher. She knows, she’s been there with my father and sister.”

At the book’s heart is Toews wrestling with an acute moral dilemma. A human being wants to die; biochemistry may predetermine her to want to end her pain: Do the rest of us have an obligation to help, to not sentence her to find her own horrific and painful way out? “It’s so complex, the idea of assisted suicide. All I can remember is the suffering of my sister, and I think, ‘Couldn’t there be a way she didn’t have to die so violently and alone?’ The suicide was very, very likely, almost inevitable. We knew she would succeed in taking her own life.”

Toews is pleased Canadians are talking about the issue, but she is nudging the conversation even further along. There may be a newfound willingness to allow those suffering from intolerable physical pain to choose their own time to die, but the mentally ill? Yet Toews points out that her Marjorie’s pain was as real as a terminal cancer patient’s. “Absolutely, that psychic pain. It all hinges on what we make of mental illness—suicide has always been a part of it. There would have to be checks and balances, and things carefully weighed, but I know what options were available for my sister, and I know how I feel.”

Miriam Toews on the writing process

The writing life is one long, never-ending search for narrative. Well, it’s not even a conscious searching. It happens even while you’re busy buying groceries and when you’re fast asleep. It’s a curse. A writer is always, always searching, even against her will, against all her better instincts, for the thread of a story. Everything is fodder. Everything is fuel. You can feel it coming on like the tingling of a sore throat. The brain never stops struggling to reshape every experience and feeling into a coherent narrative. A writer doesn’t live “in the moment”. A writer steals the moment and stashes it away to gnaw on later in the day, in a dark and lonely room. When I ask my daughter how her cousin is and she says, “Not good. He’s fallen in love,” all I can think is: Ah , now that’s the perfect intro to a new story. The writing life is relentless. A writer is nothing but a rendering plant, a place where things go, things that were once alive, to get turned into something else. A rendering plant makes use of everything, the darkest moments and the happiest moments, too, like birthdays spent at Coney Island, riding the Wonder Wheel, and hollering, “On your mark, get set, go!” as your children race toward the sea.