Frenemies on a canvas: modern artists and their troubled bromances

A tale of the mentor-protégé dynamic among eight male painters with outsized egos, appetites and talent 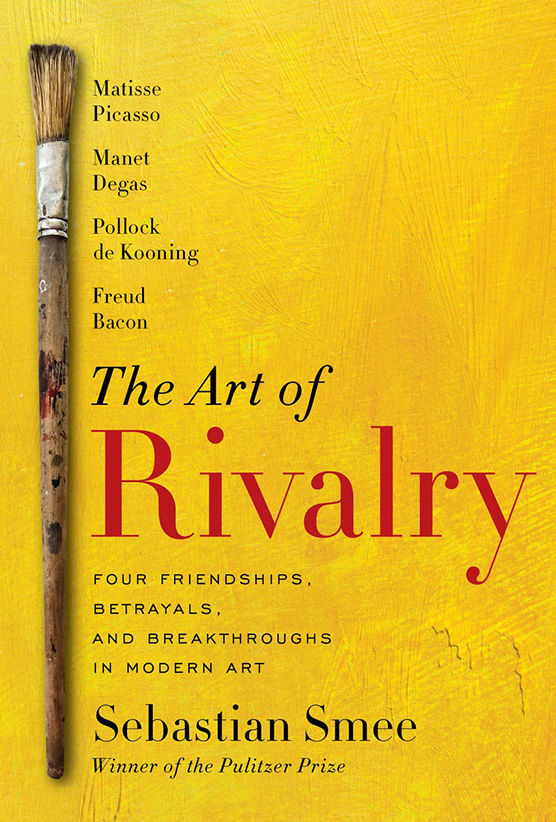 THE ART OF RIVALRY
Sebastian Smee

Boy, can this author dish! Pulitzer prize-winning art critic Sebastian Smee teases apart four famous modern art bromances and weighs the role of friendship and rivalry in the formation of each creator’s style. Full of rich biographical detail, The Art of Rivalry is about the mentor-protégé dynamic among eight male painters with outsized egos, appetites and talent. Naturally, it all went terribly wrong.

First up, there’s Lucian Freud and Francis Bacon. These two frenemies had the most volatile relationship in British art in the 20th century. Smee doesn’t hold back describing the younger Freud’s unfettered sex life—including his long-running affair with the painter Anne Dunn, daughter of a Canadian steel magnate—and Bacon’s penchant for gambling. Anchoring their dramatic personal lives was the work. Bacon let Freud paint his portrait in 1952, the two sitting “knee to knee” for three months, then Freud sat for Bacon. That portrait of Freud became the first in Bacon’s oeuvre of celebrated portraits. In turn, Bacon’s uncalculated approach to painting improved and loosened Freud’s soon-to-be celebrated figurative style. Did they need each other to achieve success? Neither would admit it. Instead, they issued icy dispatches about the other’s talent.

Édouard Manet’s and Edgar Degas’s competitive friendship was equally fraught. Degas couldn’t find a way to marry the neoclassicism of Ingres and the romanticism of Delacroix. Enter Manet, a few years older, who solved the problem by painting “real life” in Paris, not classical allegories and historical scenes. Degas was eager to follow, but their dynamic soon inverted, as Degas’s technical virtuosity became undisputed. It all ended with a slashed portrait and a cooling of relations. No less stable was the love/hate between Jackson Pollock and Willem de Kooning. Their warring wives, and critics, helped escalate tensions until Pollock’s death in 1956.

The pre-eminent art bromance of the modern era belonged to Matisse and Picasso. Matisse didn’t recognize young Picasso as a rival and tried to disguise his noblesse oblige as camaraderie. Picasso couldn’t tolerate the idea of being anyone’s acolyte and positioned himself as a kind of anti-Matisse. However, the two masters were not sworn enemies, as is frequently asserted, and Smee does the right thing by correcting this misunderstanding. There’s more than enough real drama to fill these pages.