From 2015: 'My books are about a lot of things, but murder is probably the least of them; they’re more allegory than cozy' 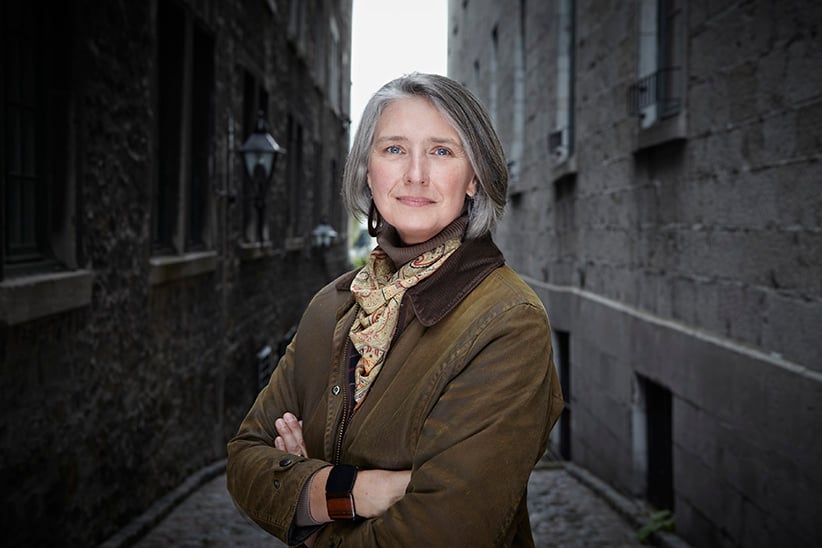 After 10 acclaimed years on the job, Louise Penny can stand fairly accused of crafting some of the finest and most popular “cozies” extant. Accused is the operative word, though, because the author is adamant in pleading her innocence. Cozy mysteries, low on sex and violence and high on village intimacy, were exemplified by Agatha Christie’s Miss Jane Marple, resident sleuth of St. Mary Mead, and famously mocked by Raymond Chandler for offering up murders prompted by nothing more than to provide a puzzle for a detective to solve.

And that’s far from what Penny has wrought in her finely paced, psychologically rich and often very funny books. “Why does everything set in a village automatically get tarred with the cozy brush?” she asks from her home in Sutton, a town of 4,000 in Quebec’s Eastern Townships. “In a village, a murder is shattering—a great boulder falling into a small pond. My books are about a lot of things, but murder is probably the least of them; they’re more allegory than cozy.”

She’s right, of course. Penny tackles large, skull-beneath-the-skin themes—love turned rancid, repressed malignancy bubbling to the fore, the everyday banality of evil. But she has no right to complain. Her surface dazzle is dazzling indeed. The village of Three Pines is four-season beautiful; Chief Insp. Armand Gamache, Penny’s cop, is both fallible (in a good way) and idealized; her victims often die by ingenious means right out of the interwar Golden Age, including via an electrified lawn chair; and her cast of characters, mostly refugees from other places and past sorrows, is charming.

Related: Listen to Louise Penny on our books podcast

There are the witty gay couple who run Three Pines’ bistro and inn, the retired psychologist who now keeps a bookshop, and the poet with the caustic tongue and (her friends insist) a heart of gold. And there’s Clara, an artistic genius who has her troubles with everyday life. (“Pizza for dinner?” asks a friend as she plucks a mushroom slice from Clara’s hair.) “I just scrubbed down, picked it all out,” laughs Penny, 57, when asked how closely she resembles the painter. “There’s lots of Clara in me, including the way I run my fingers through my hair, though I don’t leave bits of banana behind. There’s that insecurity about her art, but also her willingness to take risks. I hope that’s in my work, as well.”

A second look at Penny’s writing doesn’t immediately throw her art into high relief. Consider the classic conundrum of the village cozy, the accumulation of bodies. Not every victim is killed in Three Pines, but enough are to make it a preposterously dangerous place to live. Penny’s characters respond to this with what seems to be a knowing wink aimed at readers. The villagers joke about the numbers, they note the village can’t be found on a map, and that cellphone service is unavailable—that is to say, yes, the place can’t possibly exist, so would everyone kindly agree to ignore its inherent absurdities?

Not quite, Penny demurs. “I’ve been very influenced by Gabriel García Márquez and magic realism,” she says. “It was intentional to bring that sense of the mystical to the village, which absolutely exists, but which can only be found by the lost.” The duality of Three Pines, as place of refuge and as murder central, is reflected in Clara’s art, says Penny. “She appears to paint portraits, but they’re really about the marrow inside.” (Clara’s surname is Morrow.)

Everyone who comes to Three Pines thus brings potentially lethal baggage. That includes real-life Canadian arms dealer Gerald Bull, assassinated in Brussels in 1990, whose ghostly presence haunts Penny’s 2015 novel, The Nature of the Beast, and Gamache himself, who—as one of the lost—retires to Three Pines. His character “was inspired by Roméo Dallaire. Gamache is as human and as troubled.” His tragic flaw, adds his creator—who doesn’t share it at all—is to believe that, “once you sift through all the evil, you find good at the bottom.” Over time, that blind spot has exacted a cost, with more (it’s hinted) to come. It’s no sure thing that even Gamache will survive the mystical village’s annual cull.