The pernicious acts and aims of Rupert Murdoch’s empire

The darker details of the phone-tapping scandal 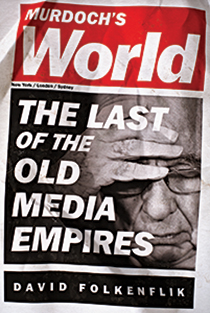 Rupert Murdoch’s media holdings are so large and varied that it’s easy to lose sight of the big picture.

North Americans tend to focus on his Fox News channel and the polarizing effect it has had on public debate. In Australia, where his newspapers control 59 per cent of market share, people obsess about his outsized political influence. (After his tabloid campaign to topple prime minister Kevin Rudd succeeded in September, Murdoch took to Twitter to crow: “Public sick of public sector workers and phony welfare scroungers sucking life out of the economy. Others [sic] nations to follow in time.”) But it’s News Corp headline-making behaviour in the U.K. over the last few years that really deserves more than local attention.

The fact that Murdoch’s papers had become masters of hacking the private voicemails of celebrities, royal aides—even teenage murder victims—in their relentless pursuit of “scoops” and gossip has been well-publicized, following police and parliamentary investigations. However, the deeper, more pernicious acts and aims of his empire—and their international implications—have gone mostly unnoticed on this side of the pond.

In his new book, Folkenflik, National Public Radio’s media correspondent, does a good job of illuminating the darker details of the scandal, including payoffs to police, News Corp’s efforts to gather dirt on its critics in parliament, and an attempted cover-up that extended to the highest levels of the company. And he sketches all of it out against a business backdrop, cataloguing how Murdoch and his minions conspired with members of David Cameron’s cabinet to ram through his takeover of the U.K.’s largest cable broadcaster—BSkyB—before the public outcry became too loud to ignore.

With an eye to a domestic audience, Folkenflik also highlights some of Murdoch’s less-noticed American excesses, from all-out attacks on reporters who cover the industry, to efforts by Fox News execs to draft Gen. David Petraeus to run against Barack Obama in 2012.

As previous books on Murdoch have noted, it is his innate stubbornness and single-minded desire to best his critics that have helped make him one of the world’s richest and most powerful men. But Folkenflik has captured how those almost admirable qualities have ultimately perverted his corporation and even divided his family. At 82, Murdoch remains firmly in control of his empire. But, given the cost, as outlined by Folkenflik, one wonders if it’s not a classic case of winning the world, but losing your soul.