My life as a fox

To learn what it is to be human, one writer lived like a beast, worm-eating and all 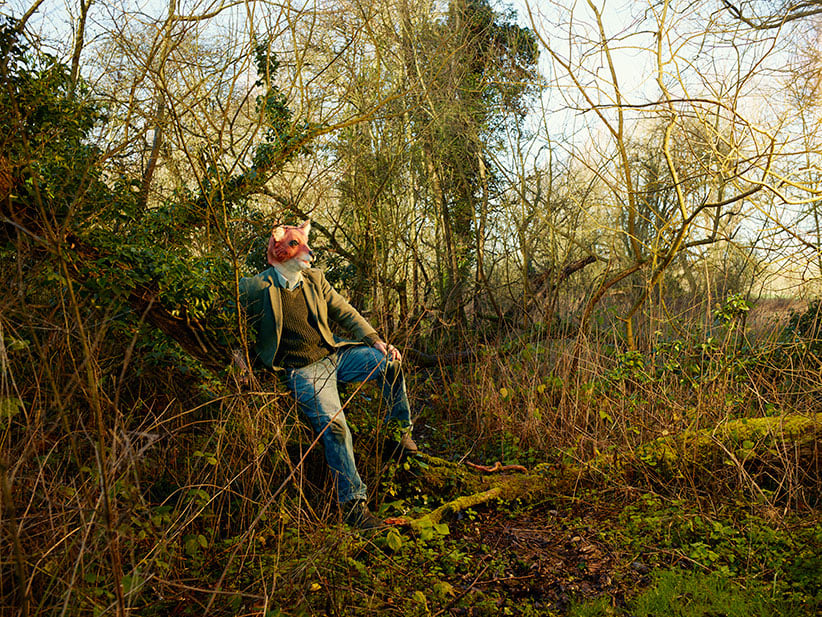 Charles Foster is a veterinarian, lawyer, philosopher, Oxford lecturer and, according to his Wikipedia page, a badger. The author of Being a Beast has, in fact, lived underground in a badger sett for weeks on end, munching on their dietary staple of earthworms. He’s gone gliding with swifts and eaten out of trash bins like an urban fox. He’s plastered mud in his hair, been chased by a staghound and grown his toenails for months to be a better red deer. And he has, while striving to inhabit an otter’s life—in which nerve endings in the cheeks play a huge role—lingered overlong in the middle-class ritual of cheek-to-cheek kissing, becoming “known as a deviant” in the process.

Foster, possibly alone in the world, calls his book “a travel” story. “It’s an attempt to see what landscapes are really like when you get past the distorted, essentially narcissistic human view,” he says in an interview. “On a deeper level it’s about learning how we can best be human. We have been shaped by wilderness and we are still wild creatures.” For most readers, though, Becoming a Beast—extraordinary, hair-raising, and deliberately funny as it is—will prove far harder to label.

Foster has no doubt that the ancient shamanistic route to being a beast is possible, given the right deprivation- or drug-induced state. Years ago, after considerable hunger and exhaustion in the woods, he briefly became a carrion crow. But “it scared me stiff,” he recalls, and he much prefers his radical scientific approach. The creatures in his book are close enough to humans in evolutionary terms for Foster to argue they too use “Golgi tendon organs, Ruffini endings, muscle spindles and free nerve endings” to inform them where they are in space and whether the experience is good or bad. That means Foster can reasonably conclude that he and a fox “experience” something similar when they step on barbed wire, and that the door to a mammal’s interior life is not nailed shut.

The real trick is to wrench away from the primate family’s focus on sight, and try to live by the senses that guide almost every other animal, primarily smell. Foster practised in part by placing different kinds of cheese throughout his home and, blindfolded, creating an olfactory map—much like what badgers must use—to move safely about.

Eating worms, the terroir of which differs as widely as wine’s (leather and stout in Somerset, a certain je ne sais quoi in the Welsh Black Mountain variety), helped ease Foster into badgerdom, even if they are disgusting—“a good argument for cremation.” (But very useful, he insists: all parents should feed puréed worms to their offspring, thereby “wiping out asthma and eczema.”)

Foster grew fond of badgers, a “relational” animal, but hates otters, those “snarling, twitching bundles of ADHD.” He admires urban foxes, “better, more adapted Londoners than I ever was.” Fuelled by the city’s garbage bonanza, London’s foxes, mowed down in their hundreds by traffic, live short, intense lives. Except, that is, when lying, bored, in their own waste products, under garden sheds waiting for nightfall, as Foster himself did.

Foster admits his idea—at least in terms of being fully badgerized—was impossible, “like most worthwhile human projects.” But not worthless or unscientific, and he’s a bit disappointed in his countrymen’s response. Most of the world, especially places like Canada, where the wilderness creeps up to the door and there are actual predators, think the English are dotty sentimentalists about animals. Beatrix Potter and The Wind in the Willows have sent their anthropomorphic creatures around the world: even Foster has trouble visualizing a badger without it fingering the suspenders on its moleskin trousers, albeit just before it “then slashes open your face.”

Still, even the English (mostly) think he’s mad, although in a kindly and admiring way. Foster retorts that labelling him “bonkers,” or inserting that “badger” reference in his Wikipedia entry (not his doing), misses the real craziness of modern lives. What’s bonkers is to not go down to the woods and . . . sniff. Atrophied senses limit our lived experiences. Be a beast, says Foster, to become a better human.

FILED UNDER: Being a Beast Charles Foster Editor's Picks