'The greatest mystery of all is the human heart,' bestselling author once said. 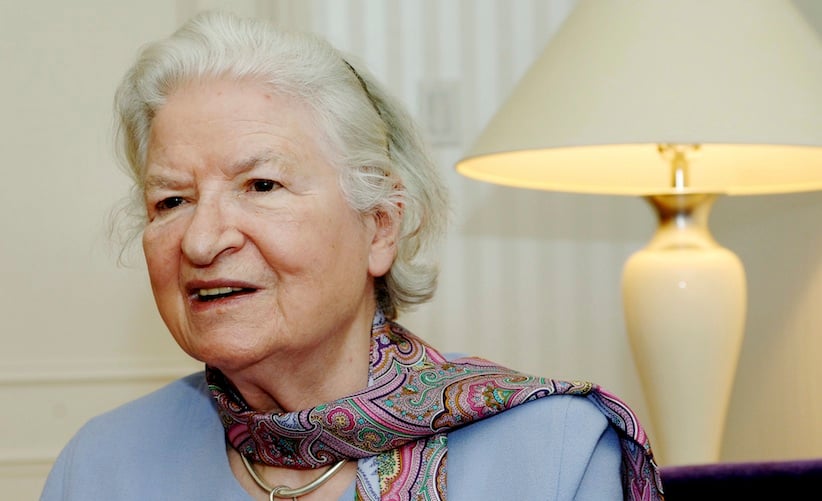 James’ books, many featuring sleuth Adam Dalgliesh, sold millions in many countries and most were just as popular when adapted for television.

The publisher said James died Thursday at her home in Oxford, southern England.

Because of the quality and careful structure of her writing — and her rather elegant, intellectual detective Dalgliesh — she was at first seen as a natural successor to writers like Dorothy L. Sayers, creator of Lord Peter Wimsey in the between-the-wars “Golden Age” of the mystery novel.

But James’ books were strong on character, avoided stereotype and touched on distinctly modern problems including drugs, child abuse and nuclear contamination.

“She has pushed, as a modernist must, against the boundaries of the classical detective story,” critic Julian Symons once wrote, adding that James could be “formidably realistic in a way that never would have been attempted by Sayers or any other Golden Age writer.”

“The greatest mystery of all is the human heart,” James said in a 1997 interview, “and that is the mystery with which all good novelists, I think, are concerned. I’m always interested in what makes people the sort of people they are.”

Although there was nothing remotely “genteel” about P.D. James’ writing, she was criticized by some younger writers of gritty urban crime novels.

They accused her of snobbery because she said she liked to write about middle-class murderers, preferably intelligent and well-educated, who agonize over right and wrong and spend time planning and justifying their crimes. Dalgliesh of Scotland Yard, hero of more than a dozen of James’ novels, is a decidedly gentlemanly detective, who writes poetry,loves jazz and drives a Jaguar.

Phyllis Dorothy James was born in Oxford on Aug. 3, 1920. Her father was a tax collector and there was not enough money for her to go to college, a fact she always regretted.

Even as a child, she said, she had been interested in death. As a little girl, when someone read “Humpty Dumpty” to her, she asked, “Did he fall or was he pushed?”

But she did not start producing her mysteries until she was nearly 40, and then wrote only early in the morning before going to the civil service job with which she supported her family. Her husband, Connor Bantry White, had returned from the war mentally broken and remained so until his death in 1964.

“It was a late beginning for someone who knew from early childhood that she wanted to be a novelist, and, looking back, I can’t help regret what I now see as some wasted years,” James wrote in a 1999 autobiography, “Time to Be Earnest.”

Phyllis White’s career took her from the National Health Service to the Home Office, where she worked in the forensic science department and then the criminal law department.

Her first novel, “Cover Her Face,” was published in 1962 under her maiden name and was an immediate critical success, but she continued to work in the Home Office until 1979.

In 1980, with the publication of her eighth book, “Innocent Blood,” her small but loyal following exploded into mass, international popularity.

“Monday, I was ticking along as usual, and by Friday I was a millionaire,” she once said.

The Crime Writers’ Association gave P.D. James its Diamond Dagger award in 1987 for lifetime achievement, and in 2005 the National Arts Club honoured James with its Medal of Honor for Literature.

Her work was not confined to the mystery genre. Her 1992 science fiction novel “The Children of Men,” about a dystopian future in which humanity has become infertile, was turned into a critically praised 2006 movie by Alfonso Cuaron. In 2013 she published “Death Comes to Pemberley,” introducing a murder mystery into the lives of Jane Austen’s “Pride and Prejudice.”

Queen Elizabeth II made her Baroness James of Holland Park in 1991, in recognition of her work as a governor of the BBC, a position she held from 1988 to 1993.

James was a member of the Church of England’s Liturgical Commission and expressed doubts about the modernized Book of Common Prayer, the 16th- and 17th-century Anglican service book famous for the beauty of its language.

“Something vital is lost, surely, when ‘Let not your heart be troubled’ is translated as ‘Do not be worried and upset,”’ she said.

James was often spoken of as an heir to Agatha Christie and Arthur Conan Doyle, icons of the classic British mystery, but her admirers thought she transcended both.

“Doyle and Christie are genre writers —clever, yes, but one must suspend considerable disbelief right from the get-go when reading their works,” said author Anita Shreve. “No such acrobatics are necessary with a James novel.”