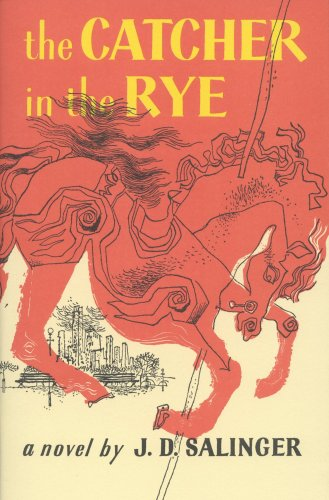 The notoriously private author of Catcher in the Rye, Nine Stories and Franny and Zooey will be the subject of a new biography and film, reports The Associated Press.

On Tuesday, Simon & Schuster acquired the rights to The Private War of J.D. Salinger, an oral biography by author David Shields and filmmaker-screenwriter Shane Salerno. The adapted book, to be published this September, promises to take an unprecedented look into the author’s life, “with over 150 sources who either worked directly with author J.D. Salinger, had a personal relationship with him, or were influenced by his work,” according to the publisher.

Friends of the author have always insisted that there are several unpublished stories and novels by Salinger.

Salerno said in a statement that “The myth that people have read about and believed for 60 years about J.D. Salinger is one of someone too pure to publish, too sensitive to be touched. We replace the myth of Salinger with an extraordinarily complex, deeply contradictory human being.”

Jofie Ferrari-Adler, a senior editor at Simon & Schuster –who published Salinger’s daughter’s memior Dreamcatcher in 2000–said in a statement that “Both the film and book are an investigation into the cost of art and the cost of war.” “This is a truly revelatory work, and one that transcends literary biography to investigate the larger story of the legacy of World War II. Through the prism of Salinger’s life and his experience at war, the authors are presenting a personal history of the 20th century.”

Salinger, who was drafted into service after the attack on Pearl Harbor, was deeply traumatized after the war, in which he served from 1942-44 and saw military action, including landing on the Utah Beach in France during the Normandy Invasion.

PBS will air Salerno’s documentary, which he’s been working on for several years, in January, 2014.

Salinger died on Jan. 27, 2010 at his home in Cornish, New Hampshire, where he enjoyed relative privacy for more than 50 years.

For a comprehensive look, including reviews, of  previous biographies written on Salinger, have a look here.