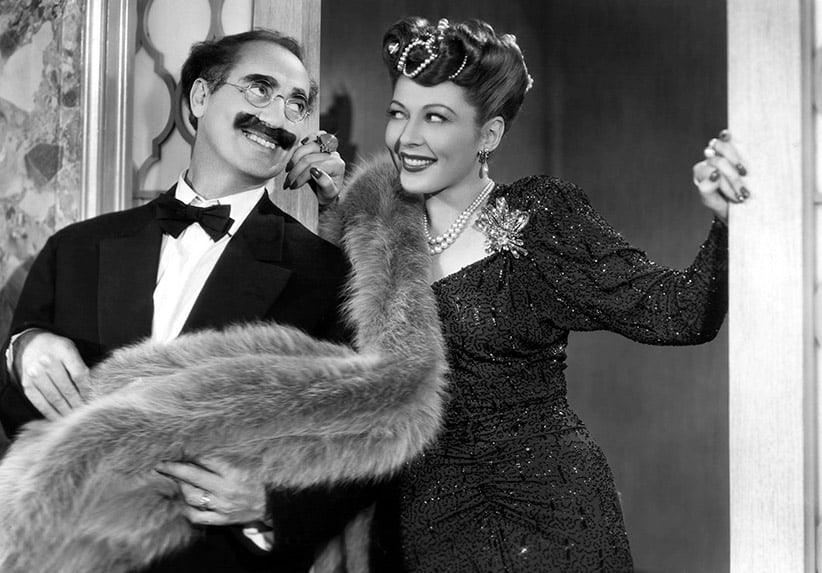 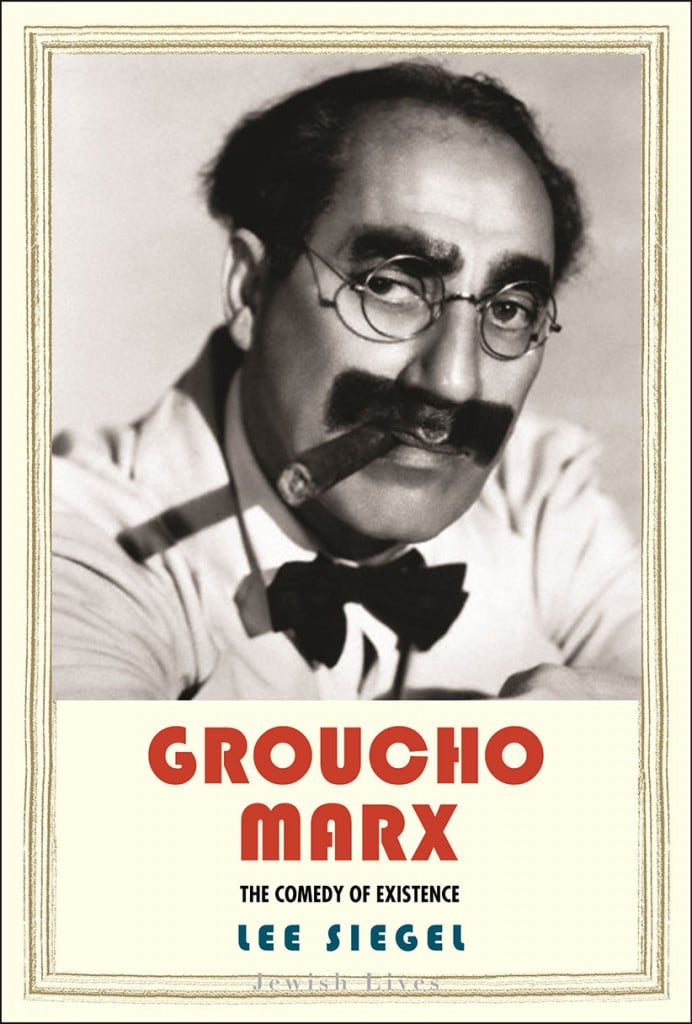 GROUCHO MARX: THE COMEDY OF EXISTENCE

Sir Julius “Groucho” Marx usually had the biggest role in the films and Broadway shows of the Marx Brothers. The role he usually played was very meaningful to North American Jews: a man who has worked his way up to a prominent position in Gentile society, but can’t hide his discomfort with that society. In this short book, part of Yale’s “Jewish Lives” series, Siegel tries to offer the most in-depth look at Groucho as a specifically ethnic comic, someone whose insults and wit—particularly his famous trick of saying one thing and then contradicting it in the very next joke—are “the product par excellence of Jewish displacement.”

Though he offers enough biographical details to get a reader up to speed, Siegel isn’t really writing a biography of Groucho. Instead, he looks at moments in Groucho’s life and work and analyzes them through the lens of the Jewish experience in America. Groucho’s correspondence with the modernist poet T.S. Eliot is usually seen as an example of the Marx Brothers’ ability to get highbrow admiration for their lowbrow antics; Siegel is more interested in Eliot’s well-known anti-Semitism, and the way he brought out Groucho’s own defensiveness and insecurity about his origins. It’s one of many moments where Siegel sees Groucho’s passive-aggressive tendency to hate the WASP establishment while simultaneously wanting them to accept him—most famously summed up in his immortal line: “I wouldn’t want to join any club that would have me as a member.”

By trying to filter everything through the Marx Brothers’ second-generation immigrant status, Siegel sometimes commits the analyst’s sin of saying things that are poetically true but literally false. He says that Horse Feathers, where Groucho plays the zany head of a college, “takes on Groucho’s lifelong bitterness at having to abandon his formal education at such a young age,” but Groucho didn’t write, produce or direct the film, and it’s doubtful that the people who did were thinking in those terms. Still, by placing the famous old comedy routines in the context of Groucho’s real life, Siegel does make them seem more poignant. Whether in movies or real life, Groucho couldn’t help insulting the very people he most envied.