Outlander gives Game of Thrones a run for its money 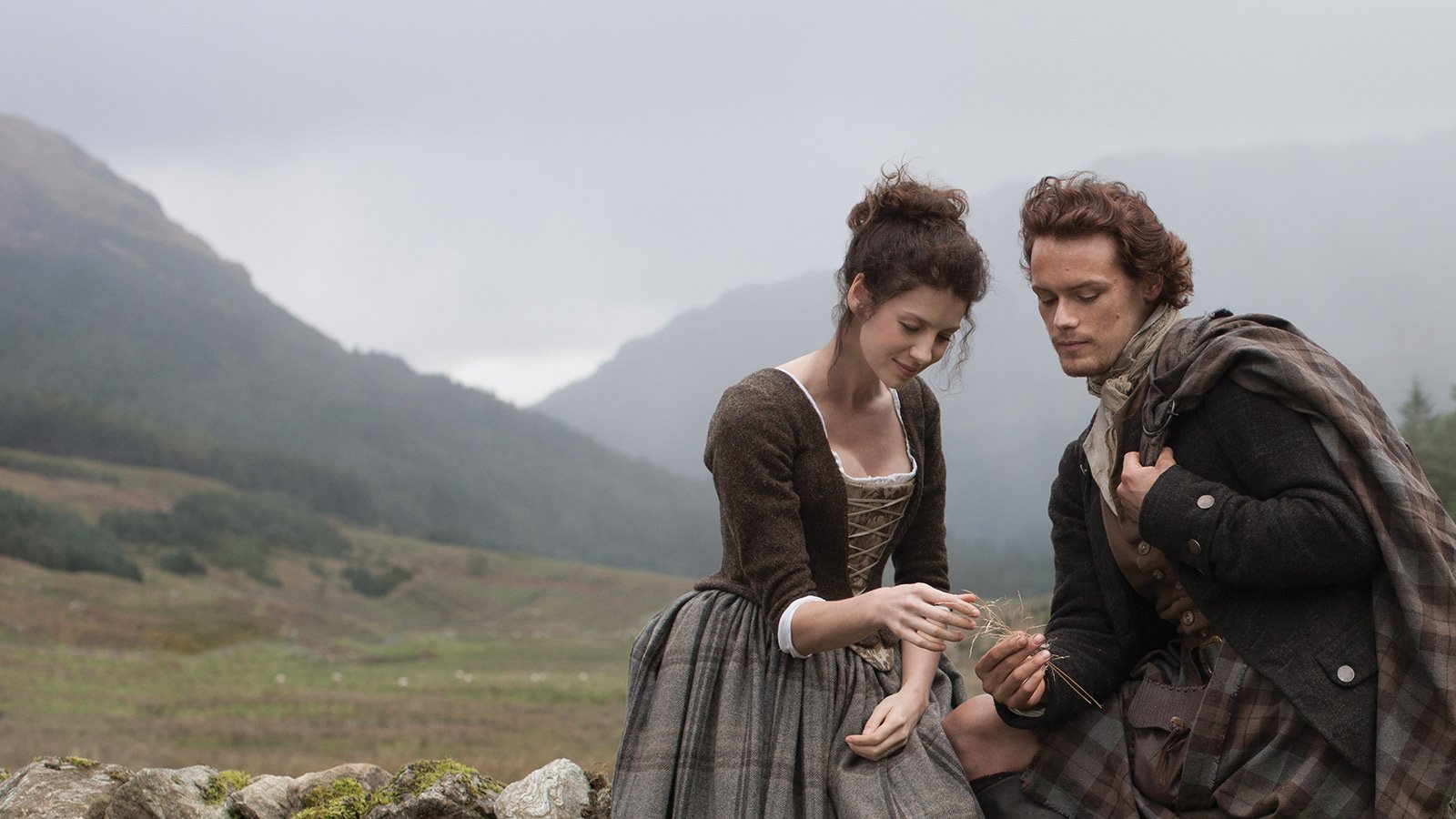 It’s all “sheer luck and good timing,” says author Diana Gabaldon, that her enduringly famous pair of time-crossed lovers—Claire Beauchamp Randall (born 1918) and Jamie Fraser (born 1721)—are finally coming to the small screen, if not to Hollywood. But the tale of the 16-episode adaptation of her first novel, Outlander (1991), which begins airing in Canada on Showcase on Aug. 24, sounds more like a matter of exhaustion in Gabaldon’s telling. “People have been trying for years to make a two-hour movie of it, which is entirely impossible. I have optioned the material four times in 20 years, to no avail.” The last would-be filmmaker read the book four times before he finally admitted it was more of a TV series. “Then things happened fast,” she says in an interview, and in the right way: “When I told George Martin, who I know quite well, that I had 16 episodes, he said, ‘What? Game of Thrones only gets 10 a season,’ but George’s books are not as long and complicated as mine.”

Gabaldon has a point there. She may have fewer characters than Martin—hardly surprising, since the Bible has fewer characters than Game of Thrones—but the 62-year-old Arizona writer yields to no one in the sex, violence, death, intense relationships and fiendish plot complexity in her books. It is a remarkably intricate fictional world, given that Outlander began as an accident. An environmental science professor who also wrote software manuals, Gabaldon wanted to try her hand at a novel, and thought historical fiction would be the easiest to research. Scotland in the 18th century appealed—at least after Gabaldon saw a Doctor Who episode with a young Scot from the time of Bonnie Prince Charlie’s 1745 rising—and the idea of a civilized English heroine to contrast with the uncouth Scotsman was appealing.

Except Gabaldon couldn’t get Claire to stop sounding like “a smart-ass modern woman.” So she made her one, via time travel, although not too modern. Claire is a Second World War combat nursing veteran on a second honeymoon in the Highlands, when an ancient stone circle transports her from 1946 to 1743. It was the start of a series that now stretches to eight fat volumes, with the June 10 release of Written in My Own Heart’s Blood. (The storyline, which long ago switched, in the main, to the New World, has reached the early years of the American Revolution.)

And the start, too, of perhaps the earliest successful example of the genre-blending so common today, when witch and vampire couples battle the forces of evil. “I knew it was unusual,” says Gabaldon, laughing, “but it really wasn’t an act of deliberate artistic sabotage.” The Outlander series combines romance, historical fiction, science fiction, mystery and the supernatural, to wildly popular effect. But the conventions that once neatly delineated the relationships between genres are not the only ones lying shattered—Gabaldon also cheerfully violates the rules within genres.

Claire, in many ways, has the traditional male role: She’s the one who’s older and more experienced (including sexually), the one with two spouses (a husband per century), the one with advanced knowledge (particularly medical—Claire upgrades from 20th-century nurse to 18th-century doctor) and the one who can move through time (Jamie lacks the “gift”).

Are her millions of fans, primarily obsessed with the dramatic lives of her leads, indifferent to the workings of the time travel? “If you think that,” the author responds, “you haven’t been hanging out in the right chat rooms.” Gabaldon has literally nothing to say on exactly how matters will be tied off in the end: “I don’t write to a master plan; I only know there’s at least one more book, because I’m writing it now.”

In her article “The Gabaldon theory of time travel,” which appeared in the Journal of Transfigural Mathematics in 2010, she revealed only that her time-travellers are as free to alter the future—even if that’s actually their past—as anyone else. She’s stressed that fact many times since, surely hinting at a determining factor in the ultimate fate of one of the premier couples in a generation of romance writing. Precisely what, though, not even Gabaldon yet knows.