Padma Viswanathan: Shadowed by a bombing 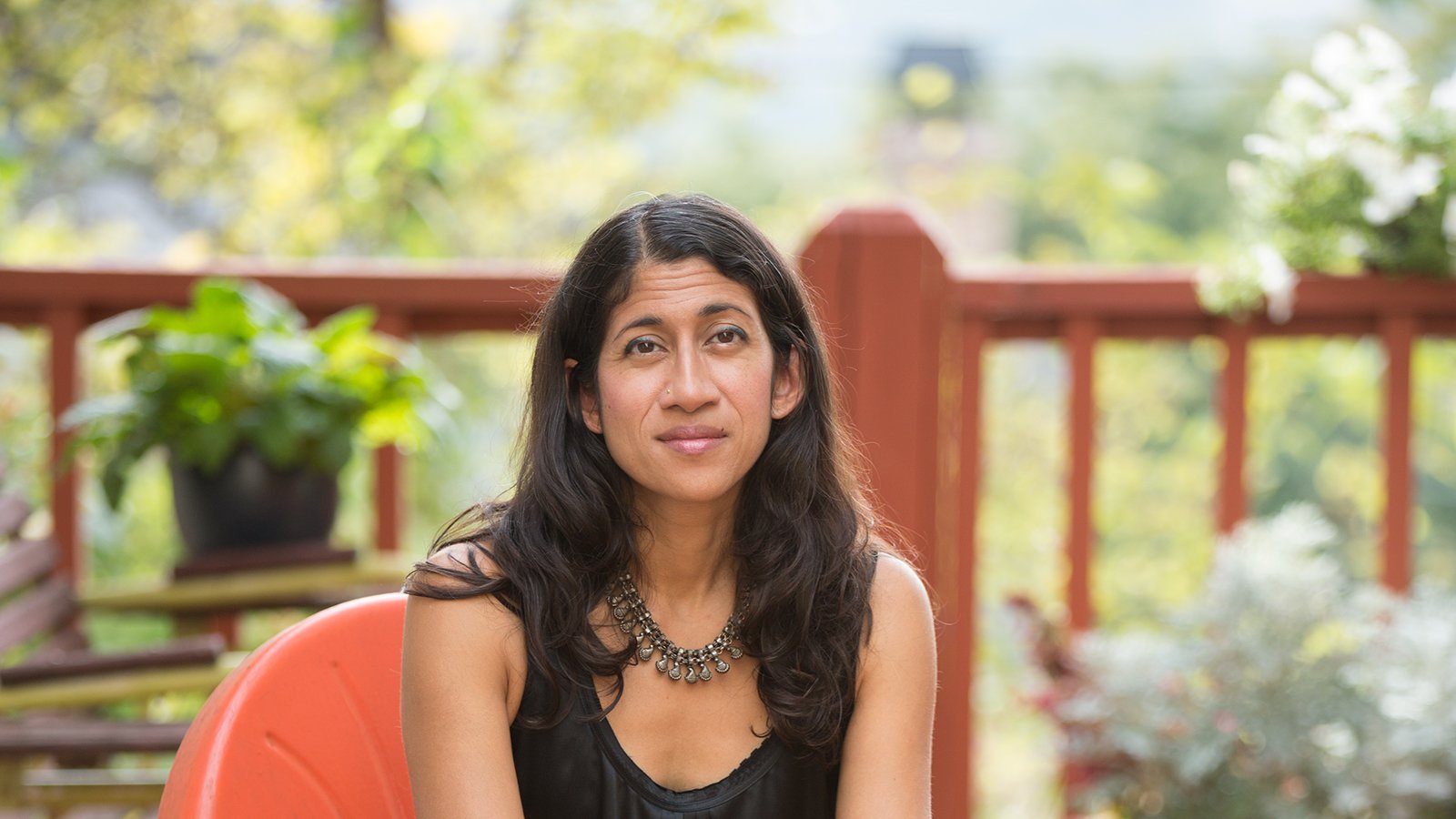 Canada’s most distinguished literary prize awards $100,000 annually to the best Canadian novel or short-story collection published in English. In this series, Maclean’s highlights the work and artistic process of the six nominees. Here, Padma Viswanathan, author of The Ever After of Ashwin Rao, discusses letting go of her difficult title character. Elsewhere, Heather O’Neill, the author of The Girl Who Was Saturday Night, talks about growing up a bookworm.

The Air India bombing of 1985, in which 329 people died, most of them Canadians, was a “strange moment for south Asian-Canadians,” says Padma Viswanathan, 46. The author of the Giller-prize-nominated novel The Ever After of Ashwin Rao, which delves into the aftermath of Canada’s worst mass murder, was then a teenager in the Edmonton suburb of St. Albert, “and I hadn’t self-racialized yet.” But as the implications became clear, including the way Canadians tended to see the bombing as an Indian tragedy, “it became a defining moment. Very few of us were more than one degree of separation from those lost.”

She never thought she’d write about it, though, and her first novel, The Toss of a Lemon (2008), was set long before Air India. But by the time Viswanathan had moved to Fayetteville, Ark., where her American husband, poet Geoffrey Brock, teaches at the creative writing program, it had muscled its way into her second novel. “I thought Ever After was about a man around my father’s age becoming attached to a guru. When I got to considering his motivation—what would make such a man, a physicist, make this spiritual change, when his wife and daughters were so skeptical—I thought of the bombing.”

However hard it’s been to part with her prickly character Ashwin, Viswanathan is finished with Air India now—as a novelistic topic, that is. The bombing remains an open wound among Indo-Canadians. “People come to my events,” she says, “and tell me how their lives intersected with it. It’s not over.”

Padma Viswanathan on her writing process

October 7, 2014. Insomniac at 4 a.m. After an hour of eavesdropping on my mind’s chatter, I rise. Steep the tea but don’t clean the kitchen: this is the precious pre-dawn, gift of my own anxiety. I’m up before the children, with their soft cheeks and lunch money demands, before texts and tweets and more dishes, before the harsh mundanity even of a beautiful fall day.

I mount stairs to sit at my desk. The traffic hums out there on the never-sleeping highway of ambition and commerce, though the crickets around my house are louder. The city’s night lights are still on. And there’s a full moon, in what would be the western quadrant of my window, if my window were a map. Its face is bright and perfect, nearly blank, but it has a smaller twin—how is this? Its own ghostly moon, a reflection half its size, with features clearer if dimmer, hovering above it and to its right—created, I guess, by the window.

I had awoken nervously, wondering if my novel’s narrator, Ashwin Rao, might have something to say today. Last spring, when I had a few short pieces to write for the National Post, I called him up and asked him some questions, which he more or less answered. I still felt the bite of his absence, then: For five years, he had lived in my head, letting me think his thoughts and speak in his voice. It had been hard to let him go.

But it has been months since I’ve thought of him with more than a vague nostalgia, as of a friend with whom one was once close. I felt a bit guilty, the way I feel when I call up an old mentor, however dear, to ask for yet another letter of recommendation.

Not to mention: Ashwin is difficult. I love him better than I have loved any other of my characters, in part because he is tough to love. That was my brief, to make people want to listen to him anyway. So I have reason to fear he might resist.

In my novel, Ashwin has a “man-crush” (his words) on a physics professor who talks to him about ghost doubles and the possibility that each moment contains multiple branching realities, all simultaneous and coexistent. Ashwin is now travelling some other branch. I may have created him, but I am no more than a minor character in his life, and in the lives of this book and of its readers. Rightly so.

Oh, no! The moon, which hovered in exactly the same place for the duration of this writing, my window panes gauging its longitude and latitude, has disappeared. Both it and its ghostly twin. The sky is no lighter; it is darker for the loss of that pale fire. I am briefly bereft. Eclipsed. But the crickets’ chirps are already giving way to birdsong.