“A Long Way from Home” delves into the crimes that built a continent, and how to move forward: “Guilt is such a wrong word. The useful word is, I think, responsibility.” 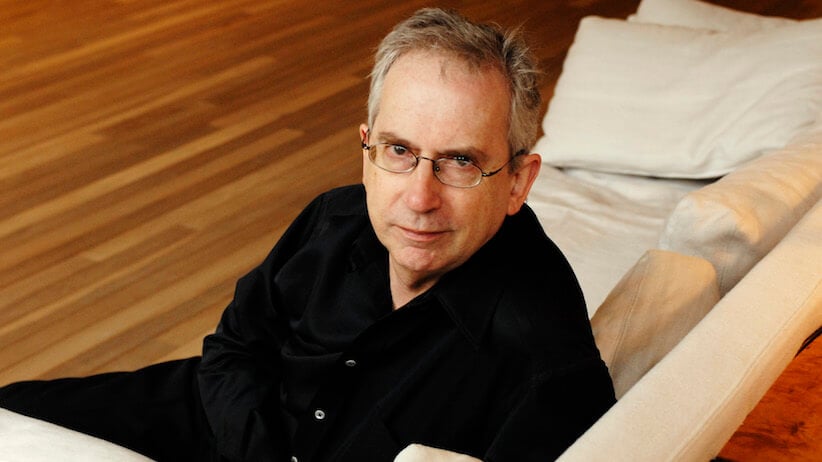 Peter Carey has won the Booker Prize twice for fictional explorations of Australian history, Oscar and Lucinda and True History of the Kelly Gang. Now, his new book A Long Way From Home addresses Australia’s Indigenous peoples’ experience. The novel’s protagonist, Irene Bobs, is married to one of the most charismatic motor salesmen in the state of Victoria (Carey’s own parents ran a car dealership). The funny duo enter the Redex Trial, a famous Australian automobile race of 16,000 kilometres on outback roads, which passed through Carey’s Victoria boyhood hometown of Bacchus Marsh. A Long Way From Home explores how Europeans took possession of ancient Aboriginal culture, and the crimes they committed along the way. (The Bobs’ navigator/map enthusiast, Willie, will discover he has Indigenous heritage.) One of only three writers to win the Booker twice, New York City-based Carey, 75, has produced diverse books ranging from the novel The Fat Man in History to the elegant memoir Wrong About Japan. He still has plenty in the tank. In conversation he’s as vivid as the language is in his writing.

Regarding your new novel, you’ve said: “Guilt is such a wrong word. The useful word is, I think, responsibility.”

I don’t mean recently with this book, but in the past you say something that’s more or less half-intelligent and sensible about race relations or race history in Australia, and you get a headline that’ll be something to do with “white guilt”. It’s always seemed to me that when people talk about white guilt, that it’s somehow unmanly to say that. It’s as if we have the spoils of war, we won the battle against the inhabitants of the land, we possess it now. I get sick of that sort of s–t. I think the correct way to think about the dispossession of Aboriginal lands, and the murder of Aboriginal people, and the result in society today, is to talk about responsibility. If there are people who are our fellow citizens and they’re disadvantaged, things that have given us a huge advantage, then why would we not feel ourselves responsible for making this right as we can? I don’t want any more white guilt headlines because I think it’s encoded with something rather nasty. Daring to talk about a situation where the original inhabitants of the land were dispossessed. That story wouldn’t have happened without white people. I think white people, like me, have a responsibility to imagine what that means.

MORE: The American West was even wilder than we think

As with Kelly Gang, in A Long Way from Home there’s some powerful sense of injustice.

Ned Kelly quite clearly was born with and carried with him, and his parents carried it with them from Ireland, that powerful sense of the great injustice that the Irish had suffered at the hands of the English. It was over a long, long period of history. When you read Kelly’s own writing in the Jerilderie letter you can feel that passionately.

In the new novel, you allude to Australia’s Goulbolba Hill Massacre of Aboriginal people. There’s a lot more interest in and respect for New Zealand Indigenous history now; it wasn’t discussed at all at the schools that I went to. Have you noticed an improvement with that over your lifetime?

Oh, huge. When I went to school, no one would ever talk about the Indigenous people at all. The only things I ever heard about was my great-grandfather going through the bush to get a job in the night and being frightened of hearing “the blacks corroboree” as he described it. Even though where I lived, you would see black canoes had been cut out of trees and so it was clear the Aboriginal people had lived there, been there. But somehow or other, that didn’t really impinge on us and no one ever suggested that it should. And also given the nature of the, to use the awful word, “dispersals” in Australia, I think Indigenous people were generally not to be found around white urban centres, and we were in a white urban centre. I was 21 before I met an Aboriginal folk singer. He was the first Aboriginal I had ever met in my life. So yes, we were massively ignorant, had not the tiniest clue, [about] the complexity of that ancient culture.

Are you hopeful of a better future in terms of a) white Australians having more of a clue? and b) doing something about reconciliation?

As to having more of a clue, yes, there is no question. One of the startling things, living in the United States and you go to Australia, and you’re in a place like Perth, which doesn’t have the shiniest racial history in the world, and you see the television news is continually about these sorts of issues, particularly land rights. Something seriously has changed in the last 40 or 50 years because we’re now, at least, aware of those sorts of things. If you talk to anthropologists now in Australia, a great deal of their work is being in court and using story and culture to justify continuous [Aboriginal] occupation of the land, and those sorts of things. So I think it definitely has changed. The damage was done a long, long time ago, and done continually and thoroughly, year after year. Scars don’t go away.

In 1988 you had that famous Sydney bicentennial speech talking about the meaning of Australia Day: “It shows no sign of the tortures and murders it emerged from.”

The tall ships come into Sydney Harbour. It all was a triumph of the bureaucracy, really, because there was no sign of the convicts, the soldiers on the ship, no sign of Indigenous people anywhere. The Indigenous people were so discouraged and blocked from anything that they might want to say about it that they had to go off and have their event elsewhere. This was a time just after the Booker Prize, Oscar and Lucinda. There was general good will towards me. But then I went and spoke to this event at the Paddington Town Hall and people were very, very disappointed with me for bringing up this subject. But what I was saying, I thought, was really rather positive. It was a thing about not having an Australia Day but having a week in which you move through rage and grief and reconciliation, and where we acknowledge the enormity of our history. In Sydney, where I was recently, I felt people really wanted to talk about that and really wanted to engage with it. They were bearing witness to the history in a new way.

What do you see as the role of humour in A Long Way from Home?

My view of the world, the future and our society is relatively bleak and unpromising. So it seems to me that humour is the light you need to get through the darkness and it’s your way of dealing with the darkness. It’s hardly an original thing to say but in my work it’s really important, and in this book particularly, I think it’s really important. It starts off relatively light and funny, before it gets dark and funny, at which time it’s a laugh all the way to the heart of darkness.

Was there a special comic influence on you here?

My dad. My dad, when the country car dealers used to go down to General Motors, was the equivalent of the kid that sits up the back and makes the jokes. He would be disrespectful about the General Motors executives on the platform. He was given to advise them that they should wipe the bulls–t off their chin. It’s the only bit of Oscar and Lucinda that’s at all from my life. “If there was a bishop, my mother would have him to tea.” Which was true—in Bacchus March my mother would have the bishop for tea. And my father would always cause trouble and would say things like, “Why are you kicking me under the table?” Because he would have been saying irreligious or disrespectful things. So I had a sort of a schooling in that way of being.

William Faulkner, whose writing inspired you back in the day when you worked in advertising agencies run by ex-Communists, said: “The past is never dead. It’s not even past.” A Long Way from Home and The True History of the Kelly Gang, like most of your books, are about history reflecting the present, aren’t they?

Yeah, it’s alive with us every day. I think I put the quote in the Kelly Gang; one does these things as a slightly defensive move because I knew a number of my friends couldn’t see the point in me writing about Ned Kelly. They would say: “Why would you do that? We know all about him! Why would you write about the past,” etc.

I don’t have an executive producer credit, totally nothing. But I’m very aware of what the producers have been doing, what they’re doing with the script. I couldn’t have worked out the architecture of a screenplay based on my book. Their Ned Kelly is not exactly my Ned Kelly, and how could it be? And why would you want it to be anyway? It’ll be very, very exciting.

Could you talk maybe about how these filmic collaborations have influenced you when you go back to your novels?

When you go back to a novel you do whatever you f—ing want [laughs]. And when you work on a film you can’t rely on people to do exactly what you want and they don’t want to either. It was really interesting to work with Wim Wenders on Until the End of the World and to see what a film director has to do to keep a project alive. Which is, really, paddling on a bicycle, juggling and cracking nuts at the same time, and playing drums. Incredible, his will and determination to make it. So Until the End of the World is his movie.

Like the Republicans in America, does Australia’s attitude towards refugees also have room for improvement?

In Australia, it’s just so cruel and so shameful. It’s become what Australia is known for. I think immigration has surpassed the kangaroo. It’s such an irony that a country whose whole non-Indigenous population, people who came by boats, often in chains, has been unable to find a humane way to respond to people in desperate need.

Is there anything else you hope A Long Way from Home readers will take away?

I suppose I’d like them to be sorry they’d finished the book [laughs], to have had a good time reading it in spite of everything. And also, in terms of thinking about questions of race and between races and so on, there really is a place for humour. When we can really connect with people that are not exactly the same as us through humour, I think we’re doing well and we’ve reached a deeper and more sympathetic imagining of the other, and giving them the dignity and credit that they deserve as human beings.