Pig out with this book on pigs

Book review: Mark Essig's book is jam-packed with facts and trivia, but it doesn't quite deliver the whole hog 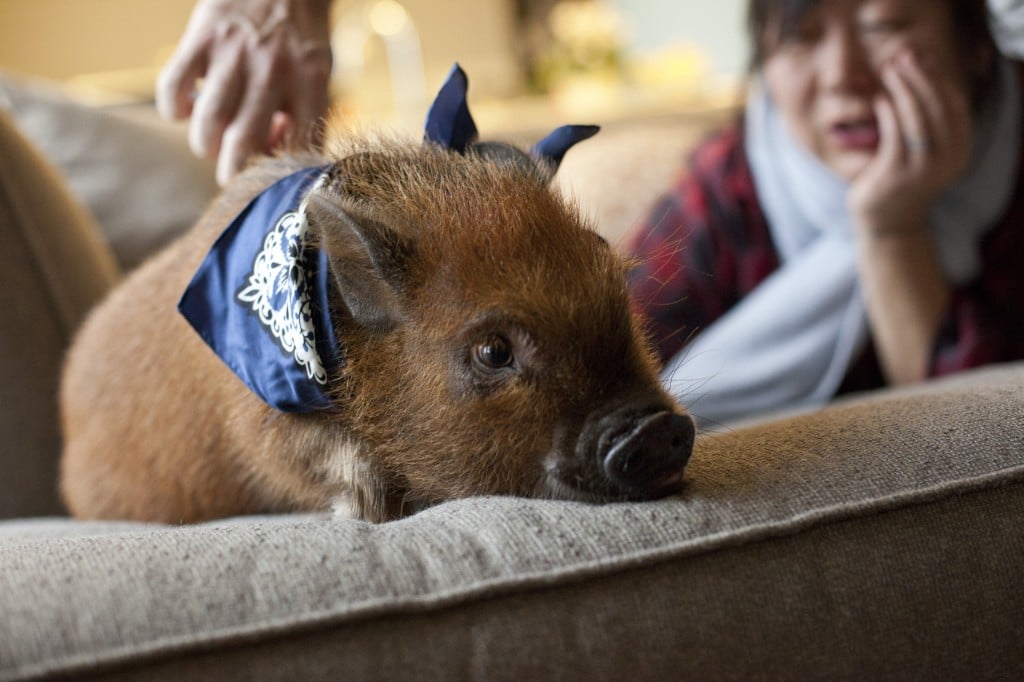 The family gathers around their pet pig. Photograph by Andrew Tolson

LESSER BEASTS: A SNOUT-TO-TAIL HISTORY OF THE HUMBLE PIG

Countless criminals have been branded filthy swine over the course of history. But throughout the Middle Ages, European courtrooms saw their fair share of offenders who were, in fact, filthy swine. In France in the late 1400s, a pig was sent to prison and eventually executed for devouring a small child; a century earlier, after committing a similar crime, one of that cochon’s compatriots was outfitted in pants, a jacket and a pair of gloves before being hanged. According to one account from a medieval courtroom, these cases were meant to send a message to other potential porcine troublemakers. Compared to their barnyard associates, it’s clear that pigs have long played an outsized role in the popular consciousness.

That role—and how it has changed over the ages—is what Essig sets out to explore. A historian and professor of American studies, Essig handily reframes a timeline of Western civilization with pigs playing a major (if not starring) role at crucial moments, from the rise of the Roman Empire to Henry Ford’s invention of the assembly line. He concludes his tour in the realm of modern factory farming—a phenomenon that has subjected the humble hog to even more unfathomable abuse than those pre-Enlightenment judges.

Essig punctuates his chronology with utterly delightful tidbits of trivia. Ambitious foodies may draw inspiration from his description of the Count of Savoy’s chef, who “presented a boar’s head set between its disarticulated feet, with one side of the head covered in gold foil and the other glazed with green sauce,” while a lit wick in the boar’s mouth made the beast appear to breathe fire. He also does a fine job of mapping out the significance of pigs: They were de facto agents of empire in the British conquest of the New World, an efficient way to package corn yields during the Western settlement of the United States.

Despite all this, Lesser Beasts never quite delivers on its “snout-to-tail” promise. In the first two-thirds of the book, Essig is too committed to a straight chronology to delve into the broader cultural history of the pig; reflections on the animal’s appearances in art and literature are fleeting asides. And, by the time he reaches the 20th century, Essig’s book takes a sharp turn into the realm of nutritional science, food security and environmental philosophy. It’s interesting material, but it feels lightweight compared to previous work in this area by Michael Pollan and Eric Schlosser, among others.