Pinpoint's sharp telling of the story of GPS

How a military project changed the way we navigate the world 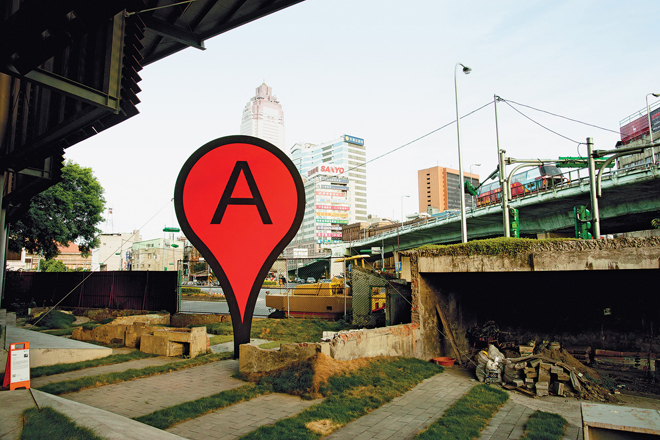 The global positioning system has seamlessly made its way into almost all aspects of our lives, yet the technology has only been in existence for the last 50 years. Milner, a journalist whose first book, Perfecting Sound Forever, catalogued the history of recorded sound, considers the effects and history of GPS in Pinpoint: How GPS is Changing Technology, Culture, and Our Minds.

Most of us know GPS from our TomToms, Garmins, or smartphone maps in our cars. But it’s only as the technology has evolved that GPS began to be used “as a navigation or wayfinding tool,” Milner writes. At the outset GPS was a military project, “a way to drop bombs and launch missiles” with more accuracy—unlike the “no precision” bombing of the Second World War and Vietnam; it made its debut during the Gulf War years, then moved to what it is now, a part of virtually all technological systems. It has made its way into the aviation industry (whose steep safety requirements held off using it for some time), “precision agriculture” (“By 2020 . . . nearly 50 per cent of the world’s tractors will use GPS”), and tracking subjects, for instance sex offenders, or truck drivers, who avoid the scenic route in their travels, now that their bosses could be watching.

Laced into this historical account is a warning. One of the problems with GPS’s omnipresence, Milner argues convincingly, is that it’s altering our own intuitive ways of navigating the world. In a chilling chapter called “Death by GPS,” he recounts the story of the Chretiens, the Canadian couple who got extremely lost in the U.S. when they followed the directions on their GPS instead of relying on well-established roadways. Albert eventually died and Rita was found weeks later on the brink of death. This example, for Milner, illustrates that we may be“losing a part of ourselves” when we give our “cognitive maps”—what we’ve learned over years and by doing things in the world—over to GPS technology. Pinpoint is a dense read, packed full of facts and information. And reading it just might remind us to lift up our heads and look around before taking that next step.