The politics of Kendo 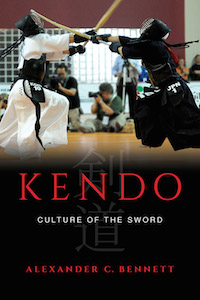 Kendo: Culture of the Sword

Consider Canadians’ existential relationship with hockey, in all its emotional and psychological complexity: pride in the game’s invention, belief in its mystical connection to some essential Canadianness, punch-to-the-gut dread that foreigners will pervert it or prove better at it—or still worse, do both. Then ratchet up the intensity a thousandfold. That’s the Japanese and their martial arts. From swordplay to unarmed combat, all their budo—the various codified “ways” of traditional warfare—have gone out into the world. This global popularity inspires immense pride in the Japanese, notes Bennett, a professor of Japanese studies at Kansai University in Osaka, but also a lot of anxiety.

Kendo purists are determined not to go the way of judo, the most widespread of the budo, which they think is already a lost cause. Millions participate around the world, and non-Japanese routinely win Olympic judo gold, even if, as one Japanese master sniffed, the foreigners have merely mastered judo’s techniques, not its essence: “It’s not about how to win. How to be is more important.” Kendoists couldn’t agree more, especially with the pretence about being indifferent to winning. Protected by armour, kendoists thrust and strike at each other with bamboo swords; etiquette and style are as important as landing blows, while scoring is almost entirely subjective and interpreted by an overwhelmingly Japanese referee corps.

Then there’s the looming threat of the Koreans, who are willing to adapt scoring in their own version (kumdo) to Olympic standards, thereby threatening Japanese control of international kendo. The Koreans have even won a recent world championship, although not by directly defeating the Japanese, who had already lost in the semifinals to the Americans. (Canadian hockey fans can empathize with that trauma.)

Bennett, who first fell in love with kendo as a 17-year-old exchange student from New Zealand, understands all the tension and contradictions—indeed, he virtually embodies them. He’s frustrated that no matter how long he practises kendo, he will never really “get” it in the eyes of some, given his misfortune in not being born Japanese. At the same time Bennett admits that a core part of kendo’s appeal to foreigners, including him, is its Japanese-ness, its promised window into the soul of a people.

So what’s a besotted outsider to do? In Bennett’s case, write an extraordinary book. It’s at once a first-rate cultural history of Japan’s long relationship with the sword—concentrating on kendo’s 19th-century modernization, which owes as much to contemporary European ideas of manly pursuits as it does to native tradition—and a work of personal therapy in which Bennett sorts out his own complicated feelings. The result is unique and compelling, even for followers of the way of the Zamboni.