Camilla Gibb explains why writing 'This Is Happy' was a godsend

Camilla Gibb’s haunting memoir, a finalist for the 2016 RBC Taylor prize, heads to the heart of what family means 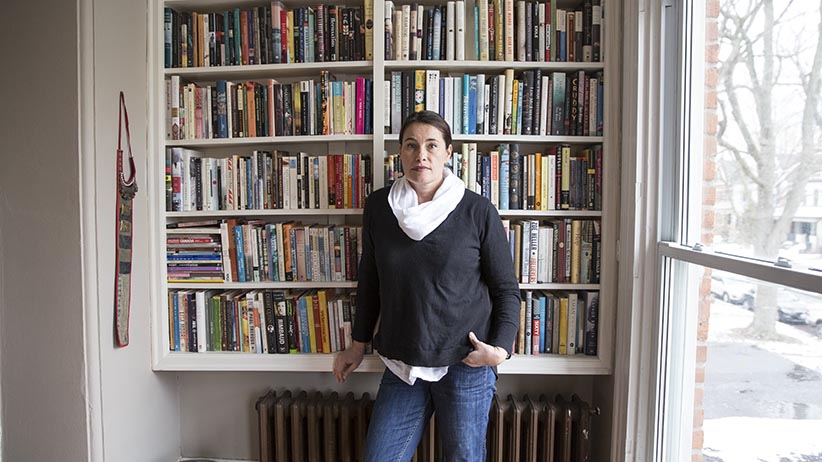 It was about six years ago when Camilla Gibb—a bestselling novelist who had found with her first book, Mouthing the Words (1999), that writing was almost the only thing that made it “tolerable to be human”—discovered she felt “abandoned by the language of fiction.” The loss was intimately connected with the other blow that fell hard on her at the time. Her partner of 10 years suddenly left her just when Gibb, then 41, was pregnant with a long-sought child.

But writing remained the sole means “to figure out what I was thinking and feeling,” recalls Gibb, and non-fiction, with its demand “to go straight to the idea, its possibility of being spare and unadorned,” exerted a siren call. The result was a memoir, now nominated for the $25,000 RBC Taylor Prize, a story of family and individual crises that chronicled Gibb’s halting achievement of the state captured in its title: This is Happy.

Here, as part of a series on the 2016 RBC Taylor Prize nominees, an exclusive excerpt of Gibb’s book, This is Happy:

Growing up, I was quite sure I would never have children. I didn’t have fantasies of marriage and motherhood. Perhaps the rupture of my own family destroyed my confidence in the idea of one. Perhaps I was just too dark to embrace the necessary light. There has long been a strain of nihilism in me that wonders what we all amount to in the end and why, indeed, we bother.

During the course of my graduate work in England in my mid- to late-twenties, I found myself in the midst of a long and major depression. I did not fall into it, there was no tumble, just this sense of numbness and dread within and all around me as if it had always been there. I didn’t know then that this was depression. I just knew it was best that I keep my head down and do my work.

I tried to put these realities to one side as I went about the business of pursuing a very good education. But I soon began to feel I was really nothing more than a brain in a box. I questioned whether I even had a body anymore. When I walked down the street, I felt not just unseen but unseeable. I had a sense that I was breaking up into pixels, no longer a coherent whole.

I became convinced that I must have inherited my father’s illness, whatever that might be. At 10, I had diagnosed him as an alcoholic, but even then I knew it wasn’t simply the bottle. At Oxford, I started to read in search of answers. I spent hours squatting on the floor of the psychiatry section at Blackwell’s bookshop looking up symptoms and signs. I read about schizophrenia and manic depression and disorders of the self, and although I knew my father had had a penchant for killing small animals as a child—a classic sign of psychopathology—I was too scared to pursue that line of inquiry any further.

My master’s program was coming to an end while I was unravelling. Those weekly papers were read and discussed but never graded. The entirety of the degree rested on two days of exams and a take-home essay at the end of the year. After the second day of exams, I took a walk to Port Meadow—flat, often flooded and shrouded in mist. Lewis Carroll began Alice’s Adventures in Wonderland here, rowing up the Isis with the Liddell sisters. I stood on Walton Well Road Bridge. There was a Roma caravan at the end of the bridge, horses in the meadow to my right, but I was staring at the canal and the train tracks running below.

You’d do little more than break your legs by jumping off it, I thought.

I’d never had a thought like that before. Unfortunately, once you admit possibilities like these into consciousness, they never leave. They are always there, dangling at the outer reaches; they can even become a source of comfort. I had some friends who lived near the meadow. I left the bridge with my new thoughts and walked to their house. One friend suggested I speak to a psychiatrist, and we made an appointment at the Warneford, a psychiatric hospital, for the next day.

I remember answering questions about myself and my family, a doctor creating a psychiatric profile. I was asked whether I had ever heard voices. Whether I had ever believed I was governed by forces outside myself.

— Excerpted from This is Happy. Copyright 2014 Camilla Gibb. Published by Doubleday Canada. All rights reserved.