The best-selling author on why our bosses need to give us more freedom, not money 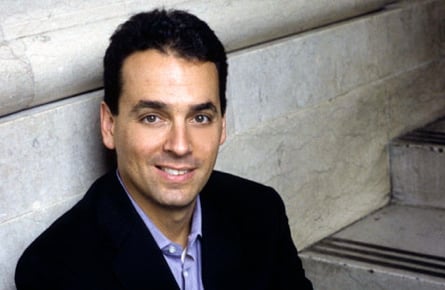 Money, says Daniel Pink, can’t buy you happiness. In fact, in the business world, it doesn’t even buy you a solid day’s work anymore. In his new book, Drive: The Surprising Truth About What Motivates Us, Pink argues we long ago stopped responding to the economic rewards our employers offer us. What we want instead is some control over how we do our work and a good reason to keep at it. Pink recently sat down with Macleans.ca to discuss why the prospect of a bigger paycheque won’t make us work any harder and how companies that don’t notice this will eventually fall by the wayside.

Q: You argue that companies should focus on nurturing purpose by providing intrinsic rewards like freedom and autonomy to employees instead of external ones like money. Isn’t that a bit exploitative?

A: One of the things I try to make clear is that you have pay people more than enough, so you take the issue of money off the table. If you’re running a company and you say, ‘I’m gonna scrimp on salaries and pay people less than they deserve, but I’m going to give them a lot of autonomy,’ that’s not going to work. That’s just another form of control, so it’s not legitimate. People are very exquisitely tuned in to the notion of fairness. If something is seen as exploitative, it might work in the short term, but in the long run, it’s going to be a disaster. It’ll harden cynicism, it’ll de-motivate people.

Q: Your message is primarily addressed at executives or management. Where do employees come into play? 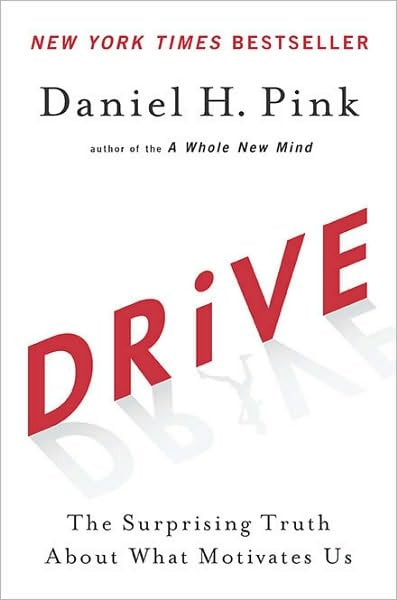 A: You already have more people that are making these sorts of requests, certainly over time. People are making decisions on where to go based on how much flexibility they have at their workplace. I’ve gotten a huge amount of email from people with a version of this question: ‘This is interesting. I think this is right. How do I convince my boss?’ The way you convince the boss is to show, not that this is kinder or gentler, but that this is effective.

Q: Have you been able to measure how much effectiveness or productivity is being lost right now?

A: It’s a good question, but I haven’t. It’d be really interesting to find out. I share an instinct that the amount of talent, brainpower, energy, commitment that is possible is far in excess of the amount of talent, brainpower and capacity that’s being delivered. A lot of it has to do with context. An analogy would be long-distance running: If you’re a long-distance runner and you’re training at very high altitude, where there’s less oxygen, you’re not going to go as far or as fast. That doesn’t mean you’re a bad runner. It means you’re in a place without enough oxygen. But if you go to sea level, where there’s more oxygen, you go a lot faster, because the context has changed. I think a lot of companies are depriving people of the oxygen they need to do great work.

Q: Are we on the cusp of major changes?

Q: Is there a way for governments to nurture more purpose-driven, rather than profit-driven, companies?

A: I think what government can do is create a floor through which people won’t fall. That reduces anxiety and frees up the ability of individuals to do more creative, more interesting, more autonomous work. In the U.S., for the past fifty years, we’ve had big corporations in quasi-government roles. They provided health insurance; they provided pensions; they provided education and training. At a certain point, these companies said, ‘Other countries have systems where their companies don’t have to do this. We’re at a huge competitive disadvantage.’ The public policy is to offer some form of social insurance so that people aren’t terrified and also so that U.S. companies aren’t disadvantaged against Canadian companies or Japanese companies.

Q: To a certain extent, the American Dream has long been a reflection of that relationship with big companies—work was about securing a house, a car, a good vacation. It wasn’t about enjoyment.

A: Part of that is also the nature of the work that was done during those times. For instance, if you were working on an assembly line in Detroit at General Motors, the work itself wasn’t that interesting. Often times, you were turning the same screw the same way over and over again eight hours a day. People were willing to endure that because it provided a sense of security for their family and they could enjoy themselves on the weekend. Now, those kinds of jobs are disappearing.

Q: When did enjoying your work start to factor in?

A: I think that’s the part of the conversation that puzzles people even older than the baby boomer generation. If you’re in the U.S. and you’re coming out of the Great Depression, you have in your head this very salient memory of widespread middle-class deprivation. You’re seeking security and don’t care if it’s not interesting. That makes perfect sense. But then you have generations that came of age in periods of pretty robust affluence. The middle class’s life today, in material terms, would be almost unrecognizable to my grandparents. So there’s an expectation now that if the backdrop of your life includes some measure of comfort, why should you do something terrible when you can do something interesting?

Q: So boredom, rather than deprivation, is the biggest worry today?

A: If you work really hard and you go from $70,000 a year to $77,000 a year, that feels great the first week. But then you metabolize it very quickly. And if you’re still doing something that’s mind numbing, it doesn’t make your work any better. What’s interesting is you see other mechanisms by which people are seeking engagement. For instance, while engagement in the workplace is going down, volunteer work is going up.

Q: Are irrational motivations a threat to purpose-driven companies—things like dogmatic religion or fiercely ideological politics?

A: You’re describing a different form of purpose. You see this with some of the research on terrorists. People’s suspicion was that terrorists were these economically aggrieved folks taking out their grievances for the unfairness of the global economy. In fact, all these terrorists are middle/upper-middle class people who have a kind of higher purpose as it is.

Q: But can’t every purpose be corrupted?

A: I think that’s a problem in political movements, perhaps, or social movements. But you very rarely see a company captured by the pursuit of some anti-economic sinister purpose, except in Marvel Comics maybe. The bigger problem inside companies isn’t the pursuit of a sinister purpose, but the rather stunning amount of purposelessness. The rallying cry of ‘let’s raise earnings per share by two cents this quarter’ is not the kind of thing that’s going to get really talented people to leap out of bed in the morning and race to work. If you look at a high-performing company like Apple, it says ‘let’s put a dent in the universe; let’s do something insanely great.’ I think that kind of broader purpose can be very rallying for talented people.

Q: What you’re arguing recalls Marx’s theory of alienation. Is it ever weird to be pitching Marxism to the business world?

A: Maybe it’s closer to Groucho Marx than to Karl Marx, though I think disengagement and the alienation Marx wrote about are first cousins once-removed. But forget about the politics of it. Human beings want to be engaged. Human beings want to do things that are interesting. They feel most alive when they’re doing something challenging, when they’re doing something that matters to them. And human beings, unlike horses, do sit around and wonder what the point is, what’s the purpose—why are we here? And to neglect those questions in a realm like work where people spend more than half their waking hours seems foolish, on a human level but also on an organizational level.