The American fiction writer says her new novel is about how prisoners in the U.S. are disproportionately poor—and what that says about class and destiny 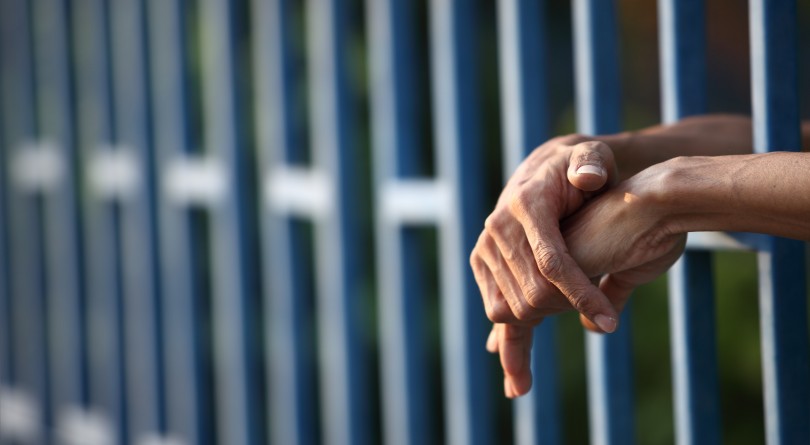 When Rachel Kushner was researching her new novel, The Mars Room, she discovered the California correctional system has a de facto ban on writers touring prisons. “They pretend that there isn’t one,” she says, “so it’s an informal, case-by-case, media ban.” She started doing tours covertly, posing as a continuing education student. The prisons, she says, “are always hiring. They spoke to those students as if they were among their own.”

The prison guards in The Mars Room are caught up in the same system of drastically reduced choices that afflicts the prisoners in “Stanville,” a fictional prison based on the Central California Women’s Facility in Chowchilla, which houses nearly 4,000 prisoners. With every interaction circumscribed by heartless rules and petty rivalries, Kushner’s protagonist, Romy Hall, tries to dredge up some hope. Formerly a dancer at the titular strip club, she’s serving life for having murdered a regular client she felt was endangering her and her young son, from whom she is almost entirely cut off. Kushner intercuts Romy’s story with those of other prisoners and a young man who teaches literature in the prison and quickly loses his idealism.

For Kushner, The Mars Room portrays “a very real dystopia that only affects a certain layer of the population—but I hope the novel is also funny.” Offsetting the bleak atmosphere are wilfully outrageous characters and seemingly tall tales, just like those she packed into her previous novels, both nominated for National Book Awards, Telex from Cuba (2008) and The Flamethrowers (2013). The former depicts the effects of the Cuban Revolution on Americans who had settled in the island nation; the latter, the U.S. art world in the 1970s, in the wake of the oil crisis. The Mars Room starts in 2001—Kushner’s fiction, she says, is “creeping forward” in time. “The country has changed profoundly in certain ways, in the economic shift from manufacturing to finance capital. Writing about class and poverty and the so-called unruly layer of the population that ends up going to prison is a way of looking at where we are right now as a country and an economy.”

Kushner spoke with Maclean’s by phone from Scripps College in Southern California, where she has been teaching about absurdity, human connection and the value of fiction in an age of mass incarceration.

Q: Was it an effort for you to gain the trust of the prisoners you got to know and whose stories informed those of your characters?

A: I wasn’t really looking to gain their trust to get information from them in order to write a novel. I started dialogue with people as a volunteer at an organization that has a case against human rights violations in the women’s prisons in California. It’s called Justice Now, and I started going on their legal visits once a month. [The prisoners] knew that I wanted to learn about people’s situations and predicaments in prison, because I was writing this book, but everybody was actually eager to talk, and I could see that it was really meaningful to people to have somebody pay careful attention to them and treat them with dignity. Also, they could have private dialogues with me that might be different than the way that they interact with one another in prison. It’s a really dysfunctional place, because humans have been put in cages together, and people are competing for limited resources inside of a maze of rules and restrictions, but there were people who were eager to have somebody to talk to about literature, or who wanted to work on their own writing. I offered to mentor them, which seemed like the least I could do, because they were teaching me so much. I’m still friends with all those people.

Q: In The Mars Room, you write about the difficulty one character faces in getting parole—at her hearing, she’s supposed to show insight into her plight and the suffering she has caused, but if she does and brings up “the whole horror of it,” the parole board will recoil: “You could not convince them. There was no way to win.” Did you find in talking to prisoners that they were caught up in this kind of Catch-22 situation?

A: Yes, that was explained to me, and it was really a devastating revelation. I was sobered by somebody else with much deeper knowledge than I do of the parole process. There’s a resource centre at USC [the University of Southern California] for juveniles convicted as adults, and they had put all this stuff up online about how to prepare for your parole board hearing. If you can get the hearing, which is a huge victory, you still have to convince the parole board to release you. [The USC guidelines] included statements by victims about the impacts of crime and how to convince the parole board that you have really suffered a lot of guilt, and you have to be able to show to them, as I say in the book, this insight that you are hyper-alert to your own psychology every step of the way and understand the scope of the pain and harm that you have caused.

I was saying to a formerly incarcerated friend, “I’ve read all this stuff, and I think I can help a friend of ours, because she’s really got to be able to show insight.” My friend said, “I’m sorry, but I have walked so many girls to parole board hearings, and they go in there and they start talking like that, and those people [on the board] shut down one after the other, because you reignite for them all the reasons why the state decided that for public safety, you needed to be incarcerated.” So yes, it is a Catch-22.

Q: Of course, we’re using the term “Catch-22,” which is derived from a novel and then applied to situations in real life. Might fiction be the best way of making people aware of, and allowing them to understand, the kinds of situations that real-life prisoners might find themselves in?

A: I don’t know. I couldn’t make such a grand and sweeping statement myself. For me, as a Californian city-dweller, woman and also novelist, I went through quite a process in my thinking with the material in this book. Somehow conjuring these characters and these stories and the predicaments and absurdities and the humour of it forced me in a really useful way to ask rudimentary questions about law and justice and class and society and what is violence, and I would hope that the book that resulted from all of those ruminations could potentially change the way somebody sees society. It’s important to read history, of course, but this is different. It transcends reduced meaning, and prison is a really complex sector and should not be reduced to this axis on which it actually does function, [between] the concept of guilt and the concept of innocence. Plunging into a novel, one finds oneself in more like a hall of mirrors where that axis no longer really seems to apply.

Q: You wrote in the advance reading version of the novel, “People can’t tolerate complexity. Instead, they simplify and distort.” Even though you ended up cutting out that line, the sentiment seems apt. Is it related to what you’re saying now?

A: Yes, that is exactly what I meant. And as it pertains to real people whose parole process I’ve observed, outsiders campaigned on their behalf without really being able to acknowledge what they did to begin with. It’s painful for people to allow for the fact that somebody messed up and committed a really violent crime. And I’m more interested in standing with guilty people rather than trying to pluck out the “relatively innocent” ones, and I think that it is hard to see that sort of moral ambiguity. It’s one way or the other for a lot of people—like, bad people should go to prison, or, prisons are just rounding up people of colour and putting them into pens. It’s more complicated than that because of the reduced set of choices that some people have in our society that do result in some people committing acts of harm. But it’s only poor people who are committing acts of harm, so we really need to think about the way class intersects with people’s lives and how it impinges profoundly on destiny.

Q: And one of the most devastating things about the novel is that sense of helplessness that comes from Romy’s only being able to contact people on the outside who are paying for the inmate calling service, Global Tel Link.

A: Yeah, and I do that for people. But it feels creepy—I have too much power that way, because I’m holding the reins on somebody’s existence. I can talk to their lawyer, and they can’t? It’s awkward. They said they hope to get that funded again soon.

Q: To what extent did your experience of growing up in the 1980s in San Francisco inform Romy’s?

A: Oh, it informed it hugely. I don’t think I could have written a character like her and had the range that I did without placing her in a world that I know intimately. And I resisted doing that for a long time—I had started writing these passages about San Francisco in the ‘80s, and I thought, “Nobody cares about that. It’s a very specific place and time, and no one who didn’t experience it would really believe that it was credible.” It was just kind of unwholesome.

But in thinking into a character who would end up with a life sentence in prison, I decided that the only way to do it with deep, intimate command of her experience would be to make her one of the people I have known. She’s not based on anybody, but I’ve added her into the matrix that already existed, and I made my friends her friends. That allowed me to think into the past and why certain people’s lives ended up the way they did—especially by comparison with mine, because I had loving parents.