'You should know, Mr. Trussardi, I distinctly dislike losing. If I take your case, I will win, or exhaust myself trying': Read the first chapter of 'Full Disclosure' 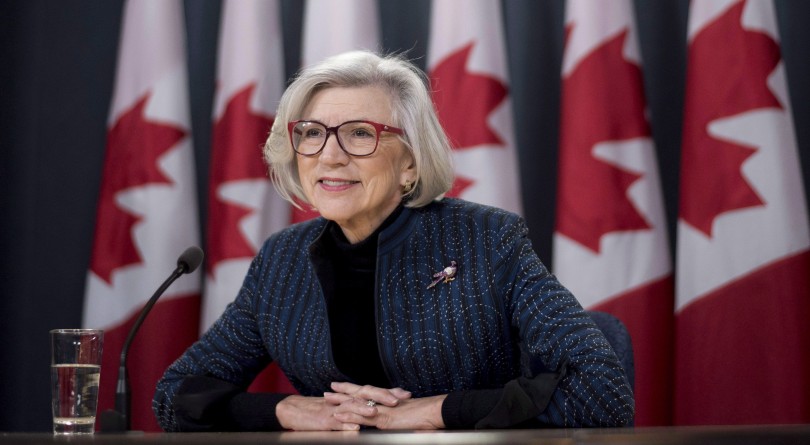 Outgoing Chief Justice of the Supreme Court of Canada Beverley McLachlin listens to a question during a news conference on her retirement, in Ottawa on Friday, Dec. 15, 2017. THE CANADIAN PRESS/Justin Tang 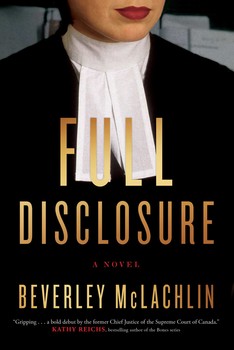 Jilly Truitt, a Vancouver lawyer with a load of baggage from her hardscrabble past, has taken on the defence of a mysterious businessman accused of a seemingly open-and-shut case of murder. In a ripping read full of twists, turns, and glimpses into Canada’s real-life justice system, Truitt finds much more than she bargained for.

If this legal thriller sounds like it might have been mined from the expertise of a lawyer writing from what they know, you’re right, to a point—the author of the new novel Full Disclosure is none other than Beverley McLachlin, the longest tenured chief justice in Canada’s history. “Oh, how do you tell what’s you and what’s other people?” McLachlin says in an interview with Brian Bethune. “She’s certainly not me in any direct way. I never practised criminal law, I never lived her kind of a life, I was never involved with people on the dark streets of Vancouver. None of that is my life at all, which was much more conventional. But her attitude, yes, and her values, some of that I share, though she’s also other people I’ve met and admired.” Read her full interview with Maclean’s here, and read the exclusive excerpt of the book’s first chapter below.

READ MORE: How I went from Supreme Court chief justice to ‘Citizen McLachlin’

What do you do when your client goes to jail?

You do what you can, then forget.

I look down the long corridor of the detention centre and wonder how it will be this time.

The guard, a burly man in uniform, spies me at the end of the hallway. A shadow crosses his hardened features. He doesn’t like lawyers, particularly women lawyers with saucy haircuts and eyes that refuse to look down or away. The steel door behind him opens, a grating sound of metal on metal, and my client appears. Vincent Trussardi. Scion of the business world, patron of the arts. And as of yesterday, widower charged with the murder of his wife.

Trussardi walks toward me, steps measured, shackled wrists crossed in dignified mien. Did he kill his elegant wife? Probably, I think to myself—I can hope, at least at the beginning, that I’m wrong, but a decade in criminal law has made me jaded. Not that it matters. My job is to get him out and get him off.

The guard’s right hand moves to his holster as the flat of his left nudges the prisoner forward. My client stops, half turns to resist, then resumes his calculated stride. For some perverse reason, they’ve put Vincent Trussardi—upstanding citizen, no criminal record—in cuffs. Whether he killed his wife, he’s hardly likely to take the guards down and make an unscheduled run for the door. Prisons run on the dignity game—we take it; you keep it if you can. Most people can’t.

Maybe this man is an exception. Even in prison reds, he commands. The guard backs off a little, averts his eyes as he bends to unlock the cuffs. A uniformed woman appears from nowhere—a slight creature with brush cut hair—and scrabbles a key at the door of an interview room. Trussardi moves into the room; the guard waves me in. The door clanks behind us. We are alone, unless you count the shadow of the guard’s face behind the window high on the wall.

There’s not much in the room—a table, two plastic chairs. They dehumanize these places. I motion to my client to sit down; he complies with a graceful shift of the torso. He’s caught on quick; cuffs change the way you move. I scrape back the chair opposite and slide into it.

“Thank you for coming, Miss Truitt,” Vincent Trussardi says, his voice low and gravelly. His eyes—green, gold-rimmed, heavy like an ancient icon—assess me. I’m not used to my clients studying me. “Just get me out of here,” they tend to say. I decide to stare back.

Despite the onset of middle age, toned muscle shows beneath Trussardi’s prison reds. His face is even featured, conventionally handsome. A mane of white-streaked black hair flows from forehead to chin; a black-russet mustache and beard frame full lips, the square of his jaw. His bearing is proud, his gaze lamenting. Why not, I think. If the papers are right, he has much to grieve for.

I break eye contact and flip open the briefcase at my side.

“Joseph Quentin called me,” I say, signing in to my MacBook Air. “He says you want me to act for you.” I open a document and type “Vincent Trussardi.”

“Yes, they tell me I must fight this charge and that to fight it, I must have a lawyer. I understand you are competent, Miss Truitt.” His voice sinks to a whisper. “You will do as well as any. Who knows, perhaps better.”

I glance up from my screen. Is he guilty? Does he just want to get this over with?

“I look forward to getting to know you,” he says, as if we’re agreeing to a merger.

I launch into my spiel. “Mr. Trussardi. The law presumes you innocent, but a murder charge is serious. I’m here to help you.” First lesson in client management: calm them down. “Relax, you’re in good hands.”

“I understand you’ve been questioned by the police.”

“I told them the truth. I came home and found my wife dead.”

If Joseph Quentin, renowned counsel to Vancouver’s elite, had had the sense to call me at the outset, Vincent Trussardi would have sat tight on his right to silence. No point in telling him that now. What’s happened has happened. I just hope he hasn’t sunk his case by revealing something he thought didn’t matter.

As if sensing my disquiet, he leans forward. “You shouldn’t worry, Miss Truitt. I am not a fool—I know that innocent people go down. Not infrequently, despite your vaunted justice system. I appreciate your help, hope for the best—but you should know, I am prepared for the worst. If it comes to that.”

“And you should know, Mr. Trussardi, I distinctly dislike losing. If I take your case, I will win, or exhaust myself trying.”

He sits back. “Good, Miss Jilly Truitt. I approve. In fact, I think I am beginning to like you.”

I ignore the sortie. Don’t patronize me. “The first thing we need to do is to secure your release—get you out of here. Then we can talk about the case and whether you want us to take it. If we work that out, we’ll discuss what the Crown has against you and how we should handle your defense. We’ll look after everything. All in due course.”

My little speech, honed to perfection, washes over him like water. He gives me an empty smile.

I remind myself of the second lesson in client management: insulate yourself against failure. “I would be less than frank, Mr. Trussardi, if I did not tell you that on charges as grave as this one, the judges do not favor release on bail. However, we will do our best.”

“So what precisely do you need, Miss Truitt? To secure my release. Or try.”

“We need personal information—residence, income, someone who will act as surety, passport, that sort of thing. And we may need cash to make the bail.”

“Hildegard,” he intones. “Hildegard Bremner, TEC Tower.” He recites a phone number, and I write it down. “My personal secretary in the ancient sense of the word—keeper of the family vaults.”

“I see.” But I’m not seeing at all. “The judge may want a tidy sum for bail.” I think again of what I’ve read in the papers about the death of his wife. “Given the circumstances.”

He regards me levelly. “A matter of no consequence.”

“And I’ll need a retainer. Ten thousand to start. More later.” The third rule of criminal defense work: get the money up front.

“Only ten?” He allows himself a soft laugh. “I’m sure you’re worth much more than that, Miss Truitt. Hildegard can arrange the payment.”

“Very well.” I slip my laptop back into its case. “Unless you have further questions, I’ll get started. My associate, Jeff Solosky, will contact Hildegard and look after the details. With luck, we’ll have you out of here today.”

“That would be much appreciated.” His voice catches. “My wife’s funeral is tomorrow afternoon. I wish to attend.”

“The press will be there. Paparazzi, photos all over the papers, wall-to-wall coverage on the six o’clock news. Are you sure you want to go, Mr. Trussardi?”

“The funeral is for her—for Laura. For those who loved her.” Once more, he fixes his eyes on mine. “For me.”

I consider the optics. Grieving husband at wife’s funeral. Not bad.

“Fine,” I say. “Just wear black and keep your head down.”