Recapping a night of wins at the Rogers Writers' Trust gala

As expected, Miriam Toews walked away with $25,000 for her beloved new book, 'All My Puny Sorrows' 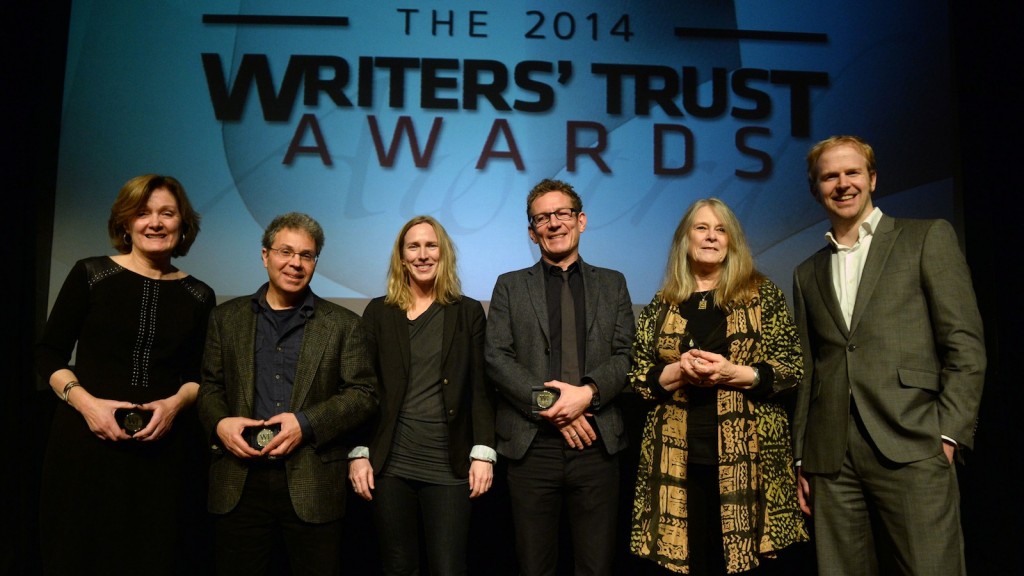 Miriam Toews took home $25,000 last night when the Rogers Writers’ Trust Fiction Prize became the first of Canada’s three major fiction prizes to declare its winner. The outcome was widely expected. Toews’ bestselling novel, All My Puny Sorrows, is the only title to appear on more than one award short list, and a second win at the Scotiabank Giller gala on Nov. 10 wouldn’t startle anyone—except possibly Toews, who was surprised enough by this one to have no prepared remarks when she reached the stage. She later explained that uncertainty is simply “the inherent nature of writers; you just don’t know how people will respond to what you’ve created.” 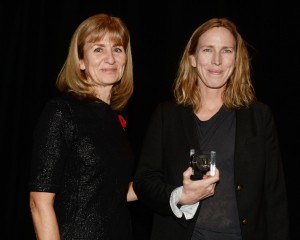 Nor does Toews, a writer who applies her exceptional comic gifts to palliate the harshest themes, actually need notes to hold a crowd in the palm of her hand. Her mother, “unfortunately,” couldn’t be there, Toews said, before pausing a beat. You could feel the crowd stiffen. The author has lost both her father and sister to suicide—the latter’s death is the genesis of All My Puny Sorrows—and it seemed for a moment that she had bad news about her mother’s health to communicate. But no, Toews continued, “She’s at a Raptors game; she got tickets at the last minute and it’s Oklahoma City and she’s a huge Kevin Durant fan and it was ‘Miriam, you don’t mind, do you . . .’ ” before the rest was drowned out in relieved laughter.

Related reading: An excerpt from Miriam Toews’s All My Puny Sorrows

It was an evening of exceptional addresses from the stage. Describing himself as “literally speechless,” Tyler Keevil, winner of the $10,000 Journey Prize for his short story “Sealskin,” cheerfully chatted with a charmed audience while searching his pockets for the list of names he wanted to thank. Patsy Aidana, publisher and widow of Matt Cohen, introduced Susan Musgrave, this year’s winner of the award—In Celebration of a Writing Life—by noting how Cohen, decades ago, had headed west in pursuit of Musgrave, and ended up being chased about Haida Gwaii by Musgrave’s gun-toting husband. The winner of the $20,000 prize then appeared to say, almost as an aside, that she knew Cohen had “come to ruin my marriage,” but she hadn’t known about the shotgun: “The things you learn about your own life.” Afterwards, the two women spent some time in a deep, amicable discussion backstage. Joan Thomas, winner of this year’s $25,000 mid-career Engel/Findley award and a current nominee for the Governor-General’s literary award for her novel The Opening Sky, delivered a notably gracious acceptance speech. Thomas mentioned not only the practical and financial difficulties writers face in the digital age, but more subtle struggles of an era when the public at large seems determined not to be aware of the future’s many looming challenges. Artists, she said, by their nature did not have the luxury of denial; instead, they faced the challenge of communicating with those who did.

Related reading: How the Writers’ Trust of Canada saves authors

But the night belonged to Toews. Switching grace notes, she thanked her basketball-loving mother for “teaching me how to be brave,” and, tearfully, her late sister, “Marj, who’s witty and elegant and a loving spirit and never leaves me. She fought a lot of battles for me in the past and I hope that this book fights one for her.”