Remembering when architecture predicted the future

'Last Futures' yearns for a time when we used architecture to imagine better futures for everyone, not just paying customers 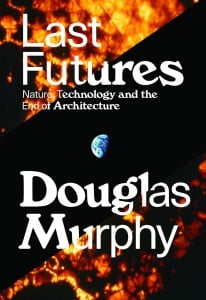 “Most of us now understand that architecture is the least suitable instrument with which to achieve social justice,” Museum of Modern Art curator Arthur Drexler said in 1975. That quote could be the antithesis of this book, which looks at the 1960s and 1970s as a period when governments were brave enough to experiment and architecture could claim to improve social and spatial organization.

A few traces of this hopeful time appear today, rather depressingly: tensile structures drape like high-tech skins over expensive corporate buildings while the enormous free spaces imagined by Buckminster Fuller and Konrad Wachsmann are best realized in highly reconfigurable supermarkets and airports. Instead of a three-day work week, space colonies, and green tech, we got Starbucks at gate C43.

You get the sense that maybe architecture was not the only problem, and the appropriate limits of the discipline is a question that haunts this provocative and compelling book.

Murphy catapults through the ’60s and ’70s, presenting architectural projects that were considered models for an imminent future. Many of them, like Moshe Safdie’s Habitat in Montreal, are now misread as experiments in iconicity rather than radically motivated attempts to make life more free as well as more equal. Some of them still seem slightly mad, like Archigram’s design for a Walking City or Cedric Price’s influential Fun Palace, but Murphy’s favourites, like Denys Lasdun’s residences at the University of East Anglia, tried to humanize new approaches and new technology. And they got built.

The Expos of Montreal in 1967 and Osaka in 1970 figure as high-water marks, “museums of the near future.” The book is more vague about exactly what went wrong. Cheap oil and shoddy construction contributed, and Murphy argues persuasively that blaming prefabricated public housing for all kinds of social problems was a cynical and effective manoeuvre to distract from government’s responsibility for economic changes. Computers confused things further by offering an accessible new frontier with an illusion of control. Instead of colonies in orbit or even schemes to reimagine our existing cities, architectural ingenuity got sucked into “block worlds” without the frustrations of permits or people. The social promise of radical ideas turns out to be very fragile.

Murphy drily observes that new headquarters for Apple, Google and Amazon derive significant elements from ’70s projects, without the egalitarian ethic or much sense of their history. Space travel for the masses is back on the table too, but reached by SpaceX instead of NASA. It’s an appropriate ending for a recent history of how we used to imagine better futures for everyone, not just paying customers.