The undiscovered mastermind of the Lindbergh kidnapping 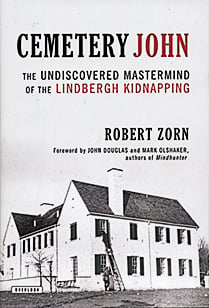 After so many other crimes of the century, it can be hard to realize how big a celebrity Charles Lindbergh was, or how huge a media event the 1932 kidnapping and murder of the famed aviator’s namesake child was.

Emphasizing the media circus lets Zorn make a vital point: whoever snatched and killed the 20-month-old was running such a risk that the danger and attention must have been part of the motive.

That ambitious mastermind certainly wasn’t Bruno Richard Hauptmann, a German-born carpenter and petty criminal, interested in money but not at all in sticking his neck out further than necessary. There’s no doubt that Hauptmann, the only person ever tried (and convicted and executed) for the crime, was guilty. He had a quarter of the $50,000 ransom in his possession when he was arrested, and forensic evidence tied him to the ladder used to reach the child’s second-floor bedroom.

But during the initial investigation the crime was never assumed to have been a solo job. The ladder was short, and the snatch would have required at least two men—one handing the baby out the window to the other.

And then there was the mysterious Cemetery John, who accepted the $50,000 in St. Raymond’s Cemetery in the Bronx, and who has never convincingly been identified as Hauptmann.

But it took two years of patient detective work to find Hauptmann (via the marked bills from the ransom), and the beleaguered authorities were happy to blame it all on him. Zorn, following up on a teenaged encounter of his late father, who had grown up in a German-immigrant Bronx neighbourhood in the 1920s, has another suspect in his sights. John Kroll, also German-born, matched Cemetery John’s physical description (right down to a deformed left thumb), had the sociopathic personality modern-day profilers see behind the crime, and displayed a sudden and inexplicable affluence after the kidnapping.

It is as neat, and convincing, a solution ever proposed for one of the coldest of cold cases.