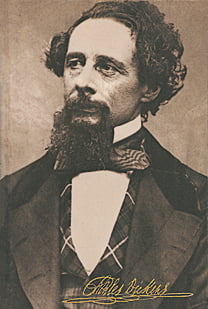 Dickens at 12 was head of his family: John, his father, considered himself entitled to high living, and his debts put him in jail. By the time he left prison, Charles was working in Covent Garden, labelling jars of shoe polish. When John and a colleague, Charles Dilke, stopped to watch the boy at work, Dilke “went in and gave him half a crown, and received in return a very low bow,” writes Tomalin in her affecting account of a life as full of coincidences, far-fetched luck and wrenching reversals as any Dickens novel.

The episode haunted Dickens, and shame long prevented him from telling even his dearest friend, John Forster, who learned of it years later from Dilke, then manager of the Daily News, the very paper Dickens launched as editor in 1846, but then abruptly left amid worries he was finished as a novelist. Indeed, Dickens sensed himself nearing breakdown: bad memories, long suppressed, were resurfacing. That tumult he poured into David Copperfield, another triumph for a man still in his 30s who’d already written Oliver Twist, A Christmas Carol and more—a proto-celebrity whose appearances drew vast crowds.

Dickens was maniacally active, and Tomalin at times risks producing itinerary rather than biography. Still, you want more: her Dickens is moody, a dastardly bargainer with publishers, pathologically social. His judgments are shrewd—he wrote of Toronto that “the wild and rabid toryism … is … appalling.” Catherine, his long-suffering, mismatched wife, is always pregnant (they had 10 children), his father is constantly broke and forging his wealthy son’s name on cheques.

Astonishingly, Dickens himself isn’t overshadowed by his own output: he remains a character—unique, curious, game, as on New Year’s Eve, 1846, when in Paris “he visited the morgue to look at the unidentified bodies laid out there. He went alone at dusk and saw an old man with a grey head in the otherwise empty place.”