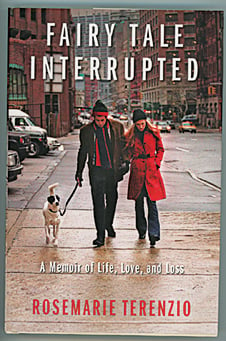 How did a wisecracking, Howard Stern-loving, twentysomething gal from the Bronx become the personal assistant to John F. Kennedy Jr.? By being sassy, wisecracking—and immune to the charms of the Kennedy scion, once named “sexiest man alive” by People magazine. “He loved that I treated him like a normal person and not like JFK Jr.,” insists author RoseMarie Terenzio, who worked for Kennedy for five years, during which time he launched George, a flashy political magazine, and married Carolyn Bessette. Terenzio’s memoir of their relationship is studded with such delicious detail that even readers who don’t remember the days when John and Carolyn fighting in Central Park made front-page news will devour it.

The two met in 1994 when a co-owner of the New York PR firm where Terenzio worked sold the agency in order to go into business with Kennedy. Terenzio thought she’d be out of a job but at the 11th hour, Kennedy asked her to work for him. The plan? To start a magazine that merged the two worlds of pop culture and politics. No one was more qualified to helm George than him, argues Terenzio, “since he exemplified both.” And, arguably, no one is better at observing the affairs of a magazine than the boss’s assistant: with sprezzatura to spare, Terenzio delivers tantalizing accounts of staff cattiness and celebrity dealings, including cold-shouldering Oprah, a crazy call from Marlon Brando, and Sean Penn behaving like, well, Sean Penn.

Of course, she made mistakes, like forgetting to book the occasional lunch reservation, but Terenzio learned fast, and the perks—courtside Knicks tickets, a week every summer at the Hyannis Cape house, shopping sprees with Carolyn—were plentiful.

On July 16, 1999, the Piper Saratoga aircraft piloted by Kennedy and carrying his wife and sister-in-law crashed into the Atlantic off the coast of Martha’s Vineyard: Terenzio helped organize the minutiae of her boss’s funeral the same way she’d managed his life. The memoir promises to be “a true portrait of the man behind the icon,” but it’s far more successful as a case study of the fascinating relationship between the often unsentimental executive who requests the impossible and the loyal, fiercely protective assistant. Call it Administrative Stockholm Syndrome.