REVIEW: Gods Like Us: On Movie Stardom and Modern Fame 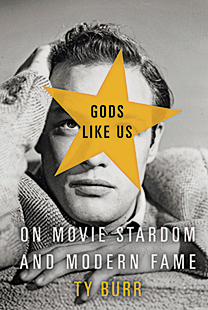 Reading this book is like having a very well-informed person tell you anecdotes about movie stars. Of course, Burr, a film critic for the Boston Globe, has a more ambitious agenda than that: starting with the invention of the movie star and progressing to today’s fragmented, Internet-fuelled world, he aims to prove that the era of the glamorous star is finally over. Thanks to YouTube, reality TV and other current phenomena, the star system has broken down. Jimmy Stewart and Tom Hanks have been replaced by Snooki and the Situation. The book is what Burr calls “a memorial for the old ways” of fame.

Not that he thinks everything suddenly changed when the Internet came along: part of the point of Gods Like Us is that stardom evolves in every era, driven by social change and new technology. The arrival of talking pictures created the famous system whereby new stars were groomed and manufactured by the studios, while television brought in stars who were “more like you and me.” The ’60s brought a demand for authentic-looking, often slobby stars like Dustin Hoffman, while the ’90s brought in “the rise of alt as an idea and a market niche,” allowing people like Bill Murray to reinvent themselves for non-mainstream audiences.

Because Burr spends no more than a paragraph or two on most stars—with the exception of huge world-shaking revolutionaries like Marlon Brando—the book can seem disjointed, as if he’s skipping randomly from one interesting story to another; it seems ironic when he decries “the short-attention-span theatre of modern pop culture,” when he writes mainly in short snippets. Still, the result is a good primer on the various types of stars and the different fates they meet—from obscurity to resurgence to, in the final chapter, premature death. The result, in spite of Burr’s lament for a bygone age of stardom, makes us look forward to what the next era will bring.