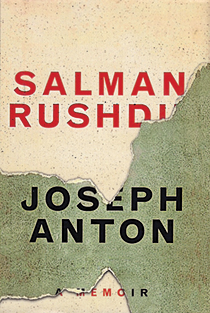 Rushdie and his publishers may be fortunate in the timing of his memoir of his nine years in hiding after the Ayatollah Khomeini issued a 1989 fatwa calling for the death of the author and everyone else involved in the publication of Rushdie’s novel The Satanic Verses. As Joseph Anton—which takes its title from Rushdie’s underground name, derived from two favourite writers, Joseph Conrad and Anton Chekhov—arrived in bookstores, violent mobs were attacking Western embassies and killing diplomats for the same perceived crime of insulting Islam and its prophet. But the timing is more dispiriting for the rest of us, a reminder that anti-free-speech violence, or even just the threat of it, essentially won the day 23 years ago. Consider that Iqbal Sacranie, later the head of the Muslim Council of Britain and prominent among those baying for Rushdie’s blood—he declared that “death, perhaps, is a bit too easy” for the author—was knighted for community service in 2001; Rushdie’s knighthood, for services to literature (with a subtext of political martyrdom), took another six years.

It would be beyond Panglossian to reflect that, well, on the positive side, we at least have this fine book. Nonetheless, ?Joseph Anton is wonderful: as much a meditation on life, liberty and the pursuit of truth as an engrossing memoir. From the moment the Western world first heard the word fatwa, Rushdie covers every twist in an ongoing cultural discussion, including protected group feelings, insidiously creeping self-censorship and blaming the victim—long banished in progressive thought from matters of sexual assault but alive and well in political controversy.

There are thought-provoking moments throughout. When Rushdie meets his brilliant American editor Bob Gottlieb, he says, as a friend, “I always tell people if you had known that your book was going to kill people, of course you wouldn’t have written it.” Rushdie’s response? To spin on his heel and walk away: “He didn’t understand what was wrong with what he said.” The author doesn’t elaborate at that point, but he doesn’t need to. His entire memoir is an articulate and powerful defence.