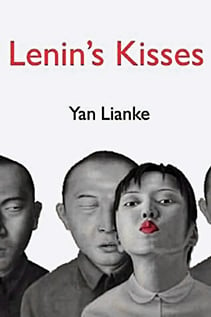 Pity the person asked to summarize Yan Lianke’s epic, comic-tragic, uncategorizable novel set in modern-day China. But here goes: a freak summer blizzard befalls Liven, a bucolic, remote Chinese village that exists mostly off the government radar. With crops ruined, Liven’s intrepid residents, who soldier on despite some form of physical disability, fall prey to a local bureaucrat’s wacky money-making scheme. Needing funds to travel to Russia to buy Lenin’s rotting corpse, then to install it in a Chinese mountaintop mausoleum as a tourist attraction, he persuades the people they’ll be rewarded with untold riches if they put their disabilities on show. Thus is born the Shuang-huai County Special-Skills Performance Troupe, featuring Deafman Ma’s “firecrackers in the ears” and Blind Tonghua’s “acute listening.” Hilarity and heartbreak ensue, often simultaneously.

That’s but one of the intertwined plots driving this complex, captivating masterpiece. Given Lianke’s acclaim, the book is destined to be read allegorically, as a blistering satire of Chinese capitalism. Certainly satiric references abound. A time-shifting narrative and digressive chapters echo Tristram Shandy. And Lianke’s reliance on footnotes makes David Foster Wallace seem like a piker. Lianke only uses odd numbers, considered inauspicious in China; they serve as constant reminders of the country’s invidious censorship. And that’s not even getting to allusions to Tom Robbins and Jonathan Swift.

But Lianke’s lyrical prose, translated by Carlos Rojas, delivers a more profound meditation on the rank imperfections shared by all humans, no matter their physical fitness. In Liven, healthy people are “wholers,” a stunted girl is celebrated as a “little nin.”

Because Lianke is human himself, Lenin’s Kisses is far from perfect. It can be repetitive. It’s demanding. And Lianke’s fondness for ribald, scatological humour is destined to elicit groans. But in 500 pages, he summons rare wonder: he manages to create a wretched, absurd and beautiful universe both brand- new and newly eternal.