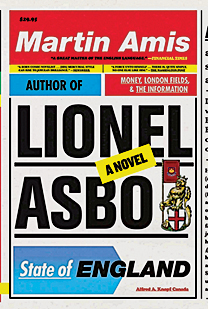 According to all the available evidence, winning the lottery is at best a mixed blessing for most. Money can be a destabilizing force. It can end marriages, change lives and rarely lasts—especially when it arrives suddenly and in great quantities.

Take the case of Michael Carroll. Dubbed by the British tabloids the “Lotto Lout,” Carroll blew through $20 million in less than eight years after he won a big jackpot in 2002. He was repeatedly arrested after his win and admitted to spending a fortune on drugs, prostitutes and jewellery. In 2005 he was given an anti-social behaviour order—an ASBO, in the common parlance—for destroying more than 30 cars with steel balls launched from a slingshot. He now lives on the dole.

Amis likely had Carroll in mind when he created Lionel Asbo, the title character and beating heart of his new novel. Like Carroll, Asbo is of the British class best characterized by a love of lager, bad food and casual violence. In prison after sparking a riot at his best friend’s wedding, Asbo wins a massive lottery. When he gets out, he uses his new money to humiliate rivals, buy women and fund a lifestyle of gilded squalor.

Lionel Asbo clatters along with a kind of giddy chaos. The book opens with Asbo’s nephew—the moral centre of the story—contemplating a sexual affair with his grandmother and it never really looks up from there, as if Amis was channelling Borat, aiming for the squirms as much as the laughs. Luckily for the reader, he delivers plenty of both.