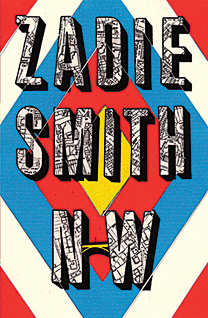 Three characters jostle for the lead in Smith’s fourth novel. Leading the pack is Leah Hanwell, a generous if somewhat juvenile soul whose encounter with a junkie threatens to alienate her from her upwardly mobile husband. Next comes Felix Cooper, a lovable hustler intent on breaking up with his older mistress and building a better life with the woman of his dreams. And then there’s Keisha Blake, an overachieving autodidact, who married a man of means and changed her name to Natalie.

They are bound together by history, having all grown up in Caldwell, a housing project in northwest London. Leah and Keisha, both 35, are former best friends who met at age four, when Keisha dragged Leah out of a public pool by her pigtails, saving her life. Felix wasn’t on the girls’ radar when they were kids but becomes known to them for inauspicious reasons. Through them, Smith gives the lie to the notion that “you can never go home again.” If anything, she seems to be saying, you can never leave.

Disappointingly, the three narratives never quite coalesce, but individually they are delicious, each written in prose distinct to its subject. Leah’s account is dreamy and often disjointed; Felix’s is straightforward and focused. But the Keisha-Natalie voice is the most absorbing, chronicling her life’s milestones in diary-like entries filed under headings such as, “The invention of love, part 1” (the disappointment Natalie feels when she looks for but doesn’t find Frank, her future husband, at a bar). Here Smith is at both her sharpest (“the commute was ‘killing’ her”) and most sympathetic (“the longer she spent alone the more indistinct she became to herself”) and it is through Keisha that Smith channels the book’s most benevolent theme: as cut off as we may feel from the people we love, they’re often but one outstretched hand away.