REVIEW: The Flight of Gemma Hardy 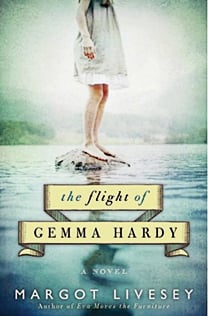 In 1958, at the age of 10, Gemma Hardy is the unwanted ward of her late uncle’s wife. She is sent off to boarding school, where she earns her keep by cooking and cleaning and where she must fend off the abuse of other students. Clever and hard-working, Gemma is not quite 18 when she goes to work as the au pair of an unruly little girl who lives with her uncle, the mysterious Mr. Sinclair, in the Orkneys in Scotland. Despite the differences between Gemma and Sinclair—he is more than twice her age, educated and of means—a strong connection sparks between them. Then Gemma discovers a secret from his past which she cannot abide.

Sound familiar? It should—the story is based quite closely on Jane Eyre, Charlotte Brontë’s tale of the feisty, wise-beyond-her-years orphan, still widely read more than 150 years after publication. So why reinvent one of the great classics of English literature? Part of Jane Eyre’s brilliance lies in its portrayal of children as both sophisticated and vulnerable emotionally—they “can feel,” Brontë wrote, “but they cannot analyze their feelings.” Livesey’s adaptation brings those feelings into closer relief, granting readers greater intimacy with the beloved character.

While Gemma, like Jane, is remarkably resilient, she is not immune to the confusion and contradictions that live in all young people. When her aunt puts on a rare show of tenderness, Gemma unwittingly melts—“It was so long since anyone had touched me with a semblance of affection.” When her cry for help lands a teacher in trouble, she atones with fervour. Desperate to discover her roots, she betrays a couple to whom she has become close. And on the romance front—this is, above all, a love story—Gemma is idealistic but also red-blooded. Livesey does not shy away from the inherent discomfort in the story’s liaison between a teenager and much-older man, but Jane Eyre fans will not be disappointed—not one ounce of passion is sacrificed.