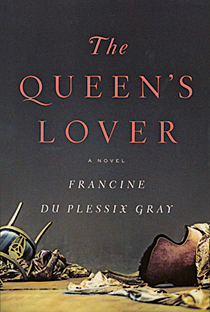 The story of Marie Antoinette is so well-known it takes an author as skilled as du Plessix Gray to breathe new life into the doomed queen of France, which she does by delving into a secret amour between the dainty royal and a dashing Swedish aristocrat named Count Axel von Fersen. Told from the count’s vantage point, in part by using his real diaries and letters, Gray deftly weaves fact and fiction to create a thrilling, insightful romp filled with heroes, villains and treason.

They were both 19 when Fersen first met his beloved “Toinette” at a ball in 1774. She was the wife of the French dauphin, he was gaining a well-earned reputation as a handsome seducer. Though historians have long debated whether their relationship was actually consummated, Gray’s fictional account pins the date to July 15, 1783, after he returned from fighting for the Americans in their independence war. The lovers’ sybaritic idyll would be short. Six years later France was in turmoil. As the political situation became grimmer and the threat of violence intensified, Fersen devised a plan to inconspicuously smuggle them out of Paris in 1791. But the royal family didn’t do “modest,” and their convoy was soon stopped and turned back. Fersen, waiting in Belgium, was anguished. “All is lost,” he writes to his father. His lover was equally alarmed. “You must not write me, for that would endanger us,” she warns. “Above all, do not come back here on any pretext. They know it was you who got us out of here and you would be doomed if you were to return.” He never did. The king was soon guillotined in front of a Parisian mob. In 1793, Marie Antoinette shared her husband’s fate. In Gray’s novel, Fersen mourns by going on a sexual bender.

The real Fersen eventually became a prominent member of the Swedish government. But the tumult that had enveloped France was also loose in Scandinavia. On the 19th anniversary of that foiled royal escape from Paris, he was killed by a mob thirsty for aristocratic blood. A bystander later returned his gold watch to his family. It had been a gift from his Toinette.