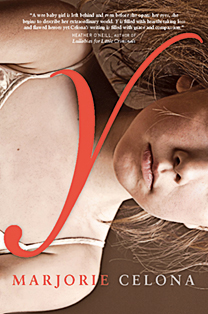 Canada’s 2011 census is the first ever to include a tally of children who live in foster care in this country. Their previous absence from the books might best be described as the bureaucratic equivalent of a wrenching experience all too common among kids in care—the feeling they don’t count. It’s a feeling Shannon, the protagonist of Marjorie Celona’s Giller-nominated debut novel, seems to struggle with at every turn. Shannon’s life begins at the Y, as she declares in the book’s very first line. That is, the YMCA of Victoria, where is she left on the doorstep a few hours after her birth. From there she is placed in foster care and cycles through several homes before landing with Miranda, a stingy but loving single mother.

Miranda and her daughter, Lydia-Rose, six months older than Shannon, are the nearest thing to a family Shannon has ever known, yet she never quite settles into their home. Celona does a beautiful job bringing to life Shannon’s insidious insecurity: how, at age five, she can’t muster the courage even to whisper to her social worker that she thinks she loves Miranda; her dogged (and ultimately futile) attempts, at age 10, to make sense of the French knitting kit Miranda has given her for Christmas (a garage sale purchase); her inability, still, at age 15, to sleep through the night. Shannon is tough, funny and sympathetic but she’s also cavalier about helping herself to Miranda’s petty cash and reading Lydia-Rose’s diary. She has plenty to be angry about, and not just her ill-fated start in life: for years, she watched Miranda and Lydia-Rose trot off for “mother-daughter” lunches.

Alongside Shannon’s story runs a parallel narrative—that of the wild and tragic days leading up to her abandonment. This reads almost like a modern-day fable—complete with a family that lives in the forest—but somehow makes sense as a complement to the more trudging tale of Shannon’s growing up. It measures up, in dramatic value, to the kind of bravery it takes to cope with losing your family.