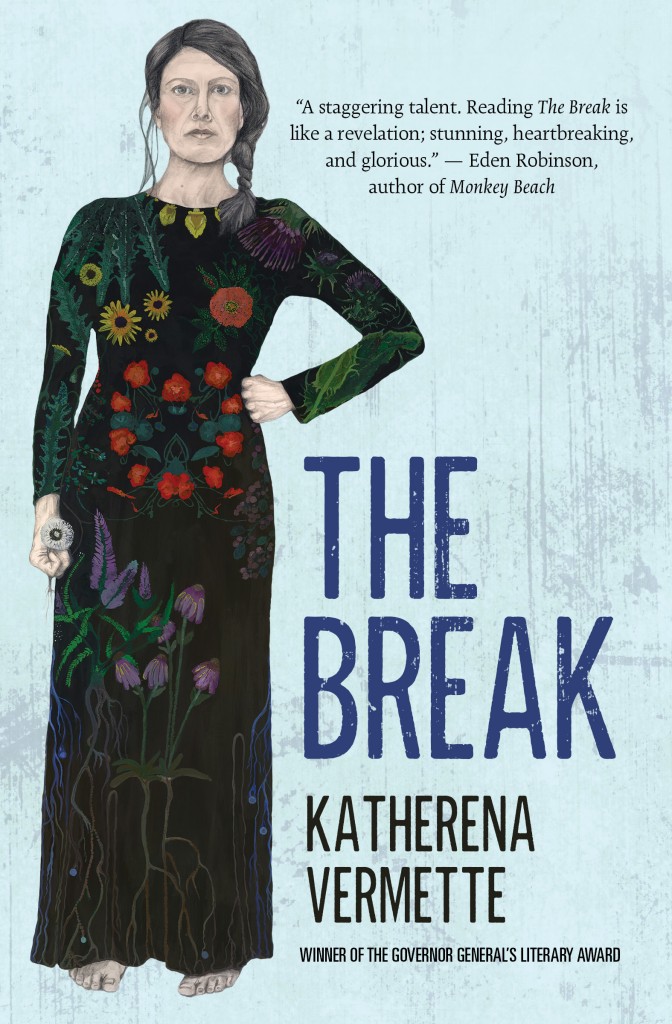 Katherena Vermette is nominated for the Rogers Writers’ Trust Fiction Prize for her novel The Break. The winner will be announced at the Writers’ Trust Awards ceremony in Toronto on November 2. The winner receives $25,000. Each nominee receives $2,500. Every day until the winner is announced, Maclean’s will publish an excerpt from each shortlisted writer, along with their answer to this one question: Is there a non-contemporary author (i.e. dead and gone) you admire whose influence you feel in your own work, and how? Here is Vermette’s response, and here are other responses from other authors.

Even though it feels cliché, I am going to say Louis Riel. I think most Métis people have wanted to have a conversation with Louis at one time or another, and I am no exception. But me, I’d like to talk about writing too. I wonder if many people know that in addition to being a resistance fighter, Louis was also a poet. From the lovelorn odes of his time in Montreal to the lyrical contemplations of his tragic last days, Louis wrote many poems and filled many journals. He seemed to write for personal catharsis and spiritual inspiration, and not for praise or even notice. European critics are mixed as to whether or not he was any “good,” but I think the cultural value of his work supersedes any simplified label like that. To me, his poems feel like the first drafts of someone who never had the time to fully concentrate on his craft. And, this work is one of the many things I wish he could have had the opportunity to accomplish.

The following is excerpted from pgs. 243–244 of The Break copyright © 2016 by Katherena Vermette. Reproduced with permission from House of Anansi Press Inc., Toronto.

It’s only a dream, my Stella. It’s something I don’t know, not all the way, or understand.

I have never seen a white light. No one in a long coat or cape has ever shown up and told me where I am supposed to go, or what I am supposed to do now. I’m just here. It’s like a dream but all the same too. Because I stay here where I have always been, with all these falling-down houses and Hydro towers, all these overgrown trees and sad women. In the old house on Atlantic with its wide unmade bed and the kitchen that always smells like five different meals at once. I stay with you, my girl. I was there when you were in my mother’s arms or the old velour chair, when the two of you rocked each other to sleep. I was there.

For a long time, I waited. Waited for a light, or for someone to show me the way and what I was supposed to do.

I waited in that old house a long time after you had all gone. Then I wandered through the snow and streets hoping to find you, like you were the lost ones, not me.

When I heard you, with such pain and sadness still, and I only wanted to be near you. Still needed to be needed by you. I am the light breath and wind around you. I am the knowing that you are never really all alone. You are all of my strength and none of my weakness. You are the dream my life made. Those are the best things I can ever do for you.

A storyteller once told me our languages never had a sense of time, that past and present and future happened all at once. I think this is how it happens for me now, all the same time. I think this also is why you don’t let me go, because I am still happening.

None of us ever lets go, not really. No one has ever shown us how. Or why.

But you are so strong, so much stronger than I ever was. I have no doubt you will make it through anything. You just have to take it as it comes.

And it will come.

Excerpted from pgs. 243–244 of The Break copyright © 2016 by Katherena Vermette. Reproduced with permission from House of Anansi Press Inc., Toronto.