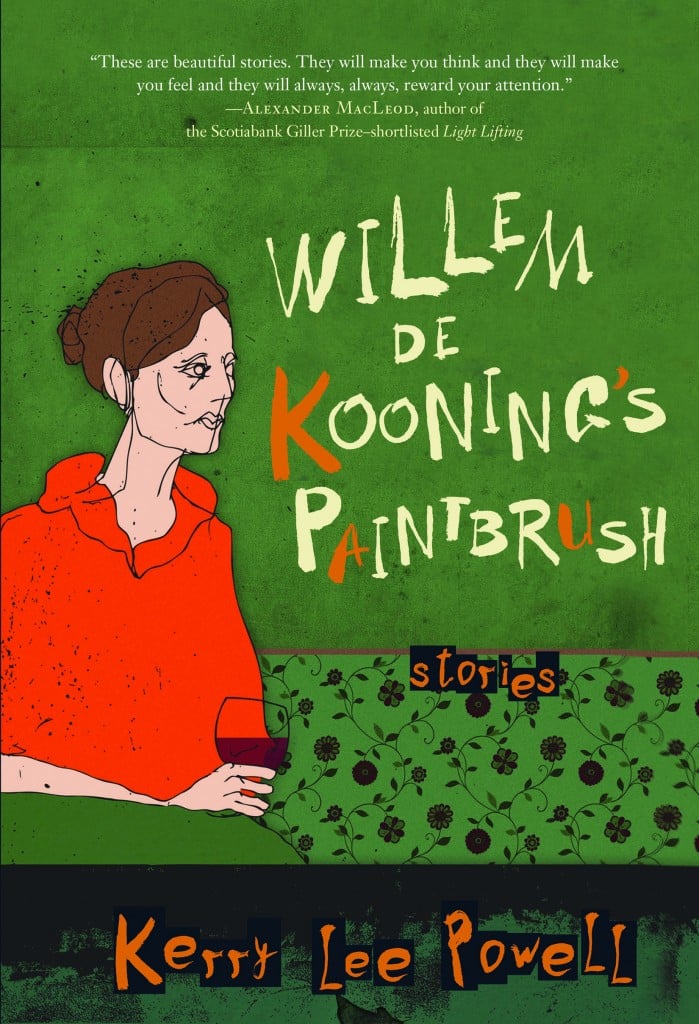 Kerry Lee Powell is nominated for the Rogers Writers’ Trust Fiction Prize for her novel Paintbrush. The winner will be announced at the Writers’ Trust Awards ceremony in Toronto on November 2. The winner receives $25,000. Each nominee receives $2,500. Every day until the winner is announced, Maclean’s will publish an excerpt from each shortlisted writer, along with their answer to this one question: Is there a non-contemporary author (i.e. dead and gone) you admire whose influence you feel in your own work, and how? Here is Powell’s response, and here are other responses from other authors.

This is tricky, but if forced to pick a single influence I’d say Truman Capote has had more of an impact on my writing life than anyone else. As someone who moved around a lot, I identified with the figure of Capote and the freedom his outsider status afforded him as a writer. I read him first as a teen, but I’m still enthralled by the music of his language, his mastery of form and his profound understanding of human emotions. His work contains moments of great poise and lyrical beauty, but he also has a kind of jazzy ebullience that is extremely difficult to pull off. It’s tragic that his addictions got the better of him, and that he’s remembered largely as a caricature these days. He’s one of the few writers I know who can make readers laugh and cry in the space of a few sentences.

The two brothers stepped down from the porch and onto the gravel drive. They were fit, long-legged, middle-aged men, often mistaken by strangers for twins although Maitland was five years older. William was still golden-haired. Maitland was ashy, had always been darker. In their youth they had both been champion runners, and still ran now although they’d worn away so much cartilage in their knees that they hobbled out of bed each morning. William was faster, came a few seconds shy of making the Olympics while his college rival had raced on a shorter track in the States and qualified, a story the family retold in the hushed tones of a Greek tragedy.

But what they did on a racetrack with a stopwatch was nothing compared to what they’d done out here in the woods. It made Maitland catch his breath just thinking about them racing on cloudless nights, so fast they felt weightless, two disembodied spirits flying over the raised logs that Barry set up as a makeshift obstacle course, the ruins of which still rotted in the undergrowth beside the driveway.

“There will be hell to pay when he finds out,” said Maitland.

“It’s not up to him anymore,” said William. “There are other people now. People who might get hurt.”

He gestured towards the small beach that Barry had carved out when the grandchildren started to arrive, heaping bulrushes onto his boat, slashing the high weeds on the shoreline. Maitland followed his gaze, glanced at the bright colours flitting in the sunlight, made out a child’s bonnet and snatches of picnic things. It was an Indian summer, July in September. If he wasn’t too cranky or exhausted, Barry might tell stories to the wide-eyed children by the flushed light of the wood-stove tonight, his voice pitched to a disturbing sotto voce.

He was always the life and soul of any party. Even after he joined AA there was never really anyone else in the room when Barry was around. He didn’t get old the way other people did. He just got Barry-er, his body wizened to beef jerky, emerging, whenever their cars pulled into the driveway, from the wall of green undergrowth like some creature out of a legend.

His hold over them was still powerful enough that they dropped their weekend plans when he summoned them here, ostensibly for an off-season duck hunt. The summons wasn’t unusual; he had a long and flagrant history of flouting local enforcers. What was unusual was his tone of voice on the phone: harsh and hollow, as though calling from a great distance. It made Maitland wonder if Barry was hitting the bottle again.

William was too young to remember, but in the beginning, Maitland had been the retriever, wading up to his waist in the marsh to clasp the ducks by their limp necks. He stacked them on land with their beaks facing the same direction, marveling at the ovoid skulls, peacock sheen and sculpted nostrils, the occult mystery of their lifeless eyes, staring out into blackness.