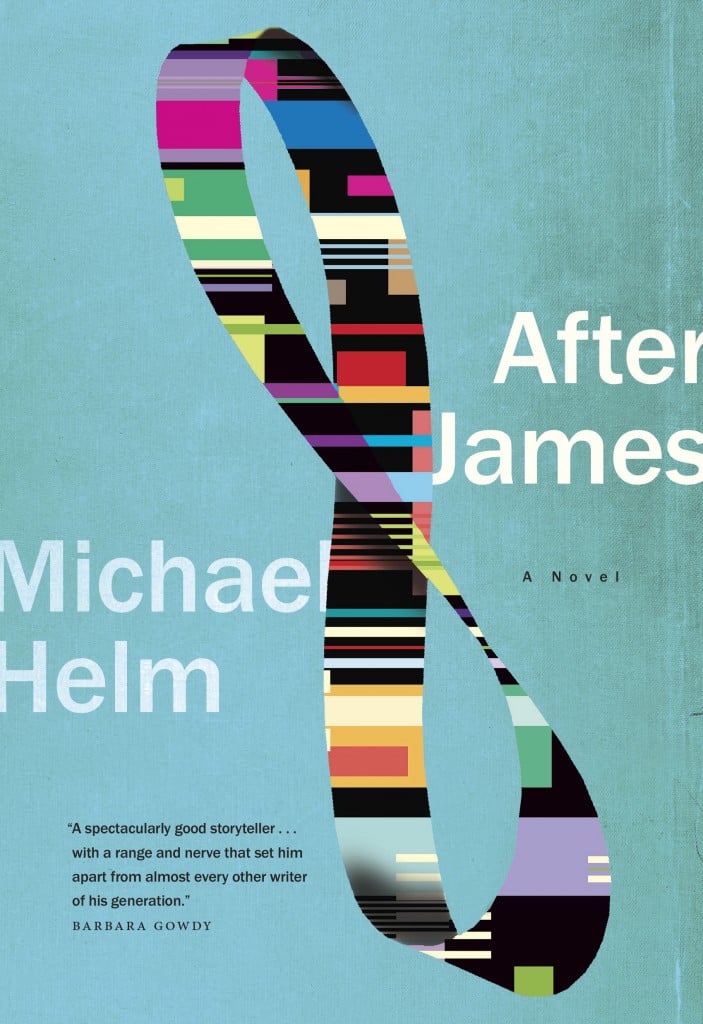 Michael Helm is nominated for the Rogers Writers’ Trust Fiction Prize for his novel After James. The winner will be announced at the Writers’ Trust Awards ceremony in Toronto on November 2. The winner receives $25,000. Each nominee receives $2,500. Every day until the winner is announced, Maclean’s will publish an excerpt from each shortlisted writer, along with their answer to this one question: Is there a non-contemporary author (i.e. dead and gone) you admire whose influence you feel in your own work, and how? Here is Helm’s response, and here are other responses from other authors.

He’s not much of a stylistic influence, but since I first tried (and failed) to read his novels when I was in high school, William Faulkner has offered a magnitude I return to and respect. His fiction feels urgent. History and story are pressures he’s releasing into language. His sentences can be direct or baroque and nearly nonsensical. Some of his novels (As I Lay Dying, The Sound and the Fury, The Wild Palms) have original but balanced structures; others (Light in August and Absalom, Absalom!) are structurally out-of-balance in ways that make them move with odd beauty. The best novels are inexhaustible, and we want and need to reread them. Such novels are very rare. Faulkner wrote six or eight such books. His influence on my writing is the heartening example of its achievement.

When the sun breached the hill that morning it caught for the first time since October the narrow edge of the streambed exposed by a break in the trees. By midmorning the haze had burned off and the light made lenses in the ice that melted themselves beneath the surface. The stream began moving and as the thaw took hold in the leaves clotted on the bank and the mud farther along, the water ran into the shade of birch and maples and coaxed snow into motion as, unexampled in memory, the late-winter warmth became a baking heat all in a day, effecting weeks of return in just hours.

The dog kept to the bed, where the vapours were strongest, crazed into the firstness of things. He had come a long way and had organized the scents as they recurred along the route until a new one came on the air and he found himself moving into the leaves. He was at the source and digging before he understood that the form set into the ground was human. The discovery confused him and he backed off the shape and barked and continued barking until the smell sent him forward again in a wonderment half-full of forgetting, and when he followed up from the human hand along the arm and then uncovered the muddy head, the discovery was new again and he ran up out of the trees and stopped and circled back down, then came up a second time and a third. At some point he lowered onto his belly and looked for a long while in the direction of the humanform until a shortened whimper escaped him, the sound sending him to his feet barking again, hearing the strangeness of his sounding in the air of this new place. Again he took the route down the bank and up, barking the whole time, and he stood high now and was about to go back down when the shot tore through him and sent him over the bank and into the creekbed as if even dead he could regard the humanform yet again and again find it a great mystery uncovered but not dispelled.

That night the dog’s body burned along with that of the human he’d found, and then burned again until its ashes were general with all else on the wind. They lifted on the heat and floated out under stars and over the country thawed and returning with a force beyond that of any since people first appeared. They drifted over the creek now run to a river, and a river run into the broken fields and roads and up into the lower slopes of hills, disturbing even the wet, heavy soil there and exposing shards of pottery and bone that hadn’t breathed in centuries and were now carried by water to greater waters and replaced into other muds with other sediments over them. The ashes fell thinly on the currents in greyblack flakes without distinction, and the knowing that was the dog moved there too, running inland to the heart of the wild returned from its dream to its last waking.