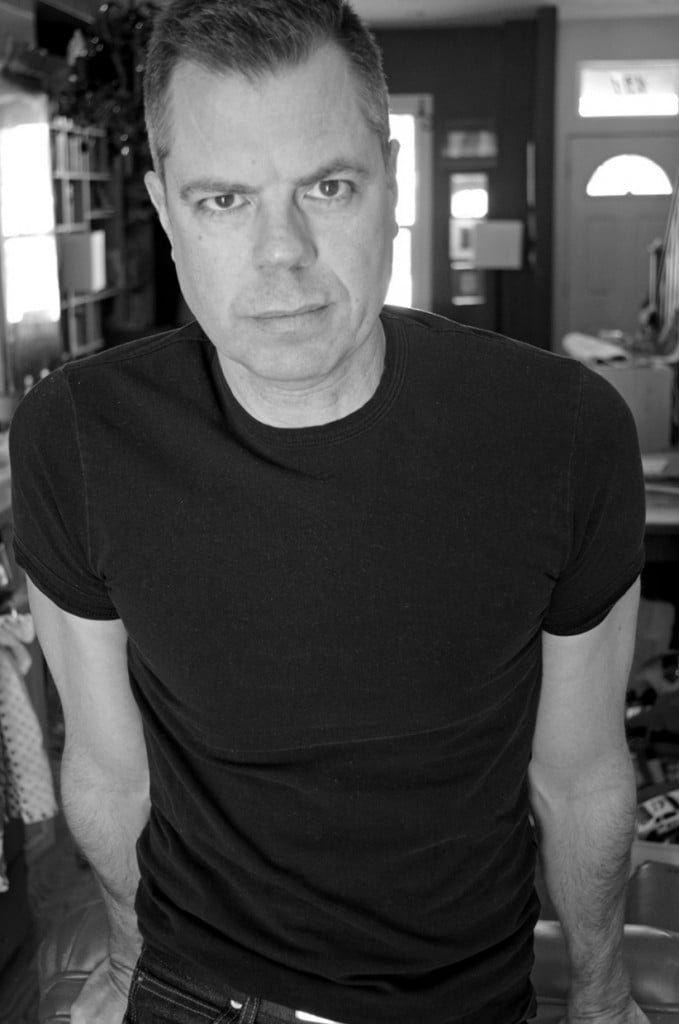 Russell Smith is nominated for the Rogers Writers’ Trust Fiction Prize for his collection of short stories, Confidence. The winner will be announced at the Writers’ Trust Awards ceremony in Toronto on November 3. The winner receives $25,000. Each nominee receives $2,500. Every day until the winner is announced, Maclean’s will publish an excerpt from each shortlisted writer, along with their answer to this one question: Have you ever wished you could change something (whether significant or small) about one of your books after it was published? Here is Smith’s response, and here are other responses from other authors.

Most of my fiction is set in Toronto, and in my early days I would proudly name Toronto streets and other places to give colour and authenticity. I try not to do that now, or do it less: readers shouldn’t have to know a city to picture a scene. It seems lazy now, like using shorthand. I guess I have got more ambitious about the size of my audience. So I would, if I could, go back and replace some of those street names with actual descriptions.

The following is excerpted from “Sleeping With an Elf,” which is itself excerpted from Confidence by Russell Smith © 2015. Published by Biblioasis. Used by permission of the publisher. All rights reserved.

Their favourite restaurant they called the Elf, not because that was its name – its name was something as trying-too-hard as Harvester or Barbershop or Bicycle Shed – actually Bicycle Shed was what they called it too, sometimes, because there were bicycles and tractor parts hanging on the walls, or sometimes they just called it Beards, as when they asked each other, do you want to see beards tonight? Its real name was not well known because of course it was not displayed anywhere; to have a sign on the window in that neighbourhood, at that time, was to admit to an unseemly ambition; you might as well have put up a sign saying Franchise, Inc (actually, they agreed, that would be an extremely clever name). They called it the Elf because there was an elf who worked there. He really did look exactly like an elf in a Christmas drawing: he was just over five feet tall, it looked like, even in his lace-up boots, and extremely skinny and pointy and tiny in all regards, and wore a tall wool toque, in all weather and even in the heat of the open kitchen as he darted in and out from behind the counter carrying tall beers made from local hops and spring water with labels printed on threshing machines, and house-smoked pork bellies and taro chips and bacon-salted brussels sprouts, his stringy little arms all knotted up and his tiny tattoos writhing; his nose was hooked and even his ears seemed a little too large and upright for his body, holding up the enormous black wool cap like trestles. The elf never spoke to Dominic and Christine, or to anybody; he was an angry elf, and that seemed natural, part of the decor too, like the host with the moustache waxed into curlicues and the meticulously banal folk music on the sound system.

“So where would you meet yours?” said Christine. “Online?”

Dominic did not answer, partly because he did not want to – of course he would go online, like everybody else, but he was not ready to talk about his part in the dangerous game, only to hear Christine’s – and partly because he was trying to swivel his body around a few degrees so he could get at least a glimpse of the tables to his right where he thought he had seen Concetta Accoglienza sitting with a tightly clad young woman possibly her daughter. This operation made him wince, because of his stupid f–king hip and knee and whatever the f–k was fritzing out or rotting or disappearing in his nerves. His cane was gone, taken away with his coat and hooked onto a rack near the entrance. He was going to try to do without the cane if he had to make it past the kitchen to the washroom. Which was good, he could be stronger, he could try to do without it more, and Christine hated seeing him with it.

“Don’t look at her,” said Christine. “Don’t you want to play the game?”