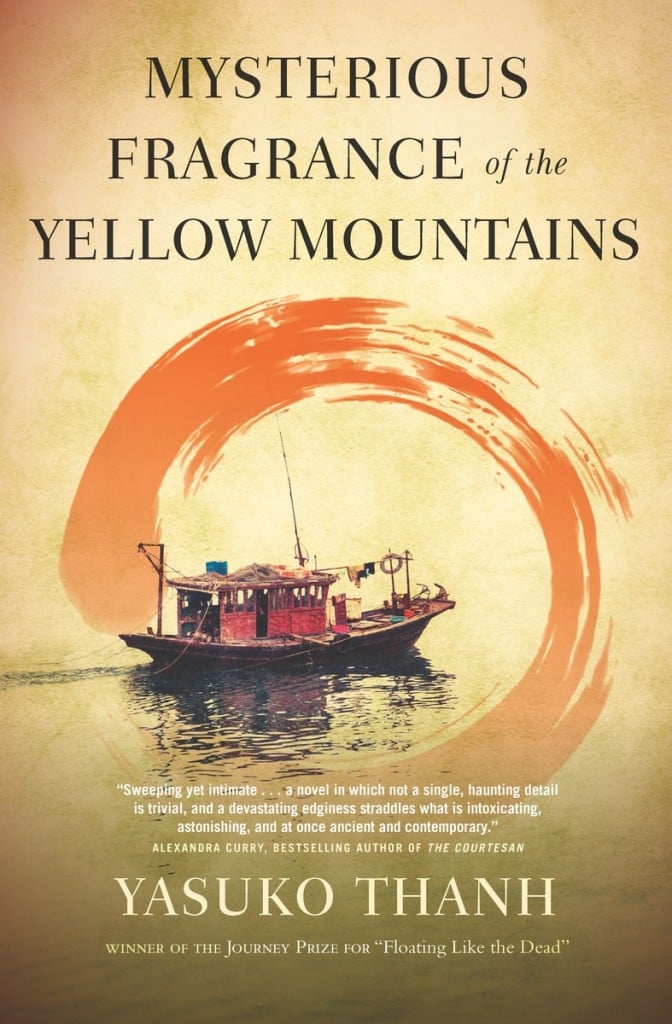 On Nov. 2., the 2016 Rogers Writers’ Trust Fiction Prize went to Yasuko Thanh  for her novel Mysterious Fragrance of the Yellow Mountains, winning her $25,000. (Each nominee receives $2,500.) As part of our coverage of the prize, we published an excerpt from each book, along with their answer to this one question: Is there a non-contemporary author (i.e. dead and gone) you admire whose influence you feel in your own work, and how? Here is Thanh’s response, and here are other responses from other authors.

I’m a junkie for José Saramago. I discovered him a couple of years before his death in 2010 and after reading The Cave, immediately went to a bookstore to buy everything by him they had. Since it was a used bookstore, I found some but not all of his cannon, and when I’d finished – completely addicted – felt I wouldn’t be able to make it through the month if I couldn’t get more. His intertwining of the fantastic and commonplace to reflect light on love, politics, social isolation, and identity is something I admire, as well as his skill in revealing truths about humanity through oftentimes humble characters, as unsophisticated as they are unexpected (including dogs and elephants!).

The following is excerpted from Mysterious Fragrance of the Yellow Mountains by Yasuko Thanh. Copyright © 2016 Yasuko Thanh. Published by Hamish Hamilton, an imprint of Penguin Canada Books Inc., a Penguin Random House Company. All rights reserved.

Killing a man is easy. Life is fragile, for one. And the world is poisonous, for two. How poisonous? Cobras, mushrooms, stonefish, apple seeds. Consider the datura plant. Datura stramonium. White flowers the shape of a trumpet and the size of a human heart. The seeds, crushed with a mortar and pestle, are easily processed. Thieves and prostitutes favour its killing properties. Georges-Minh has seen the results in his practice and he has such a flower blooming in his courtyard.

Five men plotted in a circle. Five men, none of them yet thirty. Five men, cross-legged on Georges-Minh’s bed, which took up half the room, no mattress in the Chinese style, carved from the rarest red wood, Georges-Minh’s command centre, where he ate, slept, played cards, and officiated the meetings he held at his house twice a month.

“Mysterious Scent of the Mountains,” said Khieu, who owned an inn with his wife and spent his spare time painting poetry onto the inside of rice-paper sun hats. Had it not been for winter, / the falling snow / might have been cherry blossoms. One day he would close the inn and just sell the hats whose words could be read only when they were raised to the rays of the sun.

His suit was the same type of linen as Georges-Minh’s except that Georges-Minh’s was ironed. His knees sloped, and the collar of his white shirt, where it met the dark line of his stubble, was wrinkled like the rings of a pineapple tree. Smaller than Georges-Minh’s, his thin mouth appeared somewhat lecherous. His powdered hair smelled like jasmine.

He sat to Georges-Minh’s right, so close their knees touched. Georges-Minh stared at his best friend’s thick betel-nut-coloured hands rolling a cigarette as he shielded the tobacco from the wind of a small oscillating fan, wondering why he hadn’t spoken to his wife in so many months.

“No, no, no. I still like Fighting Dragon,” said Trinh Van Phuc, the musician of the group, in an accent that sounded like he was chopping vegetables. Rumour was he’d been married, though he never talked about his wife.

“Or, like I said before,” Khieu said, staring straight at Georges-Minh, “we can make a poison.” He looked at the back of his hand, examined his nails.

“Don’t know.” Khieu lowered his gaze, picked up his hand of cards.

“Mysterious Scent of the … whatever is too … too …” Phuc waved his teacup, trying to catch the right word.

“Perfume sounds like something from a song,” Phuc said. “We’re a revolutionary group – not minstrels.”

“Perfumes are transcendent,” the third man, a horticulturalist, said. The fellows called him Bao, though at his shop he responded with equal ease to Bao or Victor or Mr. Le.

“Not even the kids?” Georges-Minh said. Mostly they kept their private affairs private. Still, the revelation shocked him because Khieu had been married to his wife, Mai, for seven years: they had three children together.

How did they happen? Like a storm that washed your memory of a family the way a rain washed a road in a sudden burst? Or did they happen the way a thief with a bludgeon attacked a family, leaving death in his wake? He imagined Mai running the inn alone, looked down at his cards as if it was his hand that troubled him.

“How many soldiers can there be?”

“You’re both wrong. The exact number is eighty.”

“Do you know nothing? They number over two hundred!”

“We will drive out the French bandits.”

“We will restore Vietnam.”

“We will create a democratic republic.”