Another award, another win for the biography of Joseph Stalin's daughter penned by Sullivan, who thanked Stalin's granddaughter for the access 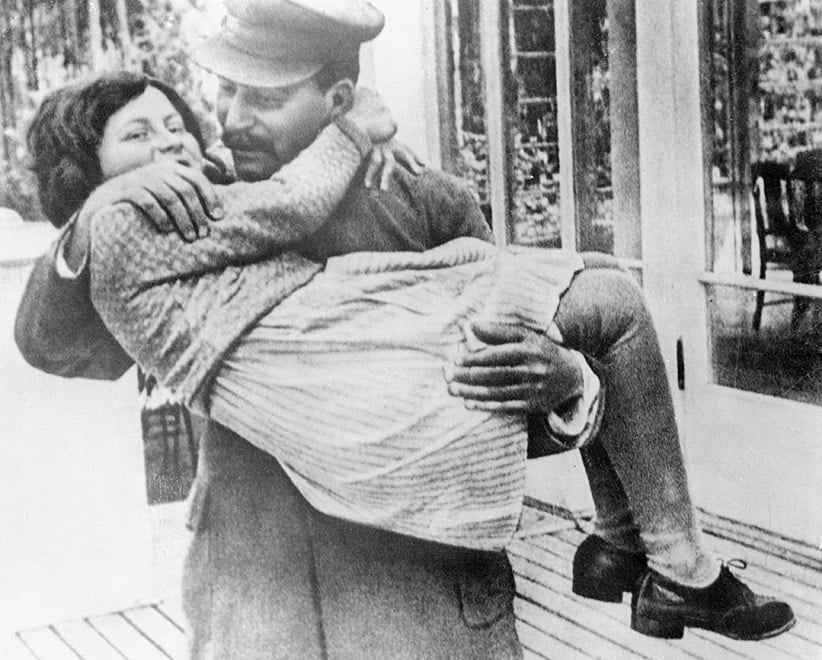 A rare photo of Marshal Josef Stalin holding his daughter, Svetlana. The photo was taken in 1937, at Stalin’s country house in the suburbs of Moscow. (Bettmann/CORBIS)

It’s been quite a run for Rosemary Sullivan and Stalin’s Daughter, the Toronto writer’s remarkable biography of the Soviet dictator’s child, Svetlana Alliluyeva. Sullivan took home the $25,000 RBC Taylor Prize on March 7, the third in a string of lucrative Canadian non-fiction awards that also includes the Hilary Weston Writers’ Trust Prize ($60,000) and the B.C. National Award for Canadian Non-Fiction ($40,000). Prize jurors have universally loved the combination of story—the tumultuous life of a woman with the drive and intelligence of her father (but lacking the will to power at any price)—and Sullivan’s narrative drive. The combination turns the biography into something more than a tale about one woman who couldn’t escape an all-powerful ruler’s shadow; it is a story of all the kings’ daughters, of all of history’s female pawns.

Sullivan spent 3½ years researching and writing Stalin’s Daughter, combing archives in Russia and Georgia and interviewing dozens of people. None were more important than Svetlana’s American daughter Chris, who controlled access to her mother’s most intimate letters. “I needed her to allow me to look at them without any approval rights over the book,” said Sullivan in an interview after her RBC Taylor Prize win. “I sent her my earlier biographies and we met, and we just clicked. I was nervous later, when I sent her the book, because I hadn’t whitewashed her mother, but Chris wrote back that she liked it, that she thought I was on her mother’s side.” That’s one reason Sullivan dedicated her prize win to Chris during her brief thank-you remarks, but the author also wanted to simply salute the very American life of the dictator’s granddaughter, a woman who likes to train dogs and perform stand-up comedy: “Let Stalin roll in his grave.”